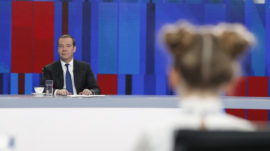 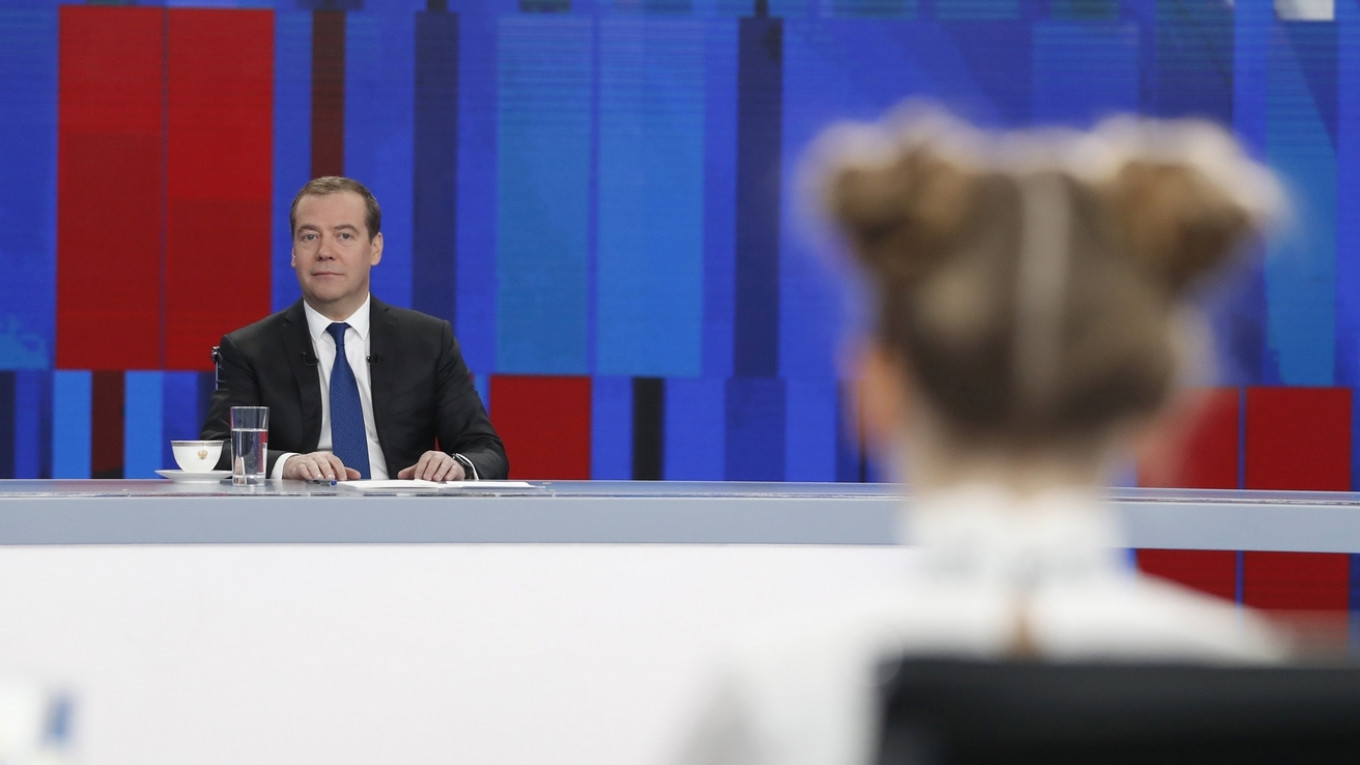 Over the course of two hours, Medvedev fielded questions from 20 news, sports, comedy, music and youth television channels. Despite Navalny’s pleas to raise the issue, none of them asked the prime minister about the allegations of Medvedeva jet-setting across Europe and Russia on taxpayer money.

The Moscow Times has picked out four quotes from the prime minister’s question-and-answer session:

“Clearly, there were certain shortfalls in the conduct of law enforcement, and they need to be taken into consideration. Perhaps we even need to make some changes.”

“But in general, that triggered a strong demand for justice. This demand, among others, boiled over into various campaigns, which in itself is probably completely normal.”

“But speaking out should still be done in the manner prescribed by existing regulations… Otherwise we could sink into very dangerous situations that could become a huge problem in our country.”

“At the same time, any legally authorized activity, including any activity related to expressing one’s views, is acceptable and even necessary. The government must pick up on the mood of society.”

“Nobody is going to block anything. Nothing will happen to YouTube and those who make money on YouTube will still be making money. Although this is not up to us and depends on YouTube’s own policy.”

“The law you are talking about, sometimes called the ‘sovereign internet law,’ is not, in fact, aimed at banning anything… The purpose of the law is completely different – namely, to make sure we do not get cut off from the global network if somebody decides to do that.”

“When, for example, our relationship with the United States turned sour, we know for sure and there were media reports about it, they seriously considered cutting us off from the payment verification system… There is no guarantee that they will not at some point, just for the sake of hurting us, decide to disconnect us from whatever.”

“If people talk about this — if there is a debate, and, most importantly, if people complain — it means that domestic violence does exist, that it has not been invented by journalists nor inspired by enemies, and that this topic exists in reality.”

“Many people believe that [decriminalizing family violence battery] has made the situation worse, not better. Both ordinary people and experts, as well as law enforcement think so. Anyway, I think that in the 21st century no one can derive consolation from the saying ‘If he beats you, it means he loves you.’.”

“A bill has been drafted and, naturally, it is being criticized as well… The problem is how to verify it and whether there is no manipulation, something the critics of this bill talk about. On the other hand, there is neither criminal nor administrative liability in the fabric of this bill, and this also brings up the question as to whether it is needed there or not.”

On integration with Belarus:

“They keep telling us that they are not going to give up their sovereignty. There’s no need to give up anything, on the one hand. On the other hand, any integration – and this is a fundamental legal truth – is about a partial decrease in sovereignty.”

“There’s no need to fear this. All you need to do is take courageous decisions that will allow you to lay a solid foundation for our countries’ economic growth and social development for many years to come.”