5 Moscow ‘Mass Riot’ Suspects to Stay in Custody Until September 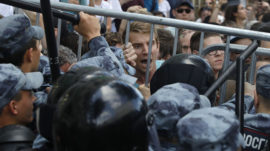 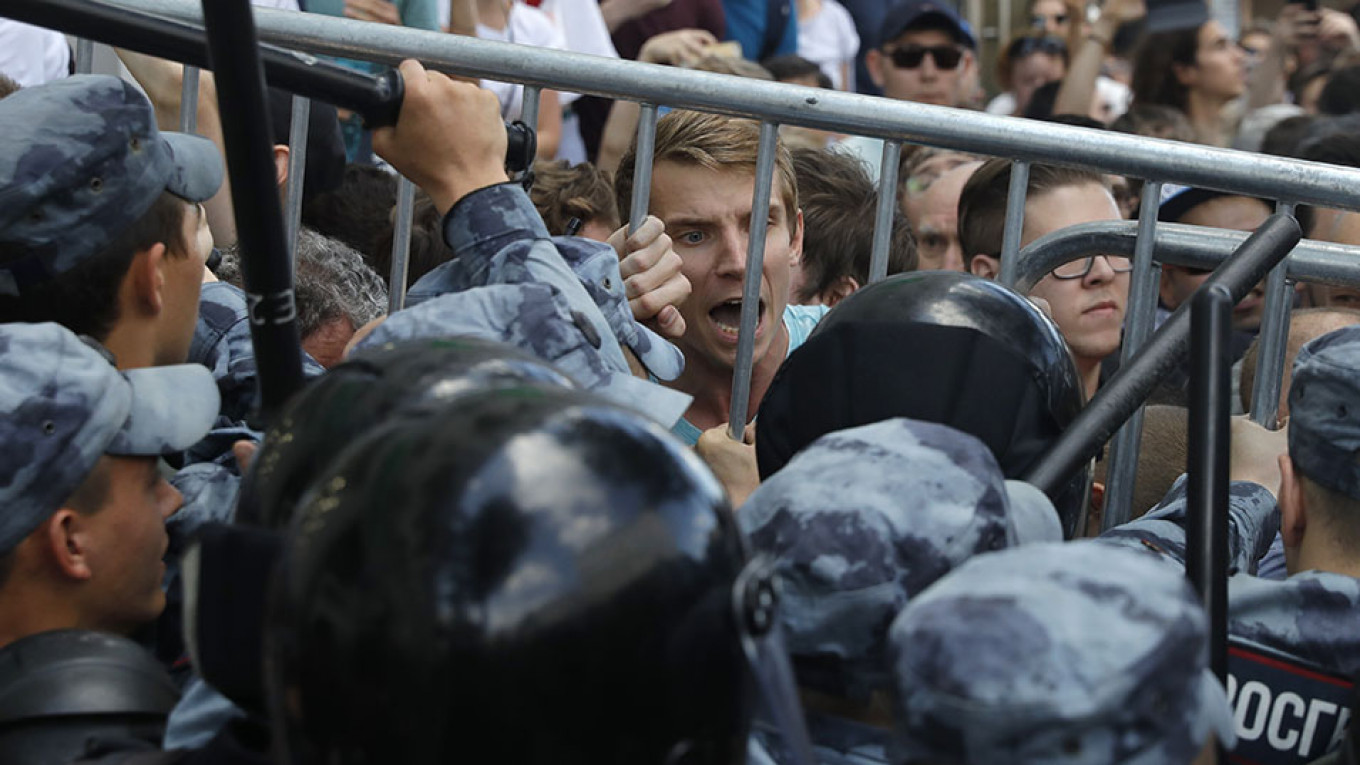 A Moscow court has ordered five suspects in the criminal case into “mass unrest” over last weekend’s opposition protests to be kept in custody until Sept. 27.

10 ‘Mass Unrest’ Suspects Detained Ahead of Next Opposition Rally

All five have denied the charges of organizing mass riots, which carry a maximum prison sentence of 15 years.

Radzhabov is accused of throwing a plastic bottle at a police officer, Podkopayev of bringing a knife and hammer in his backpack and Kirill Zhukov of lifting up a policeman’s helmet visor, according to the independent Meduza news website.

Minyaylo maintained that he had not taken part in the protests on Saturday, saying “law enforcement officers detained me before I got there.”