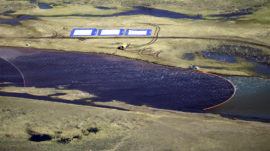 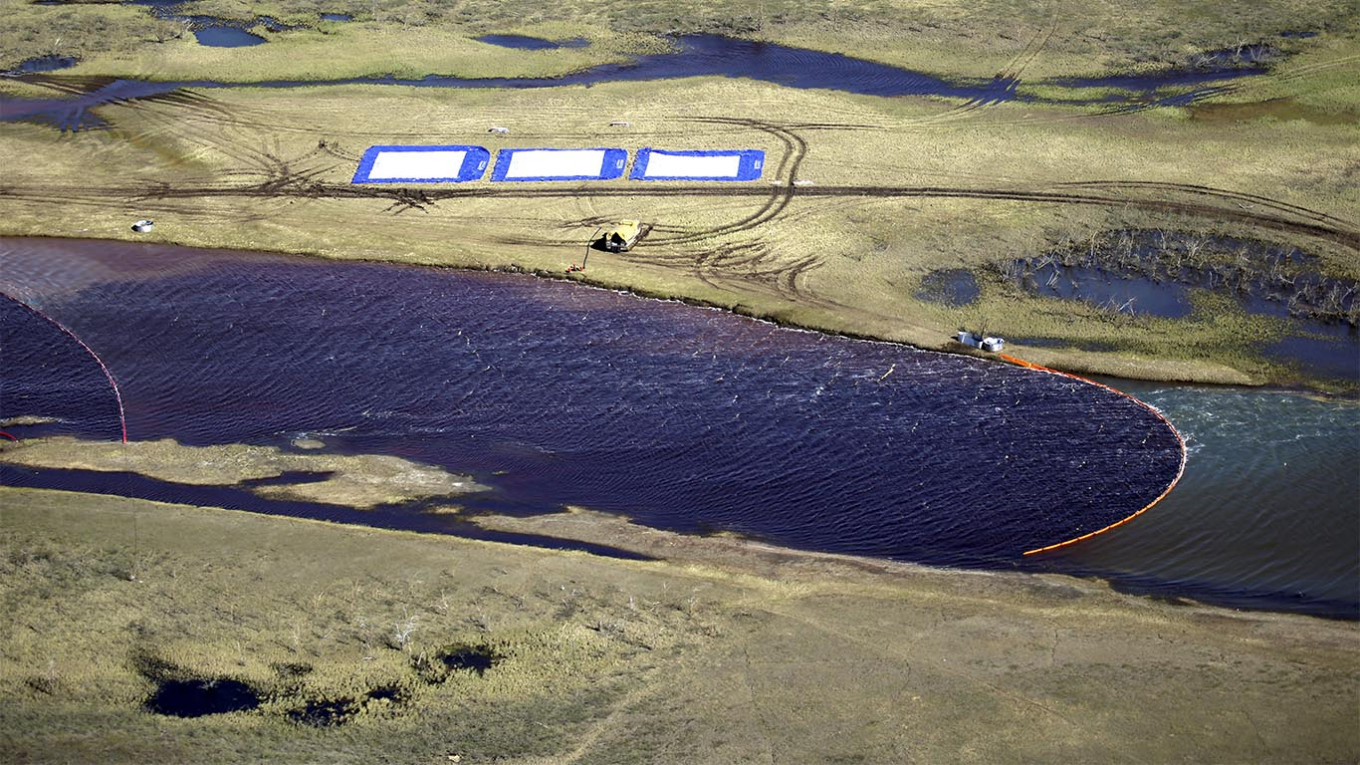 Toxic fuel from a massive leak in Siberia may have already reached the Arctic Ocean despite officials’ claims of successful cleanup efforts, a Russian environmental activist said as he called on the international community to declare the accident a global disaster.

More than 21,000 metric tons of diesel leaked into soil and rivers near the city of Norilsk after a power plant’s fuel tank collapsed on May 29. Officials have said that cleanup efforts had stopped the fuel from spreading further north, where it risked entering the Arctic Ocean.

Moscow-based hydrogeologist Georgy Kavanosyan said he took measurements in the Pyasina River that flows into the Kara Sea, which is part of the Arctic Ocean, that showed more than double the normal concentration of toxic oil products.

“Now the contaminant is getting closer to the Arctic Ocean or it is already there,” he wrote in a letter to Swedish climate activist Greta Thunberg that he posted on Instagram.

Kavanosyan said the particles that dissolved into the water are more carcinogenic and toxic than fuel products collected from the water’s surface. Some, he said in a YouTube video published last Thursday, can penetrate the skin and stay there for decades.

Kavanosyan accused metals tycoon Vladimir Potanin of attempting to cover up the scale of the damage and said he faced a “big risk” by going public with the claims.

The fuel tank collapse took place at a power plant owned by a subsidiary of Potanin’s metals giant Norilsk Nickel, which has said the collapse may have been caused by melting permafrost due to climate change. Permafrost thaw has accelerated with the changing climate, transforming the Arctic tundra while releasing trapped greenhouse gases and contributing to global warming.

“We weren’t able to avoid a massive ecological catastrophe,” Kavanosyan said in the video from Norilsk, where he said he needed to take extra precautions amid tightened security measures in the wake of the spill.

“The scale of the disaster is truly colossal and we urgently need to declare the situation an international environmental disaster,” he said.

Greenpeace Russia says it is the first such large-scale spill in the region beyond the Arctic Circle.

It estimates the amount of damages to the Arctic waterways at 100 billion rubles ($1.4 billion).