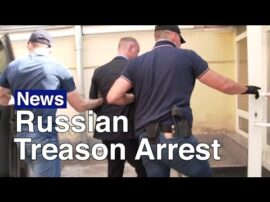 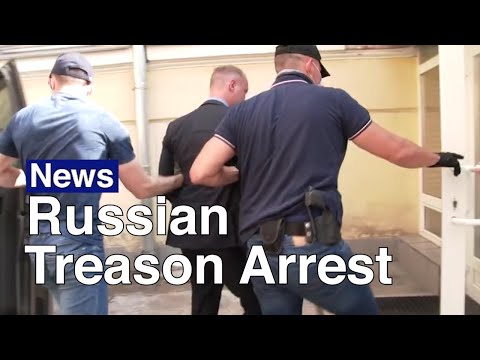 Safronov’s detention comes two months after he became Roscosmos chief Dmitry Rogozin’s adviser. Until May, Safronov had been writing for the independent Kommersant and Vedomosti business dailies for a total of 11 years.

Authorities suspect Safronov of working in the interests of an unnamed NATO country’s secret services, according to the state-run news agency RIA Novosti.

Safronov’s supporters gathered Tuesday afternoon outside the FSB building in Moscow for solo pickets. At least one person — Safronov’s former colleague and deputy head of the foreign desk at Kommersant Yelena Chernenko — has been detained.

State treason carries a prison sentence of up to 20 years in Russia.

The Kremlin denied reports that Safronov may have been detained for his work as a journalist with Kommersant. “Our counterintelligence does very high-quality work,” Kremlin spokesman Dmitry Peskov told reporters during a daily phone briefing.

Safronov was forced to quit Kommersant after 10 years with the newspaper last year after he wrote a story on the impending resignation of Russia’s senate speaker that didn’t bear out.

Safronov then worked for Vedomosti until May, when he quit amid a pro-Kremlin censorship scandal after the paper’s new owners hired a controversial chief editor. The new editor has been accused of altering or deleting articles and opinion pieces about Russia’s oil giant Rosneft, as well as polls showing President Vladimir Putin’s low ratings.

Safronov’s father, Kommersant defense reporter Ivan Safronov Sr., died after falling out of a window in 2007.

Russian Independent Magazine Editor Detained after Police RaidOff and On the Trans-Siberian: The Lacemaker