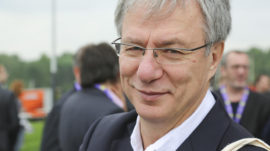 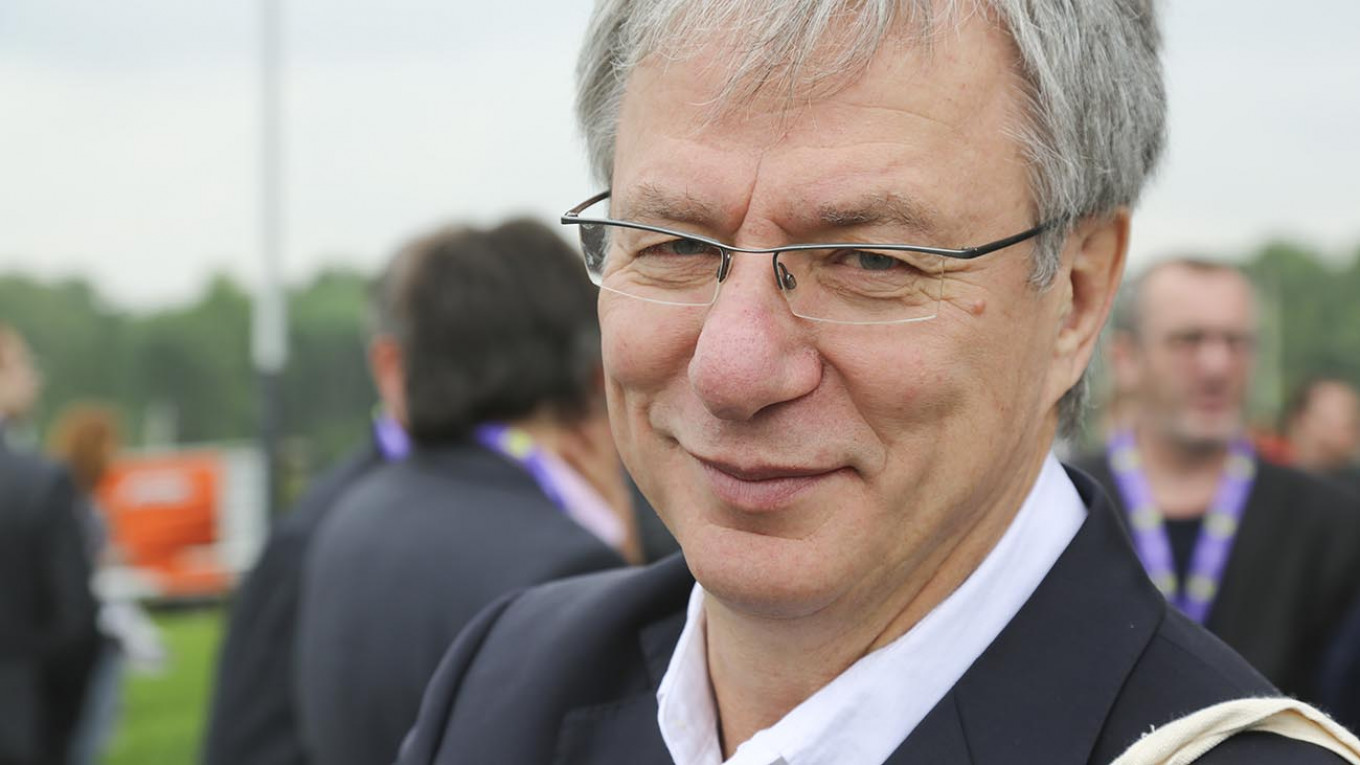 “If you ask me, I would say ‘kill borders’ — they don’t need to exist at all,” says Alexander Galitsky, pushing his closed notebook to the side as he warms to his topic.

Wearing casual trousers, a pullover and ruffled hair, surrounded by programmers, designers and freelancers half his age in the trendy WeWork coworking space in central Moscow, Galitsky wears his libertarian colors with comfort and conviction.

Over the last three decades, he has made his name and his fortune connecting people, money and services in spite of political and technological borders. For his work pioneering WiFi and virtual private networks (VPN) in the 1990s, Forbes magazine named him the most important person in the history of the Russian internet.

His latest project, venture capital fund Almaz Capital, founded in 2008 was designed to connect Western cash with start-ups in Russia and eastern and central Europe. Its offices in Silicon Valley, Berlin, Kiev and Moscow speak to its borderless principles. As do Galtisky’s own Dutch passport and his social media posts in four languages — English, Russian, Dutch and his native Ukrainian.

Today he may be a card-carrying citizen of the world, but Galitsky’s anti-borders agenda was forged in a very different era. For more than a decade he worked in the Soviet space and defense industry, designing radio systems and software for military satellites and holding security clearance level ‘OV’ — the Russian acronym for ‘Special Importance’ — a notch above ‘Top Secret’.

“But where else did we have the ability to work?,” he asks in an interview with The Moscow Times. “We didn’t have anything except government organizations.”

Despite the collapse of the Soviet Union at what could have been the height of his professional career, Galitsky does not count himself among the two-thirds of Russians who regret the end of the communist regime.

“With the change of the country … I dropped everything I was doing before and I became an entrepreneur. Many people tried to keep it, and stay with it, but I decided ‘no, I’m still young, I still have energy, I need to do something else.’”

Months later, as hardline communists tried to oust Mikhail Gorbachev in the attempted August 1991 coup, Galitsky’s American admirers offered to arrange 200 green cards for him and other top Russian engineers to emigrate to the U.S. The coup failed, and while tens of thousands of Russian tech experts headed across the Atlantic — one estimate has it that by 2002, one-third of all Microsoft products were being developed by Russian engineers — Galitsky decided to stay.

After the fall of the Soviet Union, Sun Microsystems and Galitsky seized their chance to work together and, over the next few years, his Elvis+ company pioneered the wireless communications technology that would go on to be called WiFi.

Using a hacked Microsoft device, his team also developed an entire VPN system that could work with the Windows operating system.

“The U.S. were worried that I would start to sell this to some terrorists or something. It caught the interest of the National Security Agency (NSA) and a big investigation started — did I steal the software, or did I develop it? This is how I became visible in the U.S., how I made money, and how I received a lot of trouble from the NSA.”

That was Galtisky’s second run-in with the U.S. authorities following a 1993 report in The Washington Post that linked him to attempts to sell Soviet weapons technology to China and the Middle East.

He cleared his name on both occasions, and used the opportunity of his time with U.S. senators to push them to drop rules prohibiting the sale of U.S.-created cryptography around the world.

Before the end of the 1990s, Galitsky did join the swathes of Russians heading west, settling in The Netherlands to set up a few more companies.

He is now officially based out of Almaz’s headquarters in Silicon Valley, and still brushing up against borders and boundaries — the latest Almaz fund is prohibited from investing in Russia as a result of requirements placed on it by backer the European Bank for Reconstruction and Development (EBRD), which stopped funding Russian projects after the annexation of Crimea and shooting down of Malaysian Airlines flight MH17.

“Governments can harm anyone”

More than twenty years on from his run-in with the NSA, Galitsky still spends a significant amount of time thinking about the intersection of politics, regulation and technology. Despite being one of the fathers of the Runet and leading advocates of an open online space, Galitsky steers the conversation away from the Kremlin’s online control toward the global picture.

“It’s a game,” he says, when asked how the Russian government exerts pressure on the country’s top internet companies. “For any country, there are laws and requirements, and you get pressure either directly or indirectly from the government. You can use laws, or something without laws. Look at the U.S., Facebook is under big pressure.”

Returning to his theme, he adds: “Since they are trusted and elected by the people, governments can harm anyone in any country.”

One area where he does concede that Russia punches below its weight is in creating home-grown world-leading companies. “I could not say that here in Russia there are great entrepreneurs — but there are great engineering skills. For me, this is pretty regretful … They are learning, but over the last decade, good entrepreneurs were pretty difficult to find.”

Atomic bombs, viruses and The Terminator

But Galitsky has much wider concerns than Russia’s domestic tech scene or the latest Kremlin proposal.

He believes technology has moved ahead of society’s ability to understand it, creating a dangerous situation where anyone could create “an atomic bomb or a virus,” and Artificial Intelligence (AI) and real-time face and voice rendering are unknown factors.

“Tomorrow we will be replaced, like ‘The Terminator … Using a computer you can be completely me,” Galitsky says.

His diagnosis is a familiar one. It echoes concerns raised by his former mentor, investor and business partner Bill Joy in a seminal 2000 Wired essay, in which he also compared the speed of technological progress to the development of nuclear weapons.

Joy called on the technology industry to practice more self-restraint, but despite seeing himself as a libertarian, Galitsky wants governments to address the issue. In this, he says, they are acting too slowly.

“We’d like to catch terrorists and criminals, but we don’t want to break people’s privacy. So where is the line? At the moment, there’s a lot of ‘blah blah blah’, but nobody is making any decisions.”

Galitsky freely admits that he does not have the answers to these ethical dilemmas. But, channelling Joy’s warning from 20 years ago, he is convinced of the need to act quickly.

“When will it happen? I don’t know, but the idea is that we need to be ready — know how to operate, and how to deal with it.”

Ever the libertarian, he seems sceptical of whether governments will strike the right balance.