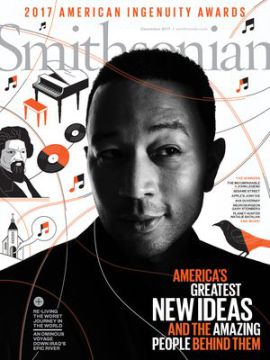 The Renaissance began in Italy more than six centuries ago, and it remains a point of national pride, says the Swiss-Italian photographer Christian Tagliavini, who grew up in Parma. His new series “1406” (for the birth year of the painter Filippo Lippi) draws equally on that “incredible period,” as he calls it, and today’s technology. Tagliavini began each artwork, which might take months to complete, using design software to create a unique costume evoking the 15th century. He constructed parts of some elements, such as the striking headgear in La Moglie dell’Orefice (The Wife of the Goldsmith), with a 3-D printer. And the models? He scouted them on Facebook and Instagram. “I can’t have someone who looks too modern,” he says. “I try to find faces from the past.” The result is an uncanny homage to the old masters with a 21st-century twist.