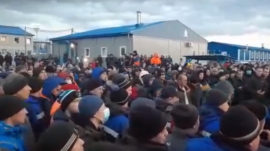 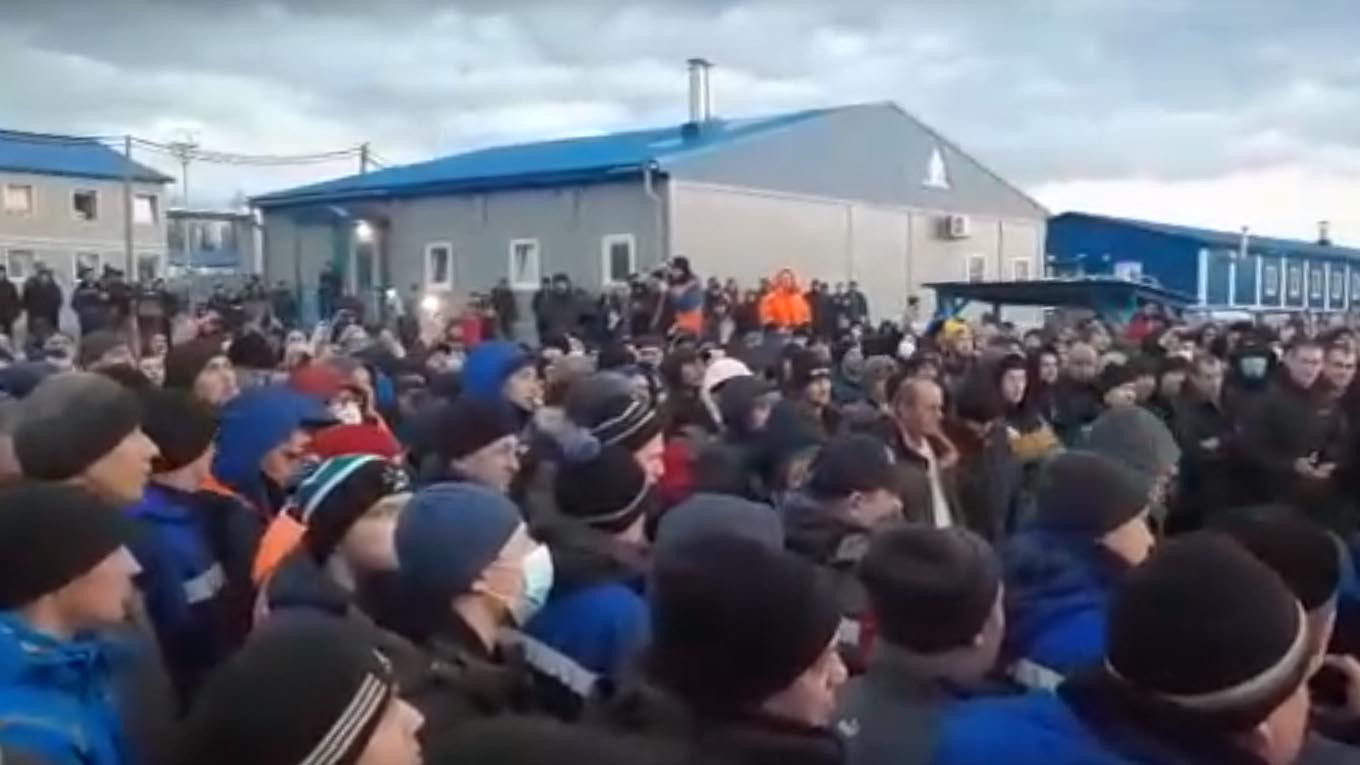 Footage from the Gazprom energy giant’s Chayanda field, which supplies China with natural gas through the recently launched Power of Siberia pipeline, showed laborers crowded outside their barracks in violation of social distancing guidelines. Authorities quarantined Chayanda in mid-April after at least seven workers tested positive for Covid-19, a figure that surpassed 50 by Tuesday.

“They’re feeding us animal feed. We’re being held like pigs, are we pigs?” the workers can be heard saying in a profanity-laced address, according to a video published by the Yakutia.info news website.

“Where’s the quarantine? Where are the masks? There’s nothing! They drove us all into dorms, we’re carrying all kinds of infections,” the workers continue.

The Russian republic of Sakha’s crisis center took samples from all 10,500 Chayanda field workers and is awaiting coronavirus test results, according to Yakutia.info. “There are a lot of infected people, according to preliminary data,” the crisis center was quoted as saying.

In an open letter quoted by Yakutia.info, the workers complained of being kept in the dark about their results for almost a week (the tests were said to have been carried out last Wednesday, April 22) while living in cramped conditions.

“Avoiding physical contact is absolutely impossible in such living conditions. We eat from the same dishes, wash in communal baths and showers and change the same bed linens,” they wrote.

“Together with these circumstances, the simple lack of information about people’s fates, about the fate of infected people, can lead to irreparable consequences.”

Sakha governor Aysen Nikolayev later vowed to return the workers to their home regions, where healthy workers will be placed in observation and infected patients hospitalized, the crisis center said. Federal officials have ordered the Emergency Situations Ministry to start constructing a field hospital near Chayanda on Thursday, Nikolayev added.

The republic of Sakha has reported 166 coronavirus cases as of Tuesday. Russia’s nationwide total rose to 93,558 that day, placing it eighth among the countries most-affected by the pandemic.