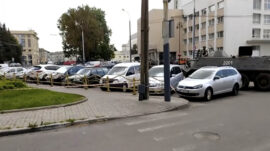 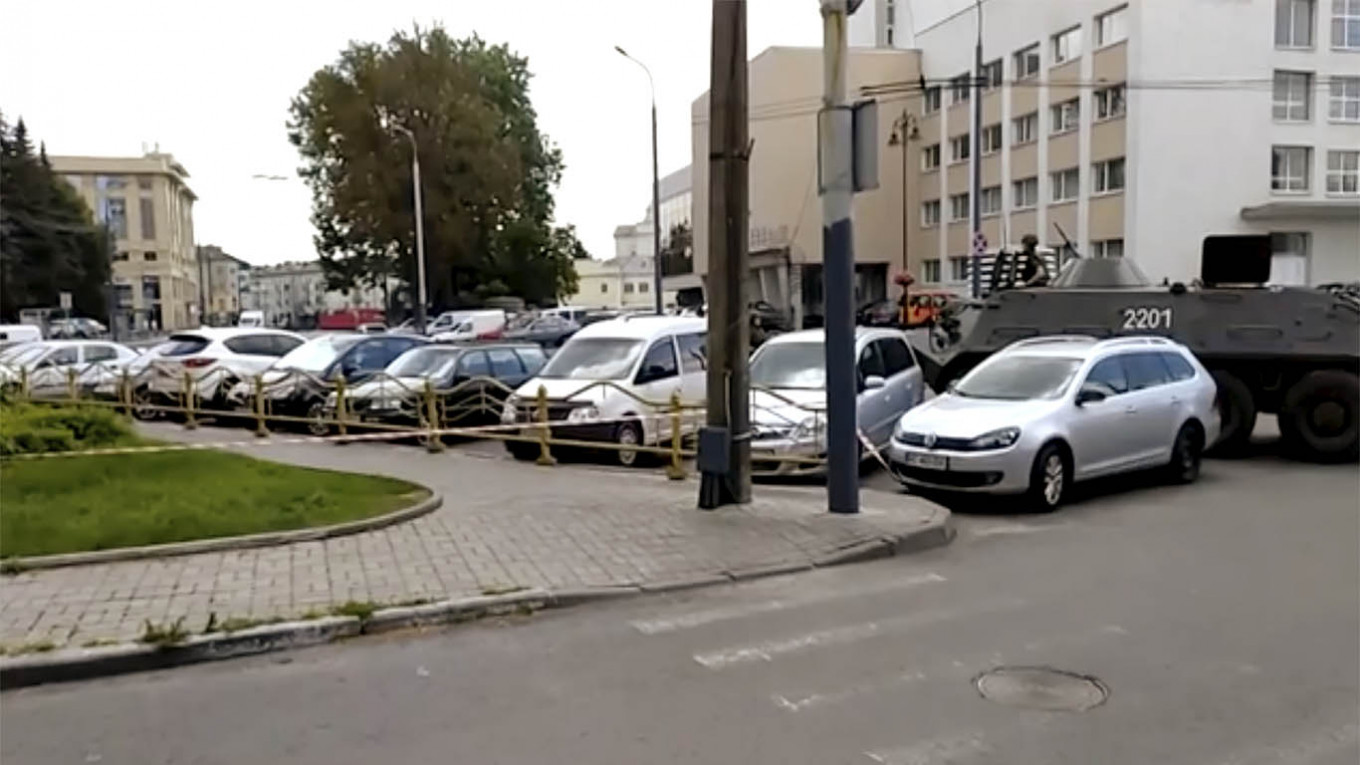 Ukrainian police were holding tense negotiations on Tuesday with a man armed with explosives who took 20 people hostage in a bus and claimed to have planted a remote-controlled device in the western city of Lutsk.

Police cordoned off the center of the city of over 200,000, some 400 kilometers (250 miles) from the capital Kiev, and asked residents not to leave their homes or places of work.

The hostage-taker also fired shots at a police drone that flew over the bus and threw an explosive package into the street, deputy interior minister Anton Gerashchenko told AFP.

Earlier the attacker threw a grenade from the bus, which, fortunately, did not detonate,” a police statement said.

Video footage and pictures published by local media showed armed police around a blue and white bus with several windows shattered and its curtains drawn.

Police said the SBU security services, which combat terrorism and are involved in counterintelligence, were also on site.

The prosecutor general’s office said the attacker claimed there was a separate explosive device located in a public place in the city that could be detonated remotely.

The hostage-taker initially made contact with the police and identified himself as Maksym Plokhoy — a pseudonym which translates to “Bad Maxim” — Gerashchenko said.

Kryvosh previously spent around 10 years in prison on charges including fraud and illegal handling of weapons, Gerashchenko said.

He was believed to have undergone psychiatric treatment, police said, but interior minister Arsen Avakov later denied this information.

Gerashchenko told AFP earlier that law enforcement was talking with Kryvosh in the hopes of resolving the crisis “through negotiations.”

The situation is “tense,” as the attacker is not allowing food and water to be handed to the hostages and does not let them go to the toilet, according to Gerashchenko.

The tweets described him as “anti-system” and made demands of the authorities. The interior ministry told AFP it believed the accounts were genuine.

President Volodymyr Zelensky described the hostage taking as “disturbing,” adding: “Every effort is being made to resolve the situation without casualties.”

At a press conference later on Tuesday, he said “professionals” were doing “everything” to free the hostages. He also confirmed a line of communication had been opened with Kryvosh but did not elaborate.

Avakov arrived in the region to coordinate the response to the crisis.

Ukraine, which has been fighting Russia-backed separatists since 2014, has been struggling with a proliferation of illegal weapons.

Fighting broke out between Kiev forces and Russian-backed separatists in the eastern Donetsk and Luhansk regions after Russia annexed the Crimean peninsula from Ukraine in 2014.

More than 13,000 people have been killed in the fighting so far.

Police in late 2017 stormed a post office in the eastern city of Kharkiv, where an armed man claiming to be strapped with explosives captured 11 people.