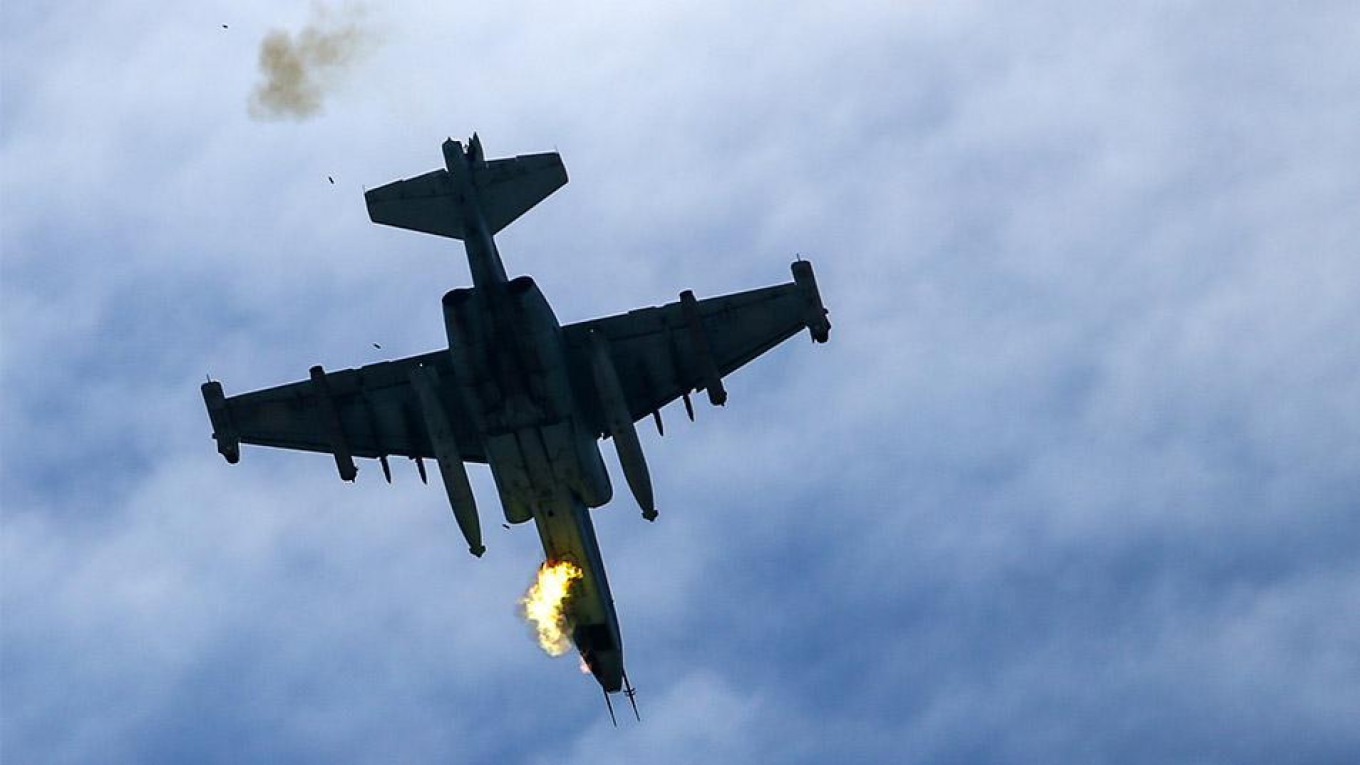 Armenia said Tuesday that a Turkish fighter jet had shot down one of its warplanes during heavy fighting with Turkey’s ally Azerbaijan, but Ankara fiercely denied the claim.

Direct Turkish military action against Armenia would mark a major escalation after three days of heavy fighting between Armenian and Azerbaijani forces over the breakaway region of Nagorno-Karabakh.

The two sides have defied calls for a ceasefire over Karabakh — an ethnic Armenian enclave that broke from Azerbaijan in the 1990s — and are both claiming to have inflicted heavy losses on opposing forces.

Ankara has backed Azerbaijan in the conflict and on Tuesday the Armenian defense ministry said a Turkish F-16 flying in support of Baku’s forces downed an Armenian SU-25 warplane.

“Armenia should withdraw from the territories under its occupation instead of resorting to cheap propaganda tricks,” said the aide, Fahrettin Altun.

Armenia and Azerbaijan have been locked for decades in a territorial dispute over Karabakh and have blamed each other for sparking fierce clashes that erupted on Sunday and have since caused nearly 100 confirmed deaths.

Foreign powers including the United States and Russia have called for an immediate ceasefire and a return to negotiations over the future of Karabakh that have been stalled for years.

The UN Security Council was scheduled to meet Tuesday for an emergency meeting on the escalation, but neither side showed any signs of standing down.

The Armenian defense ministry said separatist forces in Karabakh had repelled Azerbaijani attacks along the frontline and that “the enemy suffered serious losses in manpower.”

In Baku, officials denied that Armenian-backed separatists had regained control of territory they lost in Sunday’s fighting.

Azerbaijan said its military had repelled an Armenian counterattack and destroyed a motorized column and an artillery unit and, later, an entire motorized infantry regiment.

The fighting between majority-Muslim Azerbaijan and Christian Armenia has raised fears of a wider conflict involving regional powers Turkey and Russia.

Armenia is part of a military alliance of former Soviet states led by Moscow and the Kremlin on Tuesday urged Turkey and the warring sides to pursue “a peaceful settlement of this conflict using political and diplomatic means.”

Azerbaijan has not reported military casualties, but the Armenian separatist government has released footage from the battlefield showing what it said were the remains of Azerbaijani soldiers.

Shaddin Rustamov, a 25-year-old Azerbaijani conscript departing for training in Baku, told AFP he was proud to serve his country’s military.

Reclaiming Karabakh is “something we’ve been waiting 25 years for. Hopefully this year will be the last,” he said.

Armenian officials confirmed Tuesday the deaths of three more civilians, while Baku said civilian casualties on the Azerbaijani side reached 11.

That brings the total confirmed deaths in the fighting to 96 — including 80 separatist fighters, who reduced an earlier death toll by four, and 16 civilians.

Observers to the conflict have urged the international community to ramp up efforts at finding a political solution.

The UN Security Council meeting, which was formally requested by Belgium after France and Germany led a push for it to be added to the agenda, was to be held at 9:00 p.m. GMT, diplomats told AFP.

Ahead of the meeting, U.S. Secretary of State Mike Pompeo called for an end to fighting and a return to negotiations “as quickly as possible.”

Karabakh’s declaration of independence from Azerbaijan sparked a war in the early 1990s that claimed 30,000 lives, but it is still not recognized as independent by any country, including Armenia.

Talks to resolve the conflict — which emerged amid the 1991 collapse of the Soviet Union — have largely stalled since a 1994 ceasefire agreement.

France, Russia and the United States have mediated peace efforts as the “Minsk Group,” but the last big push for a peace deal collapsed in 2010.