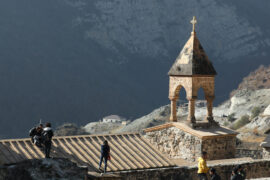 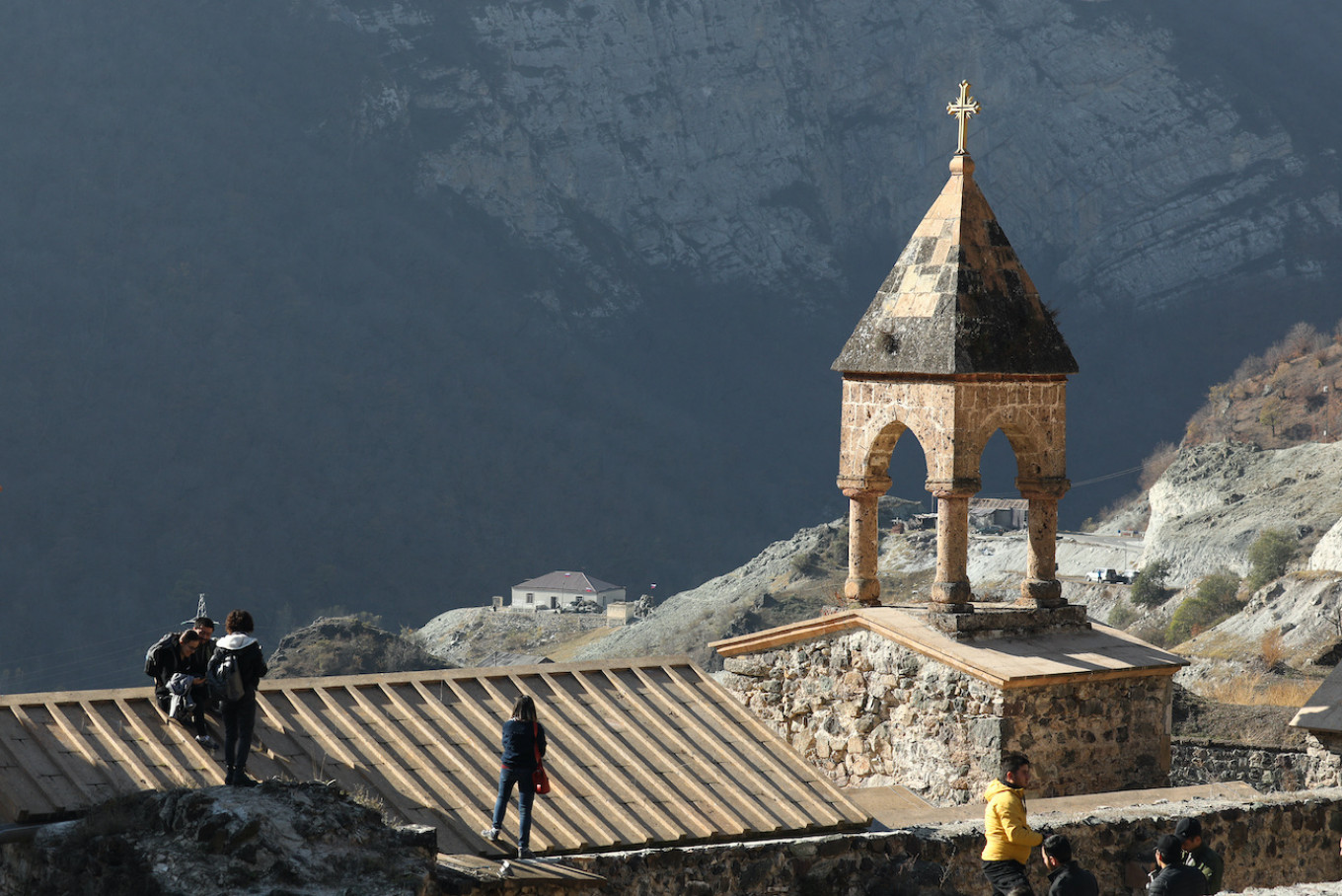 Azerbaijan said Sunday it had agreed to extend a deadline for Armenia to withdraw from a disputed district as part of a peace accord that ended six weeks of fierce fighting over the Nagorno-Karabakh region.

Residents of the Kalbajar district in Azerbaijan, which has been controlled by Armenian separatists since a 1990s post-Soviet war, began a mass exodus in the days leading up to the initial withdrawal deadline on Sunday.

But a foreign policy adviser to Azerbaijan President Ilham Aliyev said his country had extended the deadline over humanitarian considerations.

Hikmet Hajiyev said the withdrawal of “Armenian armed forces and of illegal Armenian settlers” was delayed until November 25 following an appeal from Armenia and mediation with Russian President Vladimir Putin.

“Kalbajar’s settlement by Armenians was illegal. The people who were resettled there have no property rights,” Hajieyv told a news conference.

Kalbajar was almost exclusively populated by ethnic Azerbaijanis before they were expelled by Armenians in the 1990s war between the two countries over Nagorno-Karabakh, and a majority of the homes being abandoned previously belonged to Azerbaijanis.

AFP journalists saw fleeing residents pile furniture and kitchenware into vehicles before leaving for Armenia on the weekend.

Thick plumes of smoke rose over the valley near the village of Charektar after residents set their homes on fire, preferring to leave devastation in their wake and homes that would be uninhabitable by Azerbaijanis.

“We also moved our parents’ graves, the Azerbaijanis will take great pleasure in desecrating our graves. It’s unbearable, one Charektar resident said.

A Russian peacekeeping contingent deployed this week to Nagorno-Karabakh set up checkpoints and positions in the region’s administrative center Stepanakert.

The deployment was part of the peace deal, which sees Armenia cede swathes of territory that Azerbaijan’s forces gained in the weeks of fighting.

What Does the Nagorno-Karabakh Deal Mean for Russia?

Moscow’s peacekeeping mission, which the military said included soldiers that previously were stationed in Syria, comprises some 2,000 troops for a renewable five-year mission.

The defense ministry said Sunday that over two days it had escorted more than 700 people returning to Stepanakert, which was shelled heavily during the fighting.

The ex-Soviet rivals agreed to end hostilities earlier this week after efforts by Russia, France and the U.S. to get a ceasefire fell through during the nearly two months of clashes.

A key part of the peace deal includes Armenia’s return of Kalbajar, as well as the Aghdam district by November 20 and the Lachin district by December 1, which have been held by Armenians since the devastating 1990s war left 30,000 people dead.

Hajiyev said Sunday the timetable for the Armenian withdrawal of the remaining districts was unchanged.

Armenia has said 2,317 of its fighters were killed in clashes in which both sides accused the other of targeting civilian infrastructure.

Azerbaijan has not revealed its military casualties, but Putin said the number of deaths on both sides surpassed 4,000 and that tens of thousands of people had been forced to flee their homes.

Before departing en masse, Armenians flocked to the Dadivank monastery nestled in a Kalbajar gorge for a final visit before it was ceded to Azerbaijan. AFP journalists witnessed a dozen women ask to be baptized at the religious site.

In a phone call with Aliyev on Saturday, Putin has urged Azerbaijan to protect “normal church life” at religious sites and monasteries in the ceded territory.

The peace accord with Azerbaijan has sparked a week of protests in Armenia, where demonstrations and opposition parties are calling for Prime Minister Nikol Pashinyan to resign over the lost areas.

The former head of Armenia’s national security service Artur Vanetsyan and several other suspects were arrested on Saturday on charges of plotting to kill Pashinyan and seize power.

Lawyers of Vanetsyan, the head of the opposition center-right Homeland party, called his detention a “persecution” and denied the allegations.

Azerbaijan has pushed for Ankara’s involvement in the settlement and Turkish President Recep Tayyip Erdogan said this week his country would jointly supervise the ceasefire with Russia.

Turkey, a key ally of Azerbaijan, was widely accused by Western countries, Russia and Armenia of dispatching mercenaries from Syria to reinforce Azerbaijan’s army.

But Russia has ruled out Ankara’s direct involvement in the peacekeeping mission and instead insisted Turkey would monitor the mission from an observation center on Azerbaijan’s territory.