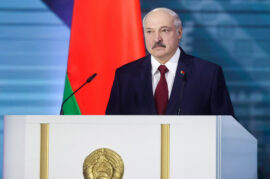 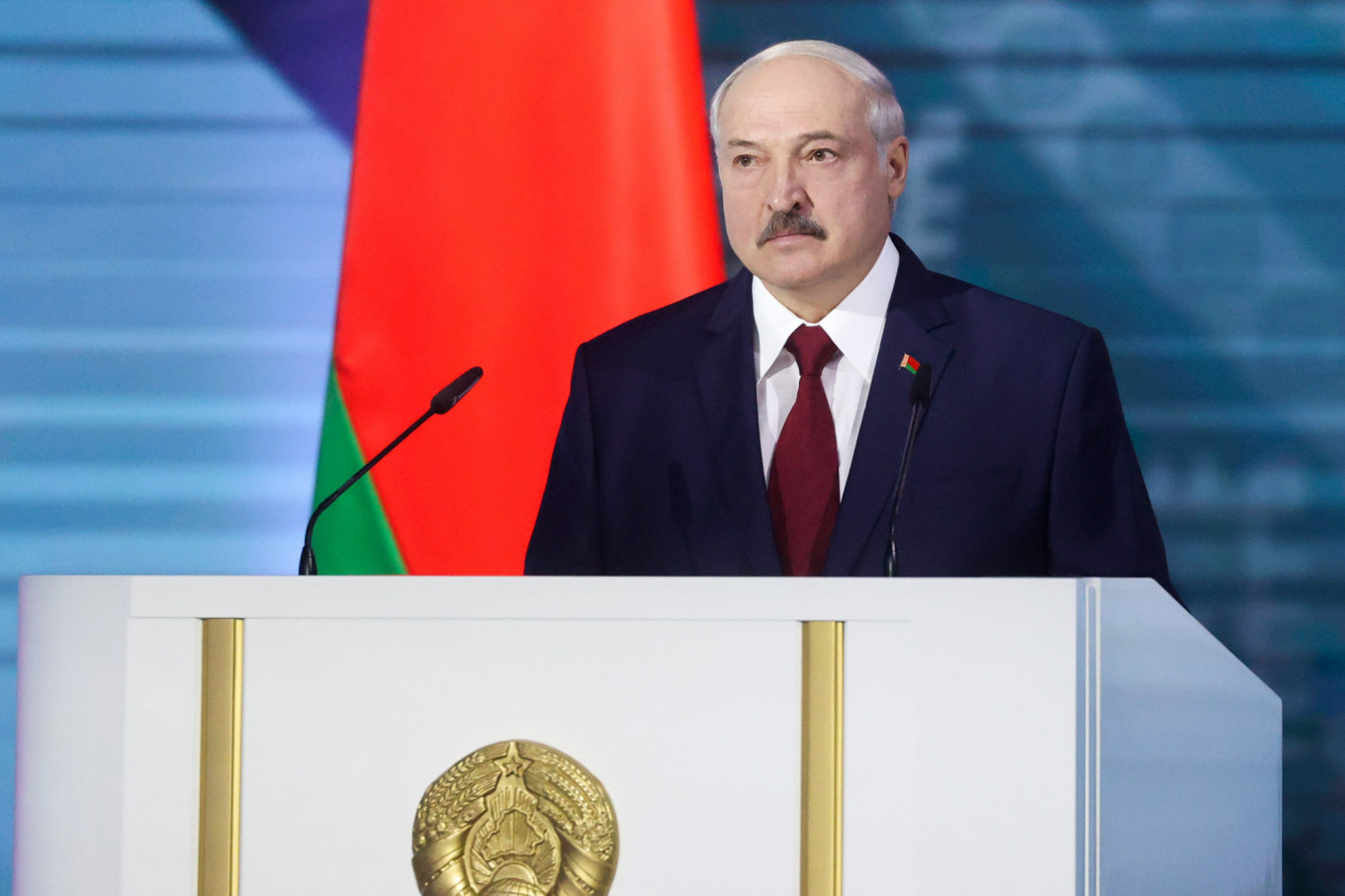 Belarus leader Alexander Lukashenko on Tuesday vowed to protect his country from the opposition and Russia which he said were coordinating violent protests ahead of presidential elections this week.

The 65-year-old has ruled over the ex-Soviet country wedged between Russia and Europe with an authoritarian grip for 26 years and has cracked down on the country’s emboldened opposition in the lead-up to Sunday’s election.

During a televised address to the nation, Lukashenko slammed what he said were attempts by his opponents to organize “a massacre” on the streets of the capital Minsk, claiming his critics were being backed by “billion-dollar resources” to create unrest.

“Will Belarus survive? Will it survive this hybrid war?” he said, sweating profusely and repeatedly mopping his brow.

“We will not give the country to you. Independence is expensive, but it is worth it,” he said during his speech which lasted more than an hour and a half.

The former collective farm director turned Europe’s longest-serving ruler is seeking a sixth term in the upcoming ballot after barring his main rivals from contesting the vote and jailing some of them.

He has accused European countries and Russia of meddling in the elections and last week the Belarussian security service, the KGB, arrested 33 Russian “militants” that the authorities said were plotting mass riots with the opposition.

Minsk says the detained men are members of the Wagner private military company that promotes Moscow’s interests in Syria, Libya and Ukraine and is reportedly controlled by a close ally of Russian President Vladimir Putin.

Lukashenko said during his address that on Tuesday he had received information about “another unit sent to the south,” without giving details.

During the animated speech, he also accused an “army of internet trolls and provocateurs” of working day and night to destabilize the country before the vote.

The president’s leading rival, 37-year-old Svetlana Tikhanovskaya, is running in place of her jailed husband and has drawn massive crowds at rallies across Belarus in an unprecedented display of frustration with Lukashenko’s rule.

Tikhanovskaya has teamed up the with the wife and campaign chief of two other opposition activists who have been barred from running.

Flanked by large Belarus flags in an auditorium packed with government officials, church leaders in religious wear and military personnel in uniform, Lukashenko described the trio of women as “these three poor girls.”

Early voting began on Tuesday and the election commission said that almost seven million eligible voters could cast ballots at more than 5,700 polling stations set up in public spaces including medical facilities and army barracks and at over 40 polling stations abroad.

Independent observers claim the authorities put pressure on public-sector employees to vote for Lukashenko or Lukashenko-friendly candidates during the early voting period and carry out widespread falsifications before the main election day.

Dmitry, a 33-year-old builder who declined to give his last name, said that Belarussians want “to move forward, develop.”

“People are tired of living in this time of stagnation,” he told AFP in central Minsk.

Tikhanovskaya has called on her supporters to vote on Sunday, the last day of polling, to avoid manipulation before the count and to wear a white bracelet so independent monitors can easily identify them.

The Organization for Security and Cooperation in Europe, which carries out international election monitoring, has not recognised any elections in Belarus as free and fair since 1995.

The OSCE said it will not send observers to the vote after Belarus failed to issue an invitation in time. The organization also raised concerns over intimidation and arrests of the opposition.

The election commission has said that no more than three observers can be present at each polling station during early voting “due to the epidemic situation” and only five will be permitted to oversee ballot boxes on Sunday.