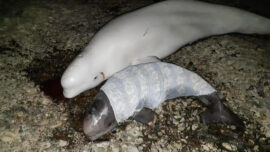 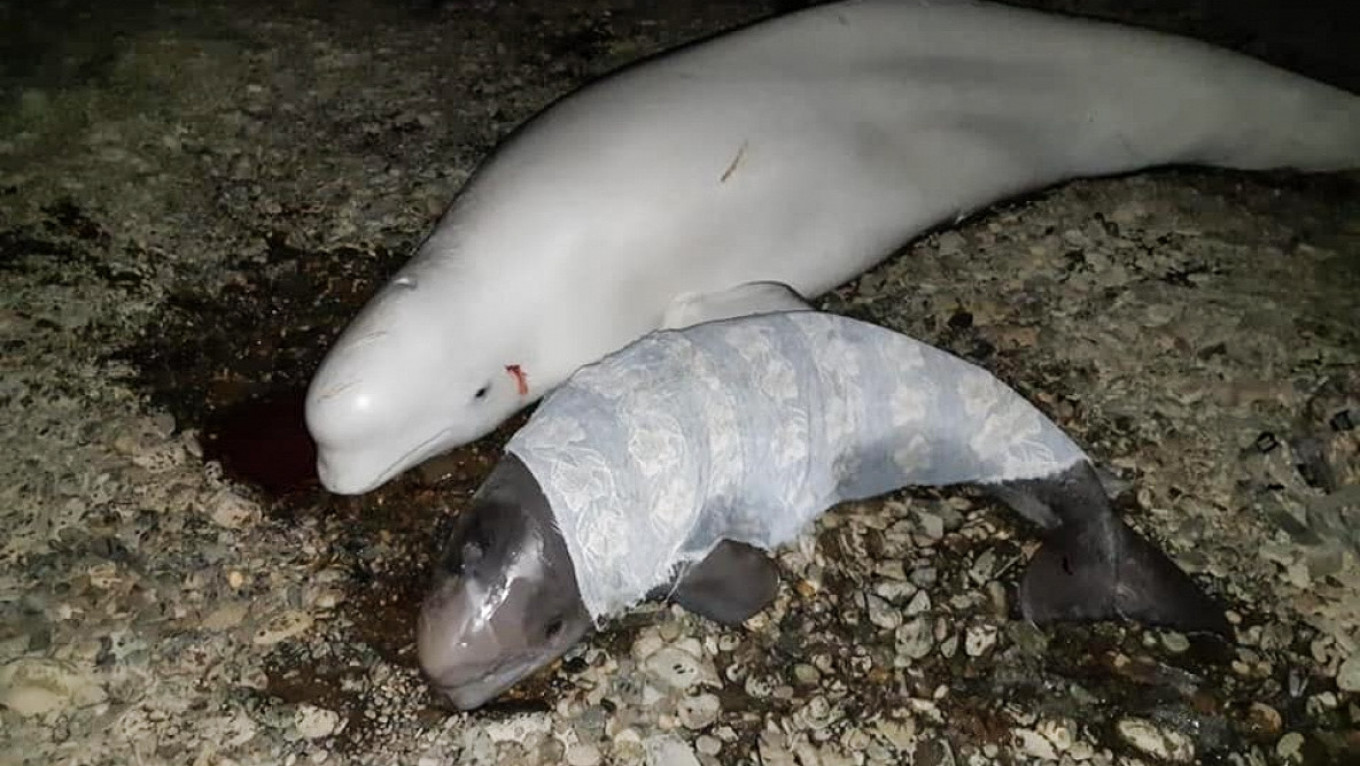 An emergency ministry inspector in Russia’s Far East spent Wednesday night in an unusual way: rescuing a family of beluga whales that beached on the shore near the Sea of Okhotsk.

Residents of the coastal Chumikan village reached out to Alexei Paramonov on Wednesday afternoon, saying two adult whales and a baby were left to die on a shore of the Uda River that flows into the sea.

“I was on duty and immediately went to the area to see it for myself,” Paramonov, an experienced whale rescuer, told the Khabarovsk region emergency ministry’s press office.

Paramonov found the animals laying about 1.5 kilometers (0.9 miles) away from the water.

“The [calf] was at a distance from his mother and was severely frozen in the wind,” local whale expert Bakht Mavlanov told the Khabarovsky Krai Segodnya news outlet. “He screamed pitifully; these were real sobs, similar to the cry of a small child, the animal was very scared. At the same time, his mother was in an equally stressful situation, hitting stones, trying to get closer to her child, and because of that she was wounded.”

According to the emergency ministry’s report, Paramonov dug a hole under one of the animals to safely turn it over onto its stomach as it had been dangerously turned onto its side.

He then spent hours into the night protecting the whale pod from wild animals and poachers and keeping the animals hydrated by regularly watering their skin and eyes. He also saved the baby whale from hypothermia by putting a blanket over it.

The animals safely returned to the sea with the arrival of the midnight high tide.

Coincidentally, Paramonov previously rescued three wounded white whales in the same area and on the exact same date last year. In 2014, he also successfully rescued a whale from poachers.

While Beluga whales are considered some of the smallest whale species in existence, adults can weigh up to 1.5 tons and reach up to 6 meters (20 feet) in length.