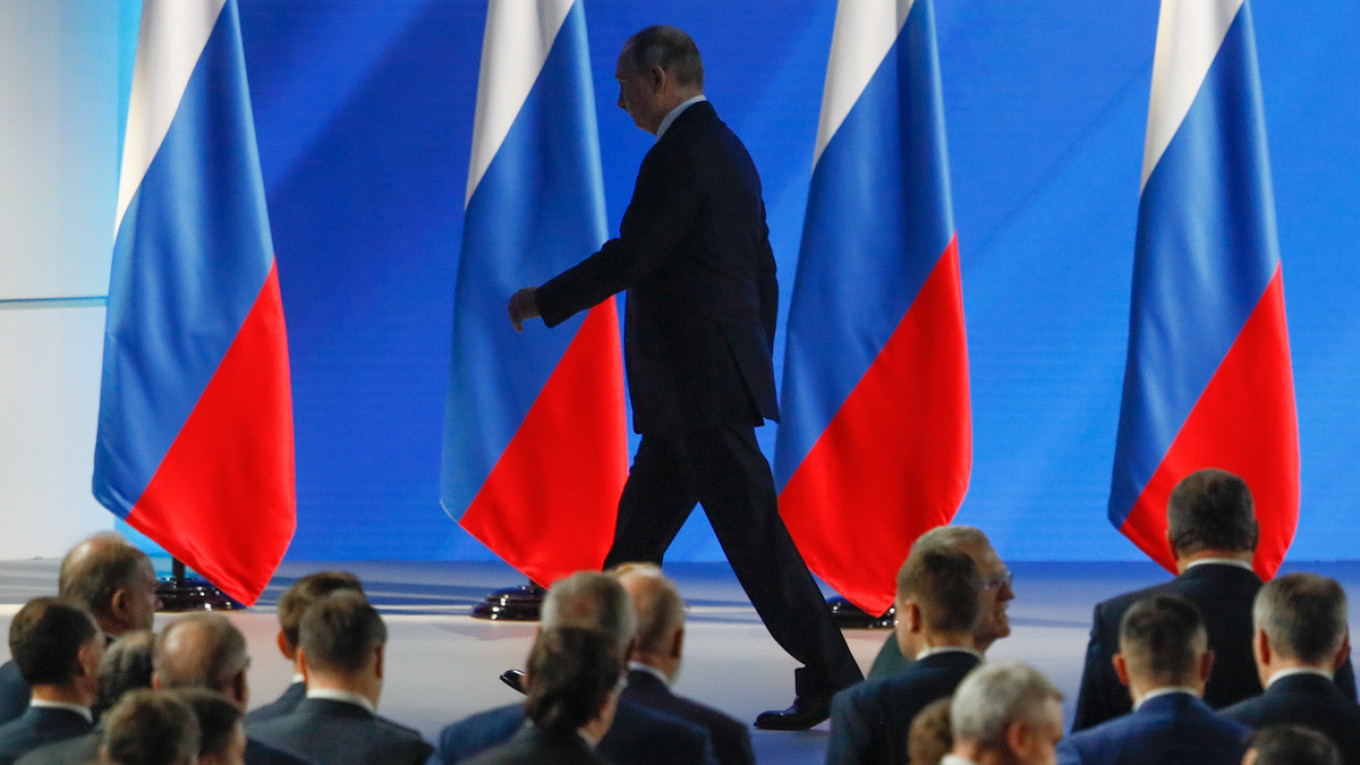 Russia’s lower house of parliament on Tuesday passed in its first reading a bill that would grant former presidents immunity once they leave office.

The legislation, published on the lower house State Duma website, is among constitutional amendments that were approved this summer in a nationwide vote and will allow President Vladimir Putin to again run for office when his fourth term ends in 2024.

If passed, the bill grants former presidents and their families immunity from prosecution for crimes committed during their lifetime. They will also be exempt from searches, arrests or questioning.

Currently, former presidents are only immune from prosecution for crimes committed while in office.

The State Duma on Tuesday approved the bill in the first of three readings.

To be passed into law the bill will need approval from the upper house — the Federation Council — and Putin’s signature.

Under the bill, a former president could be stripped of immunity if accused of treason or other grave crimes and the charges are confirmed by the Supreme and Constitutional courts.

Then both chambers of parliament must support the motion by a two-thirds majority.

Lawmaker Pavel Krasheninnikov, one of the bill’s authors, told state news agency RIA Novosti that the new legislation will not apply to Mikhail Gorbachev, who was president of the Soviet Union until its dissolution in 1991.

As Putin is still in office, Dmitry Medvedev — who was head of state between 2008-2012 — is Russia’s only living former president.

The State Duma on Tuesday also passed in its first reading another bill that will grant ex-presidents a lifetime seat in the Federation Council, a position that also provides immunity from prosecution.

The bills have sparked rumors that Putin, 68, is planning to step down, but the Kremlin denied this saying he is in good health.