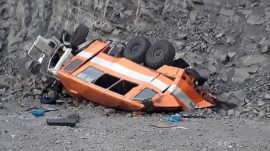 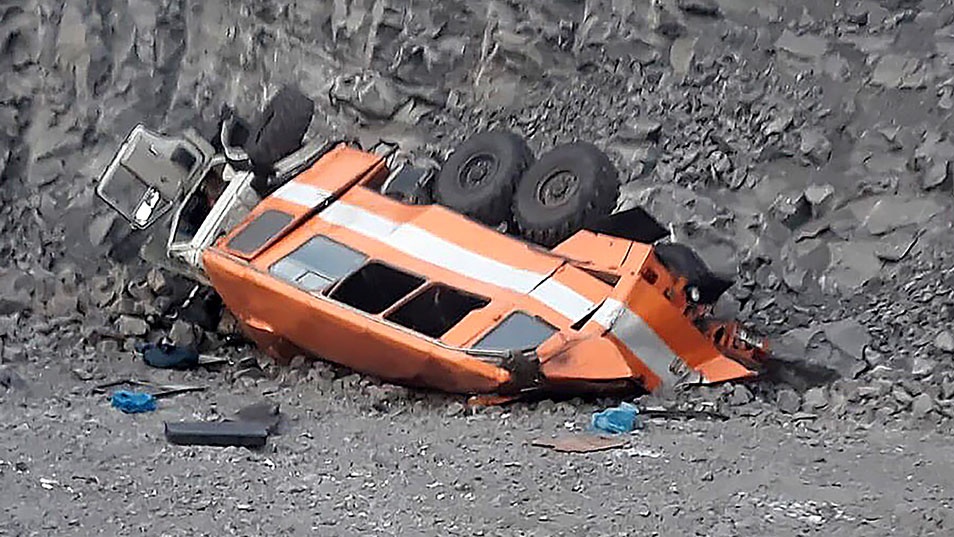 A bus carrying 22 miners plunged off a cliff in Russia on Friday, killing six workers of a company that owns the country’s largest coal mine, authorities have said.

Videos from the scene of the incident in the Kemerovo region showed an upside-down orange Kamaz truck in a gray pit.

A criminal case has been opened into the violation of safety rules, the Investigative Committee’s regional branch said in a statement.

The Razrez-Raspadsky open-pit mine where the incident took place is part of the Raspadskaya coal-mining company owned by steelmaker Evraz.

At least 90 people were killed in 2010 when a series of methane gas explosions ripped apart the Raspadskaya underground coal mine — the largest of its kind in Russia.