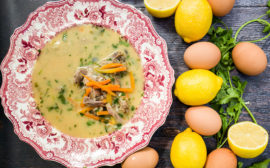 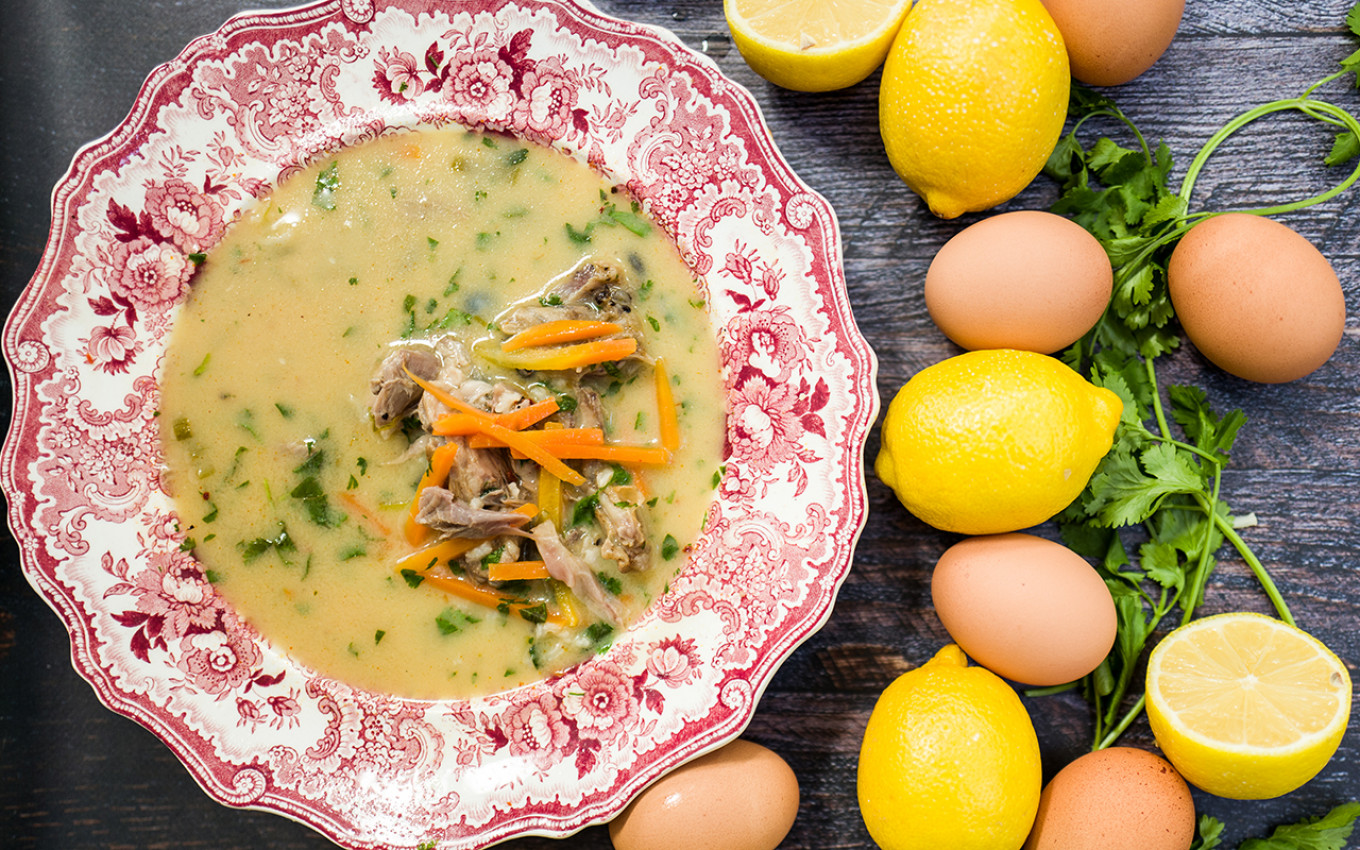 Seriously, though, how do the Georgians do it?  The simplest dish on their stoves becomes a culinary tour de force.  Take, for example, chikhirtma, Georgia’s spicy, tangy, velvety version of Greek avgolemono or egg and lemon soup.

Like most Georgian recipes, the seemingly simple list of ingredients belies the complexity of the finished product.  The secret lies in the technique, and a pot of chikhirtma should be a labor of love.  Sure, in theory, you could unwrap a bouillon cube and sprinkle some lemon pepper, but the finished product will be distinctly flat and tragically lacking the layers of flavor and a subtle fusion of tangy lemons and vinegar with the zing of Georgian spices.

What gives chikhirtma one of its signature flavor is cilantro (or coriander) and lots of it.  I use the stems to flavor the broth and the leaves to finish the dish to ensure that the tangy herb dominates. Calendula leaves, one of the four ingredients in Georgia’s signature spice blend, Khmeli Suneli, turns the soup its brilliant yellow, while also adding another distinctly Caucasian underpinning of flavor.  Calendula is worth the hunt in markets or online, where it sometimes is known as pot marigold. Turmeric is an acceptable substitute.

The strong Persian influence in chikhirtma suggests that the dish dates back to the time when the Persian empire was the dominant cultural influence in the region. Chikhirtma is a perfect embodiment of the Zoroastrian ideal of balance of two opposing elements, which is a fundamental principle of Persian cuisine.  “Hot” foods must be balanced by “cold” foods, a concept that is confusing to the uninitiated because the temperature has nothing to do with it.

“Hot” foods can be spicy — saffron and turmeric are good examples — but they are better qualified by their heavy carbohydrate count and caloric density.  “Cold” foods have more water to them, tending to collapse when heated or baked, such as eggplants and plums.  A good Persian cook knows the importance of balancing these two essential elements in one dish.  In chikhirtma “hot” foods such as eggs, cinnamon, and mint are well balanced by the “cold” ingredients of chicken, citrus, and cilantro.

Its origins may be lost in the mists of time, but today chikhirtma is very much alive and well and enjoyed all over Georgia.  I’ve encountered it at all three meals — a most welcome breakfast after a chilly sunrise atop Mount Kazbegi— and I’ve seen it taken as both a remedy for flu as well as a pick-me-up after a long night of overindulgence at a boozy Georgian supra or banquet.  It’s the kind of soup that puts the life back in you when you need it.

So, get a chicken and visit your spice merchant — either at the farmer’s market or online— and take a day off to brew up this ancient soup for all seasons.

*Calendula flowers can be found in Russian at markets and in some chain supermarkets; abroad it can be found through online retailers. Turmeric will work as a substitute.

Kids’ Camp on a Defense Base? How Russian Firms Masked Secret Military WorkRecord Number of Russians Want to Emigrate – Gallup