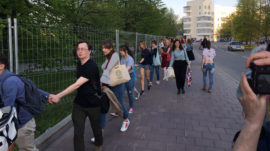 Protesters in Russia’s fourth-largest city of Yekaterinburg rallied against the construction of a church in a city park, with reports of church supporters using violence and tear gas against the picketers.

Opponents gathered in the city’s central park on Monday after photographs of fencing around the planned church site spread online. They argue that authorities should pick a different site for the new church and not deprive residents of a favorite beachfront.

Some of the demonstrators tore down the fencing guarded by police and national guardsmen, according to a live blog by the e1.ru news website on Monday.

The outlet cited witnesses as saying that a group of young men appeared afterward and attacked the protesters. Witnesses and reporters have also said that tear gas was used against opponents of the church construction.

“But that’s not the worst,” the head of e1.ru, Rinat Nizamov, told the Dozhd TV news channel. “[They also] grabbed women by the hair and kicked men.”

Authorities detained at least four opponents of the construction site overnight, one of the detained told ura.ru. 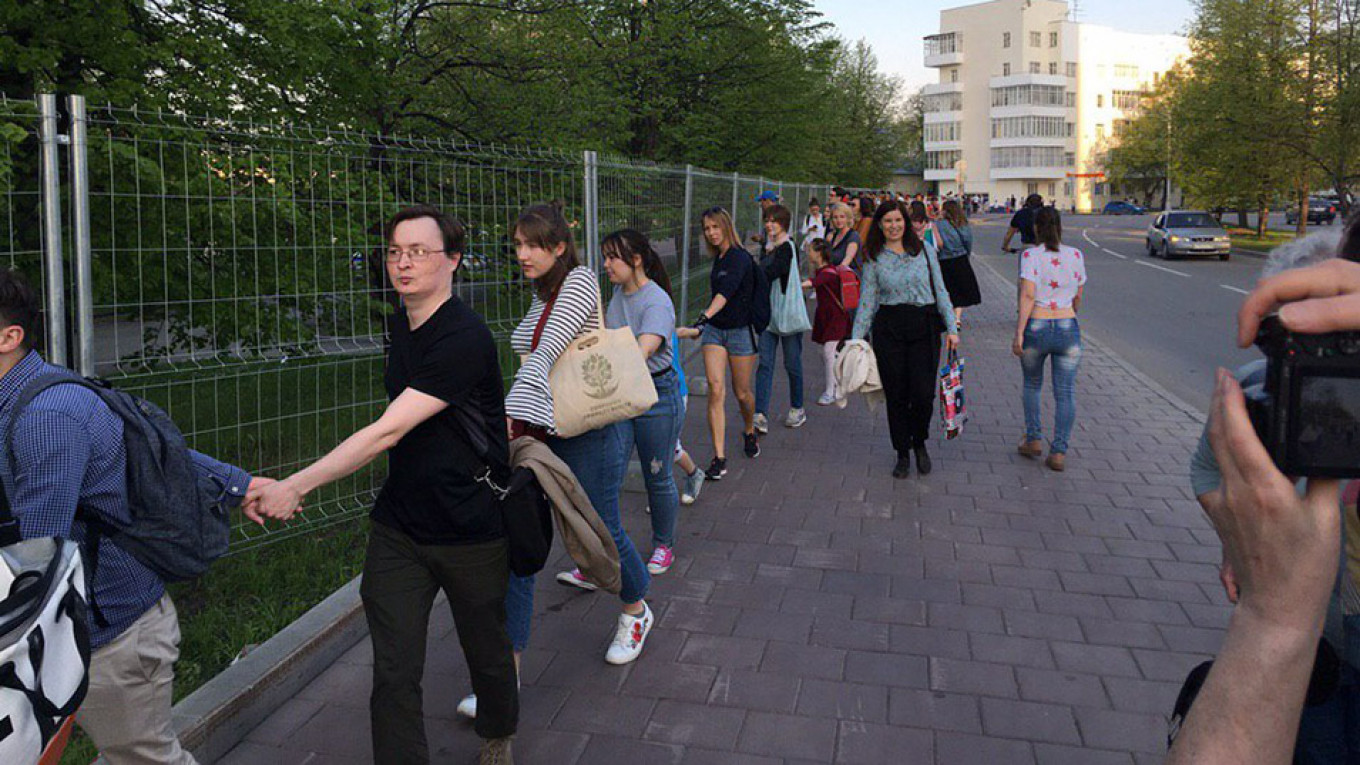 Some of the church construction’s supporters and opponents were reported to have camped at the site of the clashes overnight.

Rival demonstrations are planned at the park in Yekaterinburg on Tuesday, e1.ru reported, adding “this meeting could turn into an even bigger conflict.”

Sverdlovsk region governor Yevgeny Kuyvashev offered to host talks between the two sides, inviting five representatives from each side to his residence on Tuesday.

“Street conflicts are not the way to solve a problem,” he wrote on his Instagram.