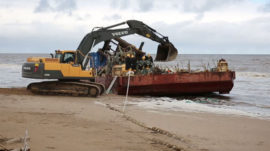 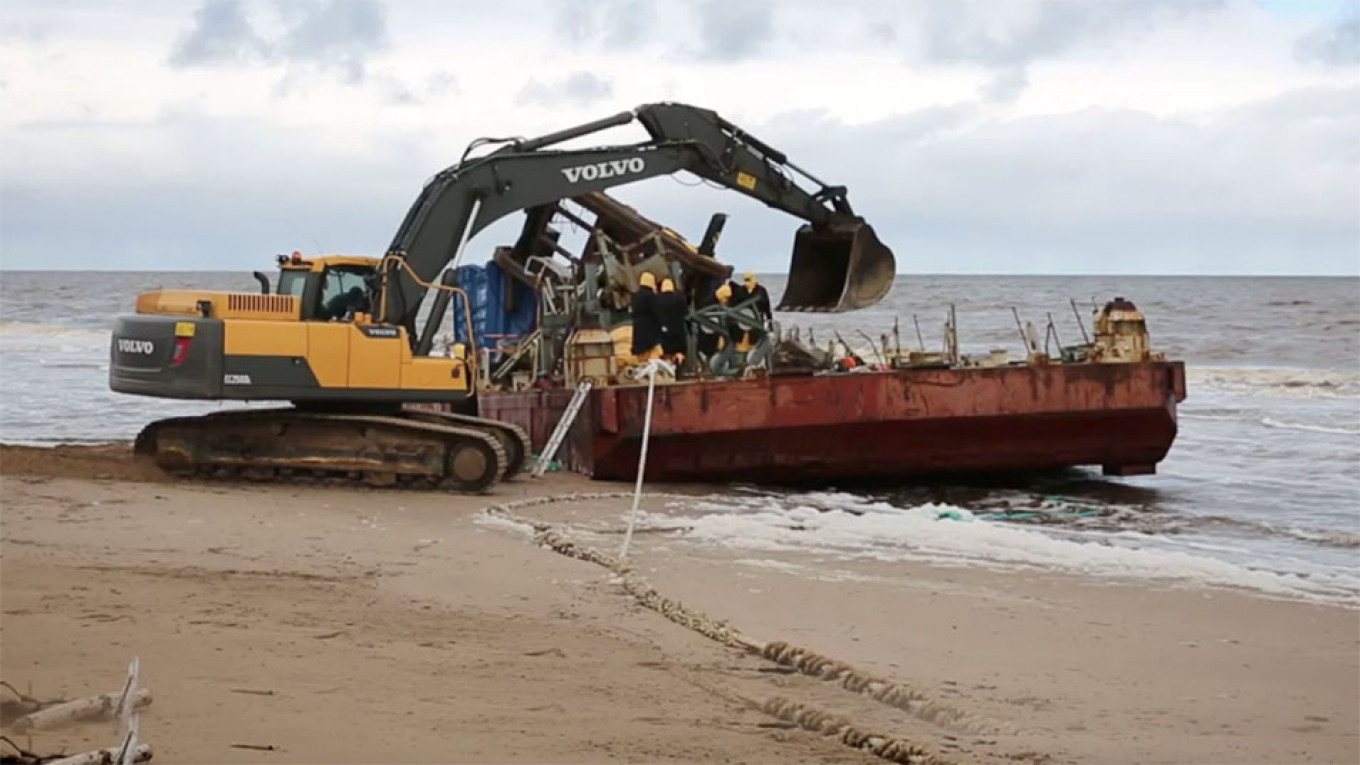 Helicopters, excavators and people wearing hazmat suits have been filmed near the site of a mysterious nuclear explosion at a Russian military site that has raised international concerns and safety fears.

A liquid propulsion system blast on Aug. 8 at a naval missile test facility in Nyonoksa has killed seven people and led to a brief radiation spike nearby. Reports citing U.S. intelligence and photographs from the site suggested that the blast happened during a mission to salvage a nuclear-powered cruise missile from the bottom of the sea.

Video published Saturday by an Arkhangelsk region television channel showed four people in hazmat suits help an excavator remove scrap from one of two abandoned pontoons towed ashore in the White Sea. The operator of the excavator did not appear to be wearing any protective gear.

Journalists said earlier this month they had measured background radiation levels several times above the norm near the two pontoons in the village of Nyonoksa.

The Region 29 outlet’s footage, described as the first part of the cleanup process, showed the excavator placing the removed scrap into shipping containers to be removed by helicopter.

It is unclear where the containers were being taken, Region 29 reported.

The beach is located in the immediate vicinity of the naval testing site where the blast took place. The White Sea coast is among the most densely populated areas in the Russian North. About 190,000 people live in the closed military town of Severodvinsk and about 310,000 people live in the regional administrative center of Arkhangelsk.

The head of Russia’s state nuclear company Rosatom has said that the three specialists injured in the explosion are recovering in the hospital. President Vladimir Putin’s senior aide and the former head of Rosatom, Sergei Kiriyenko, said it is Russia’s “primary responsibility” to complete the work that suffered a setback in the Aug. 8 incident.

The secrecy surrounding the accident has led outside observers to speculate that the explosion involved the Burevestnik nuclear-powered intercontinental cruise missile, dubbed the SSC-X-9 Skyfall by NATO. Putin later said the Aug. 8 mishap occurred during testing of what he called promising new weapons systems.