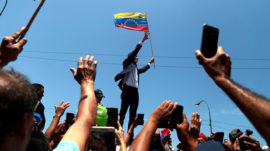 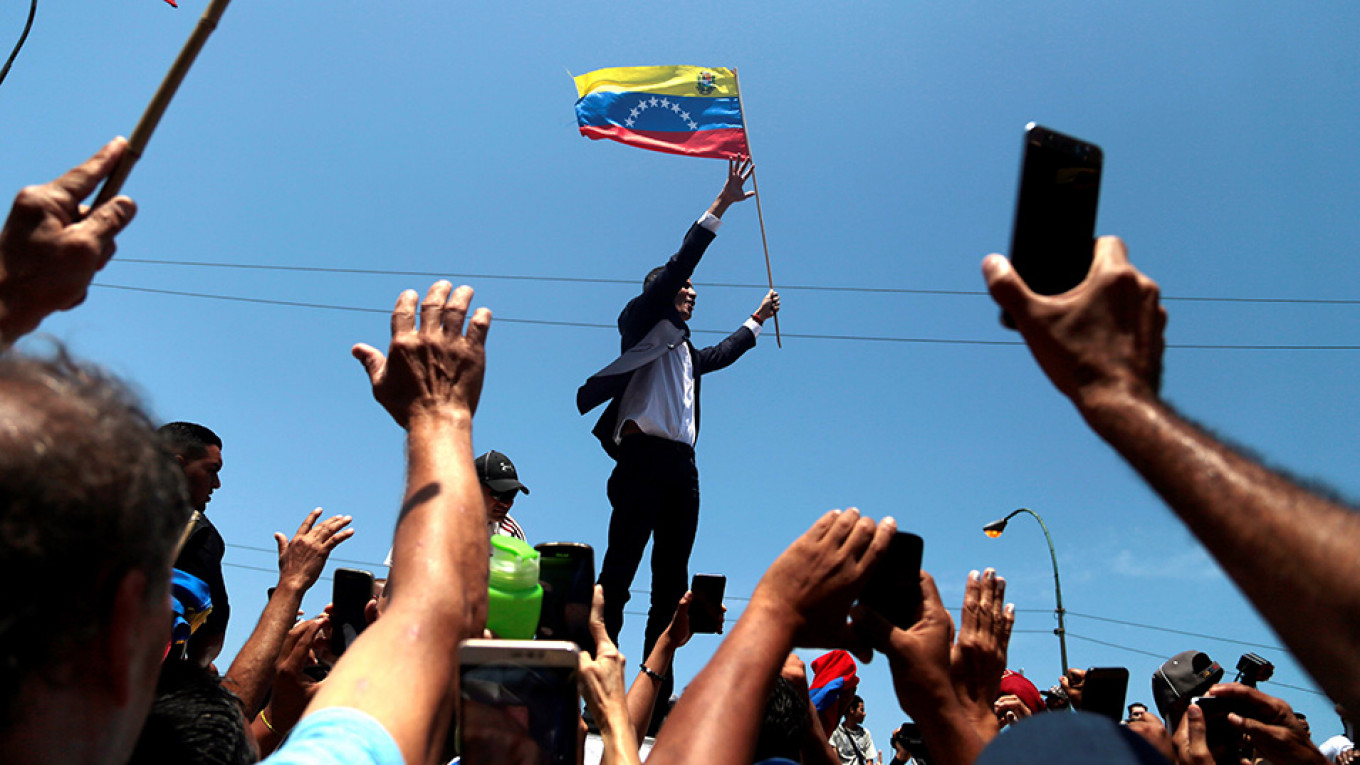 Colombia on Tuesday rejected a Russian warning against foreign military intervention in Venezuela and said it supported a peaceful transition to democracy in the neighboring South American country.

“Colombia reiterates that the transition to democracy must be conducted by the Venezuelans themselves peacefully and within the framework of the Constitution and international law, supported by political and diplomatic means, without the use of force,” Colombian Foreign Minister Carlos Holmes Trujillo said in a statement.

He was responding to a March 28 letter from the upper house of Russia‘s parliament, forwarded to Colombia’s Congress by Russian Ambassador Sergei Koshkin, that said the “illegitimate use of military force against Venezuela by other states that support the opposition will be interpreted … as an act of aggression against a sovereign state.”

Russia has emerged as a staunch backer of Venezuela’s leftist President Nicolas Maduro as his nation descended into political turmoil this year. The United States and dozens of other nations have backed opposition leader Juan Guaido, who invoked the constitution to assume Venezuela’s interim presidency in January, arguing that Maduro’s 2018 re-election was illegitimate.

Colombia, which supports Guaido, has repeatedly denied it has any intention of launching a military offensive across its border with Venezuela.

But in his statement on Tuesday, Trujillo said military support for Maduro’s socialist government risked harming the transition to democracy while threatening regional peace and security.

Russia, which has supplied fighter jets, tanks, and air defense systems to Venezuela, has dismissed U.S. criticism of its military cooperation with Caracas saying it is not interfering in the Latin American country’s internal affairs and poses no threat to regional stability.

Colombia acted as a staging ground in February as the United States and other countries supported Guaido’s effort to transport hundreds of tons of humanitarian aid into Venezuela. Maduro, who dismisses Guaido as a U.S. puppet, blocked the aid and Venezuelan troops pushed back protesters with tear gas.

Millions of Venezuelans have fled to Colombia to escape widespread food and medicine shortages in their chaotic homeland, seeking jobs locally and passage into other Latin American countries.