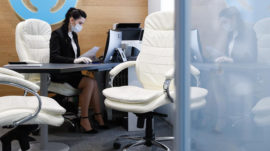 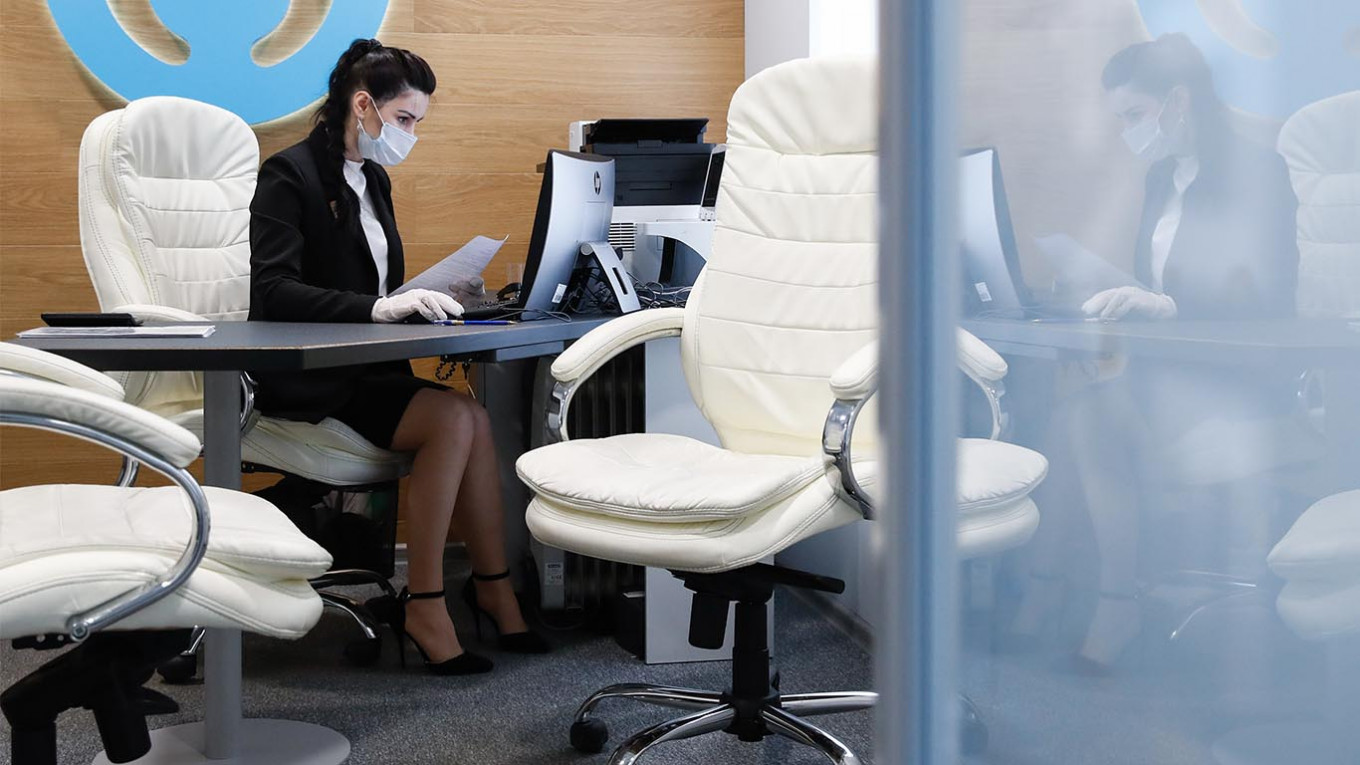 Founder and director of Moscow’s Komnata4 theater, Daniil Romanov, was among the first to be hit hard by the coronavirus lockdown when the city ordered all cultural venues to close.

With money running short, he decided to sign up as a delivery worker for a major grocery chain.

Romanov, 34, has since taken to social media to document his new way of life, describing the people he meets, the challenges he faces and the funny or mundane moments of delivery work.

“We’re kind of seeing a shake-up of our society, of its social values and moral standards,” he told The Moscow Times. “I believe that for someone as creative as me, who is so closely linked with art, it would be a crime to stay home and miss this unique opportunity to record our history.”

As Russia’s coronavirus outbreak has forced nearly all businesses to shutter their doors over the past four weeks, a growing number of Moscow residents are finding themselves without work and seeking out jobs they’re overqualified for because state unemployment pay isn’t enough to fund life in the capital.

But not everyone has fared as well as Romanov.

An employee of Moscow’s Domodedovo Airport who asked not to be named told The Moscow Times that her boss ordered her to take ”an unpaid sabbatical vacation” in March, with no details of when she would be able to return to work.

“I effectively became jobless. I was panicking for about a week. I just had no idea how to make ends meet,” she said.

Over the past three weeks, the official unemployment rate has risen more than 50% in Moscow alone. Alexei Kudrin, head of the state Audit Chamber and a former finance minister, has warned that the lockdown could leave some 8 million Russians without a job this year.

President Vladimir Putin has said that all Russians who lose their jobs due to the lockdown will receive monthly unemployment pay of up to 12,130 rubles ($160). Moscow residents who become unemployed will receive 19,500 rubles ($256) per month.

Moscow, Russia’s most expensive city, was recently ranked 86th in the Economist Intelligence Unit’s Worldwide Cost of Living index, suggesting that 19,500 rubles a month is far from enough for ordinary people to live on in the city.

As a result, Muscovites who felt financially confident before the pandemic — with their own small business or steady, well-paying jobs — are now adjusting to a new reality. According to a survey by the Work.ru portal, 69% of Russians say they plan to change their job during the lockdown and 43% say they plan to look for a more promising job.

Nazar, a performer whose shows combining magic tricks and science were popular with children, has had to resort to stocking shelves in a grocery store. He said he decided to find a new job as soon as he first heard media reports of a looming economic crisis.

“I made my own forecast about the further development of the situation. … I decided to change my line of work. At the time, I thought things could get worse and my family would fall on the brink of survival,” Nazar, 30, said.

He abandoned his work as a performer in late March, days before the Moscow authorities placed the city under lockdown. Nazar said he feels lucky because he got hired at a store relatively quickly.

Others, like the Domodedovo Airport worker, are choosing to blow the dust off old degrees and certificates that were of no use until the coronavirus hit.

“All my life I have been making a career in finance, but I do have some experience in medicine,” she said. “I am a paramedic, according to my first college degree. Now I have to revisit this diploma and refresh my skills. I hope the country needs people like me,” she said, adding that no clinics have responded to her CV yet, despite what she says is “a clear lack of staff.”

Living Standards To be Main Victim of Coronavirus Economic Shock

Boris Kagarlitsky, a professor at the Moscow School of Social and Economic Sciences, said the issue of unemployment will continue to gain momentum and that the coronavirus has simply exposed the fundamental flaws in the nation’s “social welfare system.”

“The entire system is starting to collapse, and the state budget has no financial solution for that,” Kagarlitsky said. “The government absolutely has to step in and modernize the economic system. I do not think that the current option of simply distributing money is sufficient. One has to create jobs and opportunities for work.”

Alexander Safonov, the former deputy social welfare and healthcare minister and vice rector of the government-sponsored Financial University in Moscow, said that the state should support Russians’ “current rate of income.”

“All affected people can receive at least 20,000 rubles [from the state]. But it is clear that such financial measures should not be prolonged,” Safonov explained, adding that the government could also place a temporary freeze on utility payments to help reduce financial pressure.

Once the pandemic is under control, Safonov forecasts a slow recovery for Russia’s economy due to the “structural crisis” linked with plunging oil prices and “the country’s economic errors and imposed economic restrictions.”