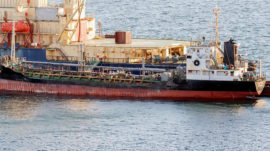 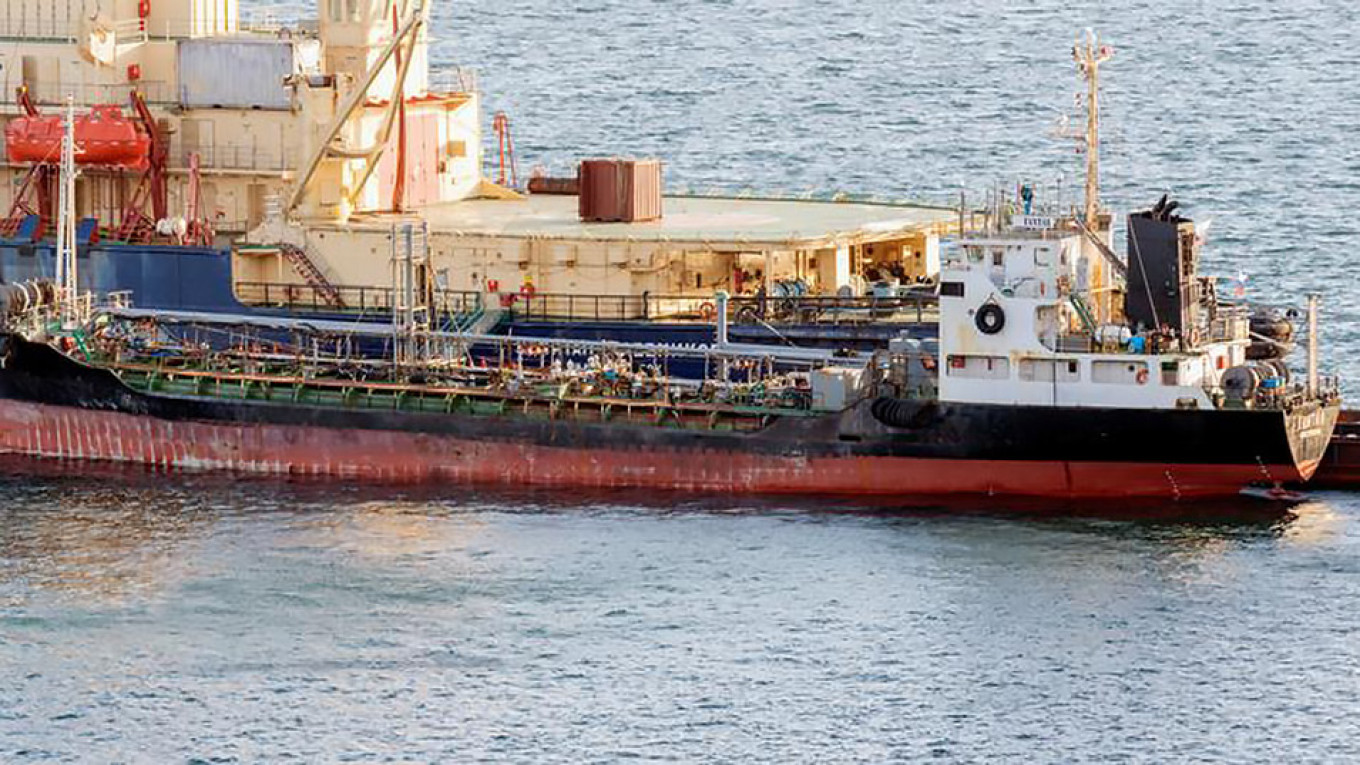 A Russian tanker violated international trade sanctions by transferring fuel to a North Korean vessel at sea at least four times between October 2017 and May 2018, two crew members who witnessed the transfers said.

Such transactions could have helped provide North Korea with an economic lifeline and eased the isolation of the secretive communist state, whose leader, Kim Jong Un, is due to meet U.S. President Donald Trump in Vietnam this week.

Primportbunker, the owner of the vessel the crew members said made the transfers, did not respond to requests for comment by telephone. No one answered the door when Reuters visited the building where Primportbunker has its headquarters in the port city of Vladivostok on Russia’s Pacific coast.

On the four voyages between Oct. 13, 2017, and May 7, 2018, the Tantal tanker gave its destination as the Chinese port of Ningbo when it set sail, according to port documents seen by Reuters and tracking data from financial data company Refinitiv.

It then met up in international waters with a North Korean vessel to which it transferred its cargo of fuel, the two crew members who witnessed the transfers said.

The two crew said the fuel transfers took place when the Tantal’s transponder, which allows the vessel to be tracked at sea, was not operating. Shipping industry experts said this indicates the transponder was deliberately turned off or the Tantal had entered a zone not covered by ship-tracking radar.

On each occasion, the transponder started operating again when the Tantal was close to port in Russia, the two crew said.

They declined to give their names, citing fear of reprisals.

“We got officially registered for Ningbo and went to the 12-mile (19 kilometers) zone (marking the limits of Russian territorial waters),” one of the crew said, describing four journeys in which he was involved.

“We worked at night there with the North Korean tanker Chon Moyng-1,” he said.

Such transactions violate the international sanctions imposed on North Korea over its nuclear and missiles programme, which include a United Nations ban on nearly 90 percent of refined petroleum exports to Pyongyang.

Washington has accused Russia of “cheating” on sanctions and said it has evidence of “consistent and wide-ranging Russian violations”. In earlier denials that it has violated sanctions, Russia has said such accusations are not backed up by evidence.

Russia’s foreign ministry and the U.S. Treasury Department’s Office of Foreign Assets Control, which administers and enforces economic and trade sanctions, did not respond to requests for comment about the Tantal. The independent U.N. panel of experts that monitors implementation of sanctions also did not respond.

Russia’s Far Eastern Customs Administration said it could not provide information about the Tantal’s voyages. The Seaport Administration of Russia’s Primorye region, which includes Vladivostok, said it had sought information from the Federal Marine and River Transport Agency in response to Reuters’ questions but the agency provided no information.

One of the crew members who said he was on board during the transfers said the ship that received the fuel flew the North Korean flag and saw it had the name Chon Myong-1 on its side.

The Chon Myong-1 was in March 2018 included on a U.N. list of vessels that have conducted so-called ship-to-ship transfers of fuel in violation of sanctions.

Reuters’ was unable to obtain comment from North Korea and the owners of the Chon Myong-1.

The Tantal concealed its fuel transfers to North Korea by declaring when it returned to port that it had transferred the fuel at sea to a Chinese vessel, the two crew members said.

A third crew member said the Tantal had met up on these occasions with a vessel that was not North Korean – the China-registered Hui Tong 27 – and told port authorities on its return to port that it had transferred its cargo of fuel to this ship. But the Refinitiv ship-tracking data showed the Hui Tong 27 was not in the area at these times.

The Tantal also gave Ningbo as its destination on three other trips between October 2017 and May 2018, according to port documents and shipping data. The two crew members who spoke to Reuters did not cite any evidence that sanctions were violated on these three voyages.

In December 2017, Reuters quoted two senior Western European security sources as saying Russian tankers had supplied fuel to North Korea on at least three occasions in the preceding months by transferring cargoes at sea. The security sources made no mention of the Tantal.

A court in Vladivostok introduced bankruptcy proceedings on behalf of the Russian tax service against Primportbunker on Sept. 18 last year, according to a publicly available court order. The first stage of bankruptcy proceedings is still under way — the company is now under temporary management which is assessing its ability to pay off creditors. If unable to pay, the company’s assets will be sold and it will be closed down, according to Russian law.

The two crew members who spoke to Reuters said they had not always been paid their wages on time.

Denis Vlasov, executive partner in law firm Vladpravo which represented Primportbunker, said Primportbunker had tried to resolve its financial problems including wage arrears, but that Vladpravo stopped working with the company about a year ago. He said he knew nothing about the Tantal’s declared trips to Ningbo.

The data quoted the brokers for the same three trips showed the oil products were acquired from the refinery by a small Russian trading firm, Mir Torgovli, based in Vladivostok. Mir Torgovli’s buyer was a Chinese firm in Shandong called Worldmax Trading Co. Ltd, according to the data cited by the brokers.

After completing the last of the seven voyages for which the destination was registered as China, the Tantal has not left Vladivostok port, according to the Refinitiv ship-tracking data. It sits at anchor offshore, shipping industry sources said.