Did a Russian Plane Take Off With Venezuela’s Gold? 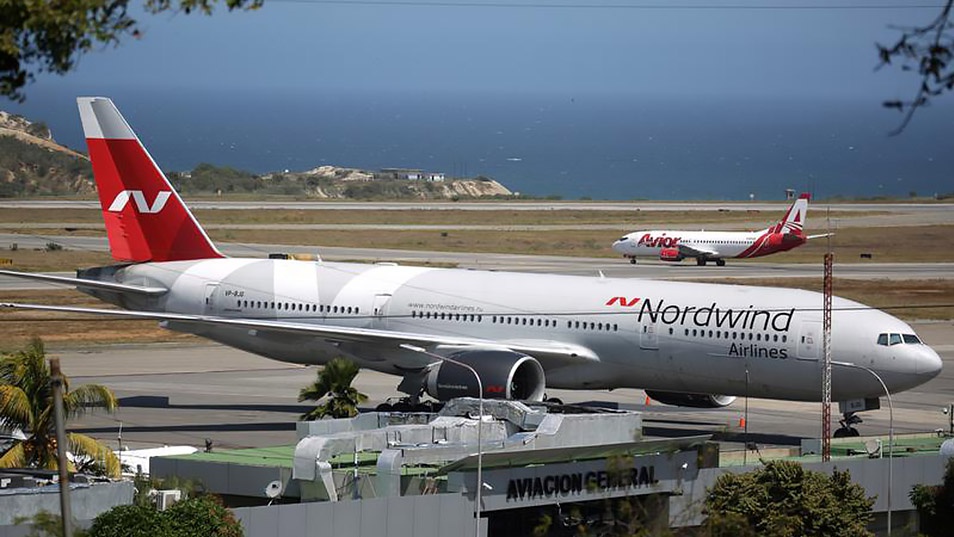 The sighting of two Russian planes in Venezuela this week sparked rumors that Moscow was helping the Nicolas Maduro government ship gold reserves out of the country in an attempt to quickly raise cash.

Other commentators speculated – without solid evidence –that the planes may have brought Russian mercenaries to Venezuela, or that they were there to escort Maduro into exile.

– A Boeing 777 operated by Russia’s Nordwind Airlines, capable of carrying 400 passengers, arrived in the Venezuelan capital of Caracas on Monday. It returned on Thursday to Vnukovo International Airport outside Moscow after a direct flight from Caracas.

– Another Russian-operated flight, a Boeing 757 cargo plane, arrived in Caracas on Wednesday via Vnukovo, Dubai and Cape Verde, according to publicly available flight data.

– The planes sparked speculation as there are no routine direct flights between the two countries.

What are the theories?

– Venezuelan opposition leader and self-declared president Juan Guaido claimed that Maduro government officials were seeking to ship gold reserves out of the country as part of a strategy to increase the central bank’s liquidity.

– Venezuela’s opposition-controlled parliament tweeted on Tuesday its demand to explain what it termed as the Russian plane’s intention to take 20 tons of gold on board.

– Moscow may have helped Venezuela spirit away the gold bars aboard the Boeing 757 cargo plane twice this month, the investigative newspaper Novaya Gazeta cited unnamed sources as saying. The publication cites sources in Dubai in claiming that the plane unloaded gold into the UAE central bank’s armored cars and was loaded with an unspecified amount of U.S. dollars in cash.

– A senior unnamed Venezuelan official with knowledge of the plan told Reuters that Caracas shipped 3 tons of gold to the UAE last Saturday and plans to sell 15 tons in the coming days in return for euros in cash. The plan to provide liquidity for imports of basic goods involves selling a total of 29 tons of gold to the UAE by February, according to the anonymous official.

– An unnamed source told Bloomberg that 20 tons of gold worth $840 million had been set aside in the central bank for loading. Bloomberg cited the source on Thursday as saying that the gold – almost 1,600 bars representing about 10 percent of all the bank’s foreign reserves – were weighed and separated for shipment.

– Russian Central Bank Governor Elvira Nabiullina on Thursday said reports of Venezuelan gold having been transported to Russia aboard the planes were untrue.

– Russia’s ambassador in Caracas dismissed reports that Venezuela was sending gold to Moscow as “propaganda.”

– Nordwind Airlines said the Boeing 777 had carried undisclosed passengers as part of a “regular charter flight,” but stressed that “there were no weapons, no private military company fighters or gold on board.”

– National security adviser John Bolton tweeted that traders should not deal in gold, oil or other commodities “being stolen” from the Venezuelan people.

My advice to bankers, brokers, traders, facilitators, and other businesses: don’t deal in gold, oil, or other Venezuelan commodities being stolen from the Venezuelan people by the Maduro mafia. We stand ready to continue to take action.

– Republican U.S. Senator Marco Rubio sent a tweet to the United Arab Emirates embassy in Washington on Thursday warning that anybody transporting Venezuelan gold would be subject to U.S. sanctions.