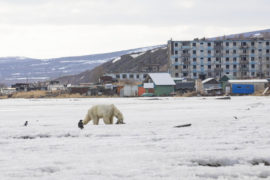 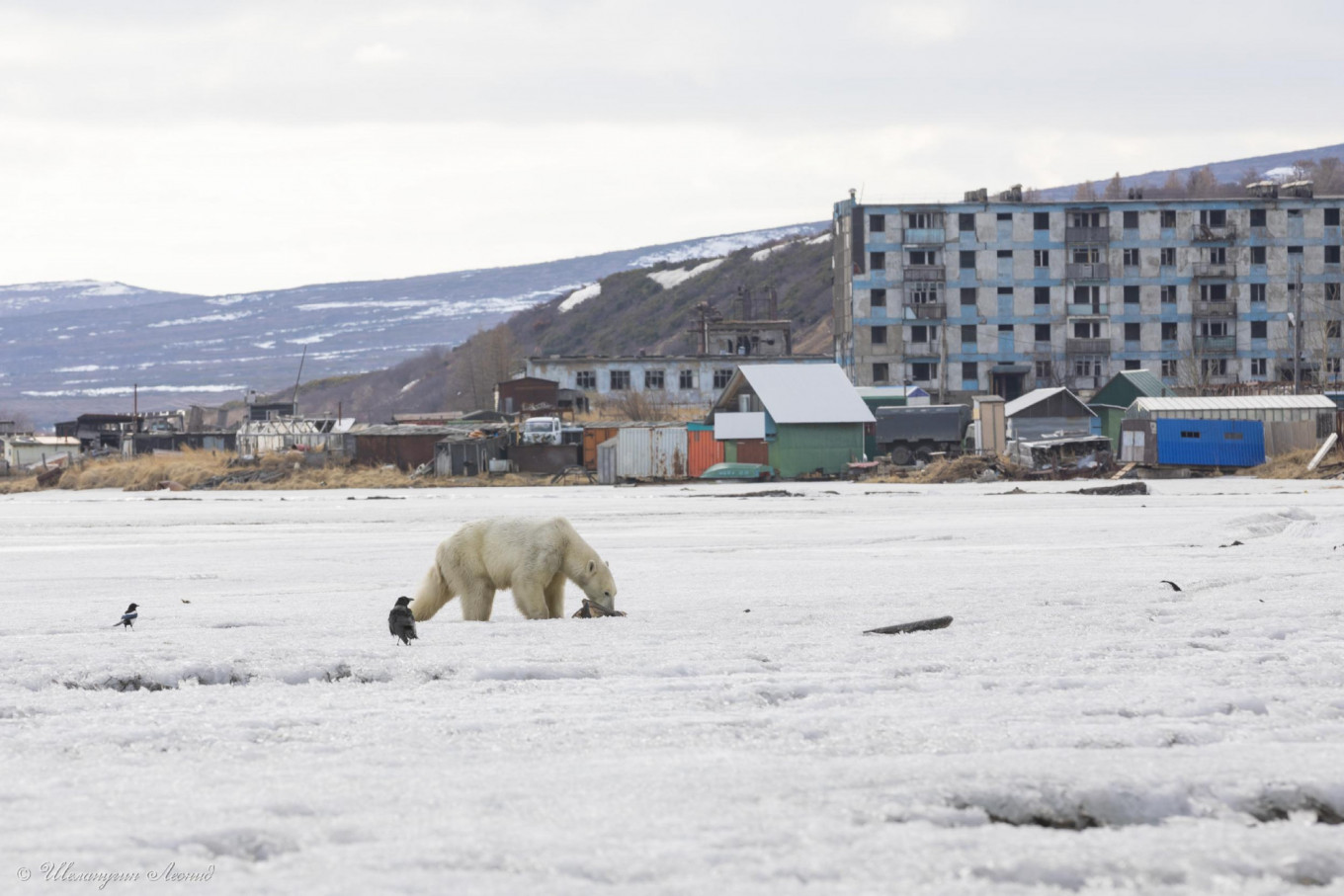 A young male polar bear has washed up on an ice floe in Russia’s Far East 700 kilometers south of its natural habitat, triggering efforts to rescue the endangered animal.

Polar bears’ dangerous encounters with humans are becoming more frequent as climate change melts the sea ice where the creatures roam. A polar bear invasion struck panic in the remote Arctic settlement of Novaya Zemlya in February, prompting the authorities to declare a state of emergency and the Russian military to pledge to address the issue.

The polar bear was spotted in the Kamchatka region villages of Korf and Tilichiki on Sunday, local media reported. The bear could have lost its sense of direction while drifting on an ice floe, environmentalists told The Associated Press.

Local officials said the animal, which is not native to Kamchatka and has no chance of survival in the region, appears wounded and does not show aggression toward humans.

“The bear looks drained and weak,” Svetlana Gubareva, deputy head of Kamchatka’s Olyutorsky district, was quoted as saying by The Siberian Times.

Videos shared online this week show the bear swimming ashore, rummaging Tilichiki for food and being chased away. A safety guide posted on the district website advises residents to “make each encounter positive for both yourself and the bear.”

Kamchatka authorities are preparing to airlift the bear back to Chukotka autonomous district after sedating it with a tranquilizer sometime this week, according to The Associated Press.

The Siberian Times compared the distance the bear had traveled to the distance between Moscow and St. Petersburg.