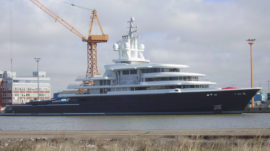 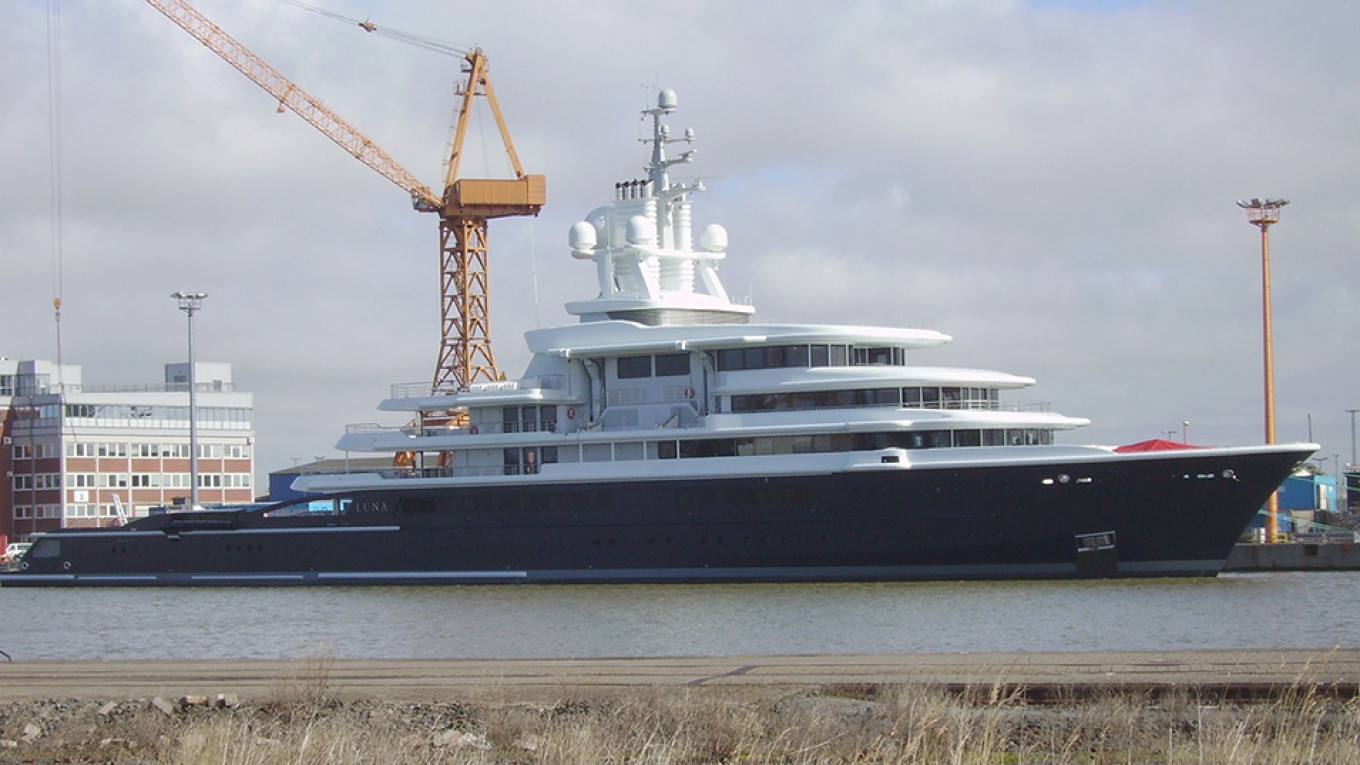 A Dubai appeal court has dismissed a freezing order on a $436 million superyacht belonging to a Russian billionaire at the center of one of the world’s costliest divorce battles, according to a copy of the final ruling reviewed by Reuters.

But it is still not clear whether superyacht M.V. Luna, impounded in 2018, will be able to depart Dubai after a British court’s freezing order was dismissed on Feb. 5.

Oil and gas tycoon Farkhad Akhmedov was ordered to pay about 40% of his fortune to his former wife Tatiana Akmedova by London’s High Court in 2016, in one of the largest divorce settlements in legal history.

But he failed to pay the 453 million pound ($588 million) divorce bill and the London court granted a worldwide freezing order, under which Akhmedov’s yacht was impounded in the Gulf Arab emirate.

A spokesman for Tatiana Akhmedova, who is trying to enforce the freezing order, said an injunction from the Marshall Islands prevents the yacht from setting sail.

The vessel was still moored on Wednesday, according to Refinitiv ship tracking data.

Luna, an expedition yacht built for Russian billionaire Roman Abramovich before Akhmedov bought it in 2014, has at least nine decks, space for 50 crew, two helipads, a vast swimming pool and a mini-submarine.

The Dubai Court of appeal’s final decision, English and Arabic copies of which were provided to Reuters by Akhmedov’s lawyers came after two years of legal battles in the emirate over the freezing order.

Lawyers acting for Akhmedova said on Wednesday they would not comment on possible next steps until they assess the reasons for the court ruling, but said the yacht still could not sail.

“An injunction imposed by the Marshall Islands authority, the flag state of the yacht, prevents it from doing so. That injunction has never been challenged and demonstrates the undoubted rights of position,” said the lawyers’ statement, provided by the spokesman.

Akhmedova began divorce proceedings in Britain in 2012. Akhmedov said he and his wife had already divorced in Russia in 2000, but various Russian and British courts have found no evidence to support this assertion.

Akhmedova is using London-listed litigation funder Burford capital. Burford did not immediately respond to a request for comment.

Forbes estimates Akhmedov’s net worth at $1.4 billion. The U.S. Treasury Department has put him on a list of sanctioned Russian state-owned companies and so-called “oligarchs,” identified as close to President Vladimir Putin.