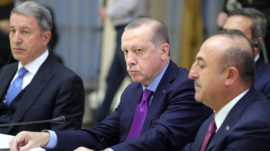 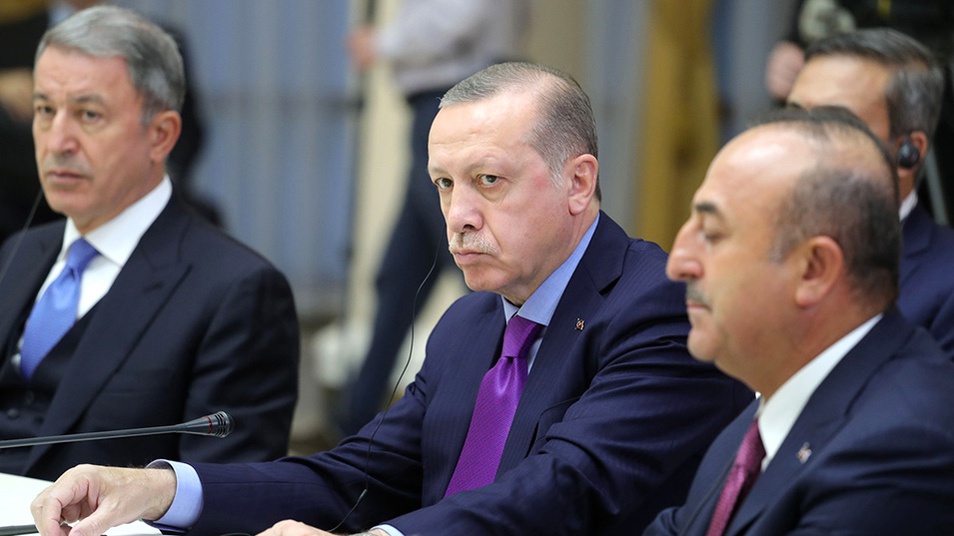 Turkey’s Recep Tayyip Erdogan will get another chance to lobby Vladimir Putin to protect Turkish interests as the U.S. prepares to withdraw from Syria, leaving Russia as the key power broker in that war-ravaged nation.

The two leaders meet again in Moscow on Wednesday to discuss coordination in Syria, where they’ve been on opposing sides even as they deepened their friendship. Russia has backed Syrian President Bashar al-Assad throughout the eight years of fighting, while Turkey supported militant forces seeking to overthrow him.

A key focus of the talks will be the city and province of Idlib, where an al-Qaeda affiliate called Hayat Tahrir al-Shamrouted routed Turkish-backed rebels in a sudden advance over the last few weeks. That leaves in tatters a deal that Turkey had reached with Moscow in September to avert a Syrian regime assault on the city. The agreement was contingent on Turkey and its allied forces clearing the city of terrorists, which they failed to do.

A green light from Moscow now for Assad to take back control of the province would mark a setback for Erdogan, who’s been trying to carve out areas of influence for anti-regime Islamist rebels. Turkey says that a political transition after the fighting ends must see Assad leave. But Putin’s envoy to the Middle East told Bloomberg last month that Assad is popular and would probably win a new election.

“Lavrov has said Russia would ‘consider’ Turkish interests, but that sounds more like a diplomatic expression for: ‘No way,’” said Heiko Wimmen, the Syria, Lebanon and Iraq Project Director at International Crisis Group in Beirut, referring to Russia’s foreign minister, Sergei Lavrov. “Erdogan will try to get Putin to OK his security zone. It’s unlikely he’ll succeed.”

Lavrov warned on Jan. 16 that the deal on Idlib didn’t give “carte blanche to terrorists,” and said the situation there would be a “central issue” in discussions between Putin and Erdodan. Turkey, which already hosts the largest refugee population in the world at nearly 4 million people, fears that a regime assault on Idlib would send hundreds of thousands more across its border.

Capturing Idlib would also further strengthen Assad’s position as he seeks to exploit the planned withdrawal of U.S. troops to take back oil-rich northeastern provinces now in the hands of an American-backed Kurdish group. Ankara considers the Kurdish fighters to be terrorists and has been pushing to establish a buffer zone on the Syria-Turkey border, a plan the U.S. supports but which will likely also require Russian support to enforce.

Turkish Foreign Minister Mevlut Cavusoglu said last week that his country’s military was ready to cooperate with Russia and Iran, as well as the U.S., to confront jihadists in Idlib and prevent a broader offensive on the enclave. Under the September cease-fire deal, Turkey said it would ensure the al-Qaeda-linked militants left a demilitarized zone there.

With an estimated 15,000-20,000 fighters, the extremist group will be hard to dislodge after it imposed control over the city of Idlib and the surrounding province, said Anton Lavrov, an independent defense analyst based near Moscow.

“It won’t be a quick victory but it is ultimately a matter of time — a few months,” he said.

It’s unclear what this would mean for Turkey’s threatened assault on Kurdish fighters further east. The prospect of an imminent offensive had already faded after U.S. officials rowed back on a pledge from President Donald Trump to swiftly pull out American soldiers embedded with the Kurdish YPG. A major argument for the slower exit was protection of the Kurdish forces, who endured much of the heaviest fighting against Islamic State.

The deaths of four American soldiers in a Jan. 16 suicide attack claimed by Islamic State — whose defeat Trump cited as reason to withdraw — could slow things further. Russia is pushing for Assad’s forces to move into the northeast, and has told Turkey that this would assuage its concerns about the YPG’s presence there.