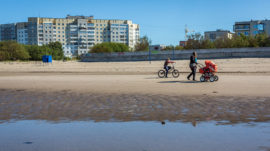 The three injured men arrived at the hospital around 4:30 pm, naked and wrapped in translucent plastic bags. The state of the patients made staff suspect they were dealing with something very serious. But the only information they had at the time was that there had been an explosion at a nearby military site around noon.

“No one — neither hospital directors, nor Health Ministry officials, nor regional officials or the governor — notified staff that the patients were radioactive,” one of the clinic’s surgeons told The Moscow Times by phone this week. “The hospital workers had their suspicions, but nobody told them to protect themselves.”

The hospital was Arkhangelsk Regional Clinical Hospital, a public healthcare center in Russia’s far north, and the day was last Thursday, Aug. 8. After the explosion, radiation spiked to as much as 20 times its normal level for about 30 minutes in the region’s second largest city of Severodvinsk. Russia’s state nuclear agency Rosatom has reported that the accident killed five of its staff members.

Russian authorities are keeping the circumstances surrounding the explosion shrouded in mystery. With government agencies releasing information piecemeal amid a mass of contradictions, the state’s response to the accident echoes its behavior after Chernobyl, the catastrophic 1986 nuclear accident in then-Soviet Ukraine.

Official reaction has included initial denials that radiation spiked at all, and an announcement four days after the accident that the village of Nyonoksa, close to the military site, would be evacuated. Authorities later denied that they had ever ordered villagers to leave. The lack of information has led to confusion among locals, who reportedly scrambled to buy up all of the iodine, a chemical used to limit harm to radiation exposure, in the Arkhangelsk region.

They are not the only ones who have been left confused and demanding answers. Four male doctors at the Arkhangelsk hospital — two in senior positions — and a medical worker told The Moscow Times that its staff have been left shocked and angered by the events that took place. The doctors spoke on condition of anonymity, citing a period of heightened attention by Russian security services. 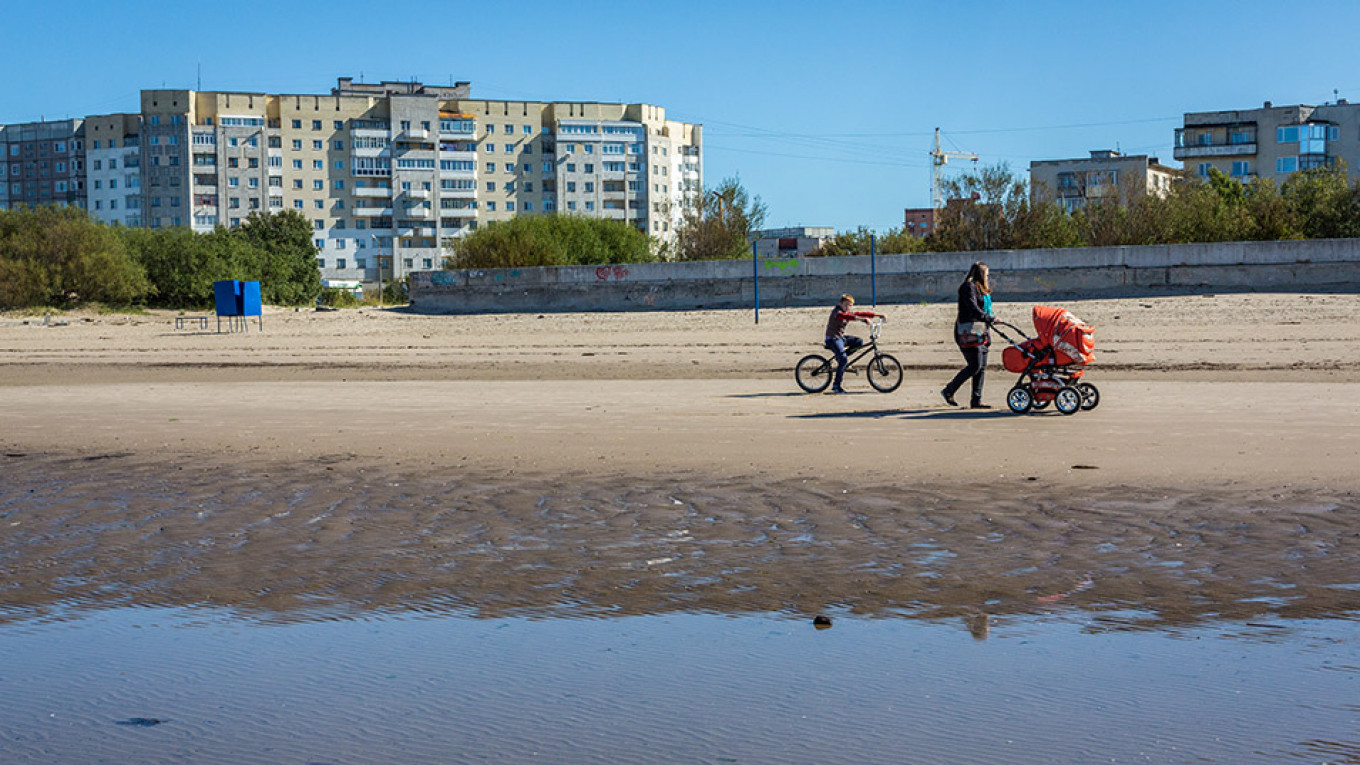 Doctors say colleagues who treated the three patients were persuaded to sign NDAs by the FSB. Marina Kruglyakova / TASS

While none of the doctors worked directly with the patients in question, they all attended a briefing at the hospital on Aug. 12 by a deputy health minister for the Arkhangelsk region and are in constant communication with colleagues who did treat the victims, they said. The doctors said that all staff who worked with the patients directly were asked by Federal Security Service (FSB) agents on Aug. 9 to sign non-disclosure agreements that prevent them from talking about what happened.

“They weren’t forced to sign them, but when three FSB agents arrive with a list and ask for those on the list to sign, few will say no,” said one of the senior doctors.

The Moscow Times was unable to speak with any of the doctors who tended to the three patients or obtain a copy of the reported non-disclosure agreements.

But the versions of events that the five men recounted are identical. They also concur with two additional anonymous accounts published on Aug. 15 — one from a female doctor at the hospital in a local news outlet, Northern News, and one in a local chat group on the popular Telegram messenger.

All seven of the accounts express pointed frustration with the authorities for keeping medical staff in the dark about the risks they were facing.

“The staff is furious to say the least,” said one of the doctors who spoke to The Moscow Times. “This is a public hospital. We weren’t prepared for this and other people could have been affected.”

“Still, everyone did their jobs professionally,” he added.

All of the accounts also ask why state personnel exposed to radiation would be sent to a civilian hospital, rather than a military one, in the first place. The doctors who spoke to The Moscow Times said they and their colleagues had prepared a thorough list of questions for Health Ministry representatives who visited on Aug. 12 to clarify the staff’s concerns, and not a single one was answered clearly.

The Health Ministry, the FSB, the Arkhangelsk’s governor’s office and the Arkhangelsk Regional Clinical Hospital did not respond to requests for comment for this article. 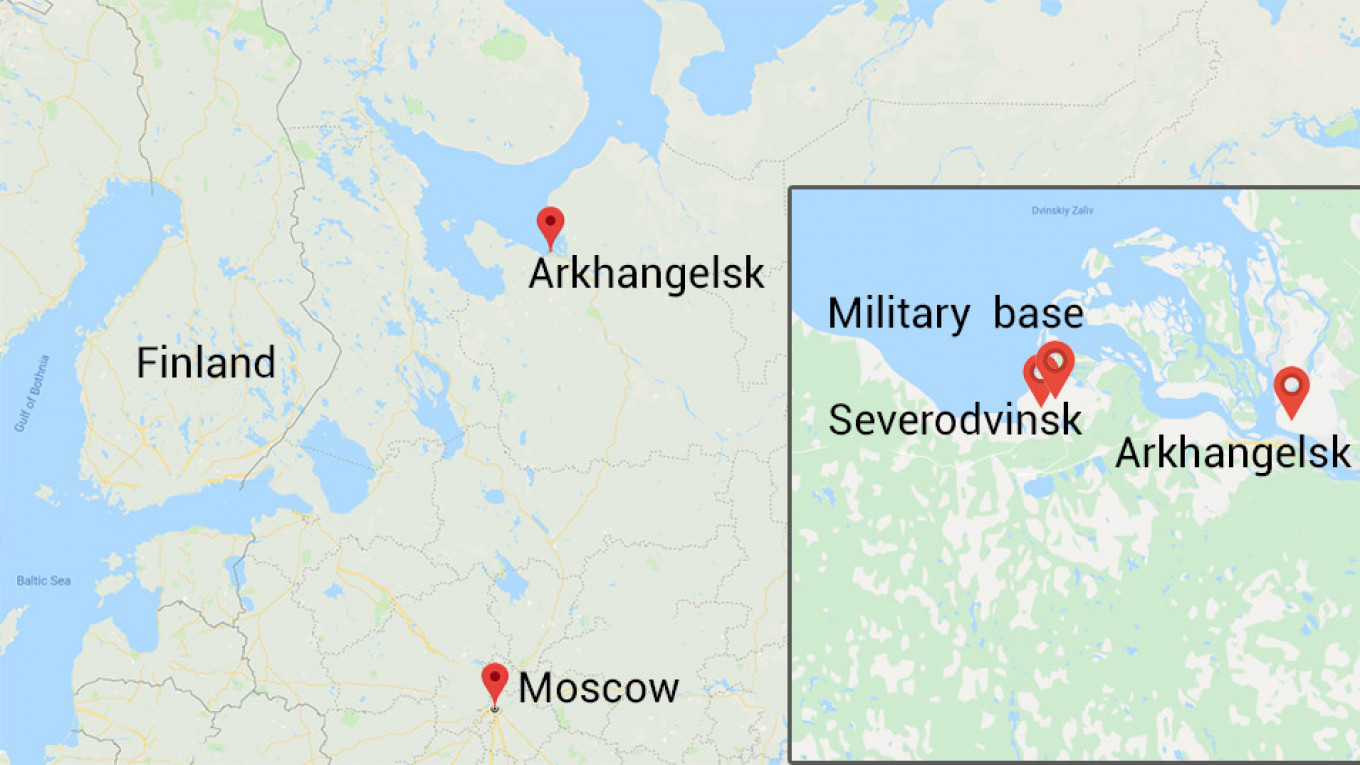 Officials stopped flying staff to Moscow after one was found with a radioactive isotype in his body. Google Maps, MT

Rather than answers, the doctors were offered a trip to Moscow for tests. All four doctors said that about 60 of their colleagues, including four or five paramedics who had transported the patients to the hospital, took up the offer. The first group flew to Moscow hours after the meeting with the Health Ministry representatives, they said.

According to three of the doctors, including both senior sources, one of the doctors flown to Moscow was found to have Caesium-137 — a radioactive isotope that is a byproduct of the nuclear fission of uranium-235 — in their muscle tissue. One of the sources said the affected doctor had told him so directly, though he was not informed about the amount or concentration of the isotope found.

The affected doctor declined a request for an interview.

“[The person is] beaten down emotionally, but physically seems to be fine, for the moment,” the doctor who spoke to The Moscow Times said, describing his colleague.

The doctors said that after two groups flew to Moscow the rest of the flights were cancelled. They also said after the results had come back radiation experts were flown to Arkhangelsk to carry out the tests there instead.

Yuri Dubrova, an expert on the effects of radiation on the body at the University of Leicester in the U.K., said by phone that the patients brought to the hospital most likely had high doses of the isotope on their skin. The level of danger for the Arkhangelsk doctor all depends on how much the person was exposed to, Dubrova said.

“If the dosage wasn’t very high, the person should be able to fully recover within a week if they are given clean food and water,” he said.

But Dubrova also noted that the lack of information is what would have put the doctor in harm’s way.

“Exposure to Caesium-137 is quite preventable — all you need to do is wash the patient really well,” he said. “But the doctors were made vulnerable to radiation because they hadn’t been told what had happened.”

According to the doctors, the operating theater, located on a third-floor wing of the hospital, was sealed off until Aug. 13. They said that Russia’s consumer safety watchdog Rospotrebnadzor and the Emergency Situations Ministry inspected the hospital over the following days.

The doctors also said Rospotrebnadzor representatives have told staff that the hospital is now safe.

Last Friday, Aug. 9, the Baza news outlet, which has close ties to Russia’s security services, reported that men injured during the blast had been brought to a Moscow clinic for radiation sickness treatment. The outlet published a video of a convoy of police cars and ambulances travelling through the Russian capital.

According to three of the doctors, two of the three patients that were treated at the Arkhangelsk Regional Clinical Hospital didn’t even reach Moscow, dying en route to the airport.

They said that security services officers who visited the hospital on Aug. 9 recovered and deleted all of the information about the incident that was in the hospital’s records.

“It’s as if the event no longer exists,” one of the doctors said. “With no documentation the staff couldn’t try to take anyone to court, even if they wanted to.”

He added that some of his colleagues who travelled to Moscow had done so to try to gather evidence to prove the accident happened.

“When all of our colleagues are back in Arkhangelsk, we will sit down and discuss what we should do next,” another doctor said, noting that so far the staff is strongly considering appealing to the prosecutor general.

“Every rule was broken,” he added. “Why were these patients brought to a civilian hospital and not a military one? Why were staff not told to implement proper safety measures? Why were paramedics allowed to transfer them without wearing the right protective gear?”

The events bring to mind a chilling scene in the recent HBO miniseries ‘Chernobyl.’ When the first patients arrive at a local hospital after the accident, doctors begin treating them without protective gear. One cautious nurse explains that their clothes should be burned, but the doctors are depicted handling the toxic items with bare hands.

“It’s exactly like the show’s creator said,” one of the doctors said, referring to a tweet from Craig Mazin three days after the Severodvinsk explosion. “Thirty-three years later and our government hasn’t learned a thing. They keep trying to hide the truth.”