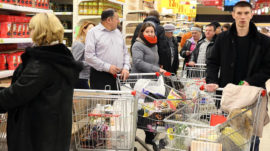 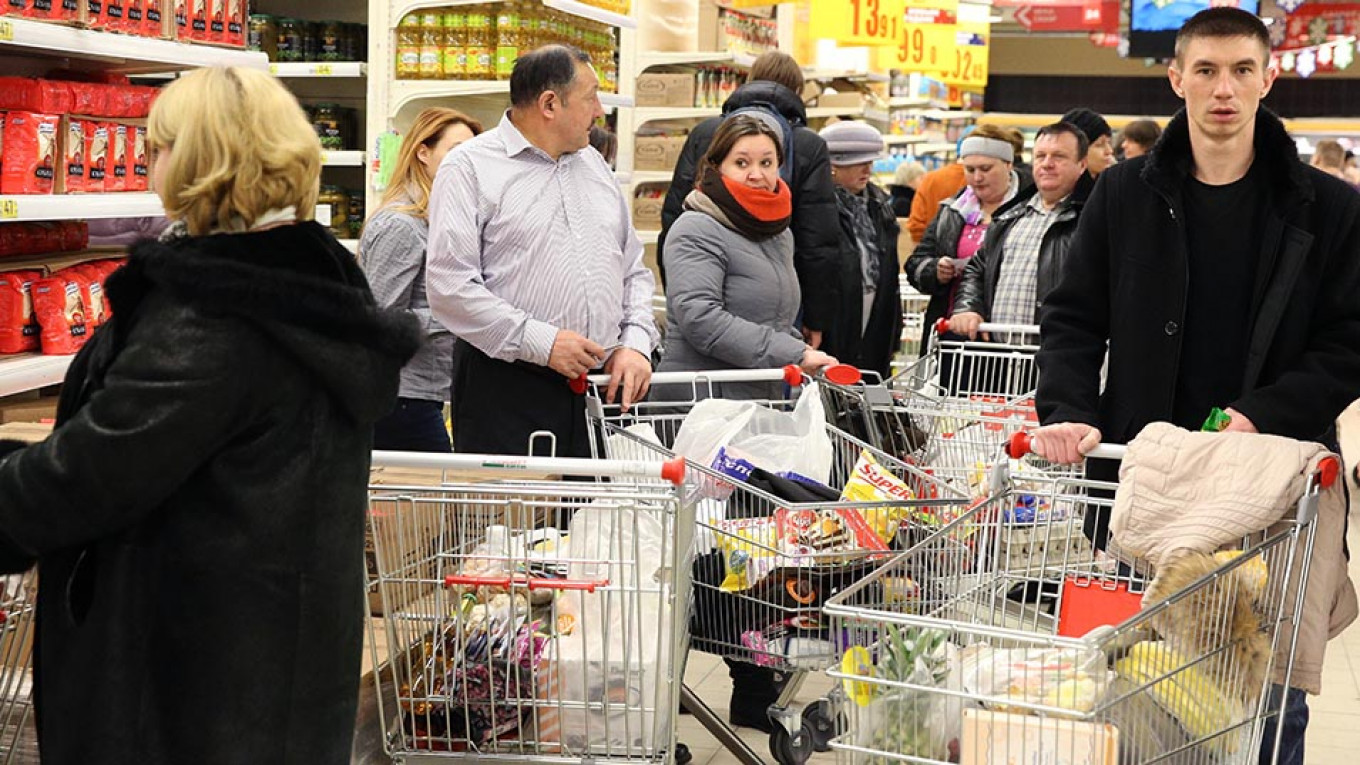 Economists have raised questions over a surprisingly healthy batch of economic data released by the Russian statistics agency Rosstat.

Statistics published Thursday evening showed an unexpected and significant jump in real disposable incomes of an annual rate of 3% in the third quarter of the year, off the back of a 0.1% fall in the second quarter. It was the fastest recorded growth since Rosstat started publishing such data in 2014, and follows months of debate among Russian economy-watchers about the deterioration in living standards in the country over recent years.

GDP was also reported to have climbed 1.9% over the past 12 months, up from 0.9% in the previous reading. That increase comes against a slew of growth downgrades from international organisations, including the World Bank and the International Monetary Fund (IMF), which recently cut their forecasts for 2019 growth to 1% and 1.1% respectively.

“In short, the figure raises questions,” said Kirill Tremasov — a former economist at the central bank and Economics Ministry who has been vocal in his scepticism over the quality of numbers produced by Rosstat.

“I do not have a clear explanation for the explosive growth of household incomes. All this looks very strange against the background of lower consumption and unchanged real wage dynamics,” said Tatiana Evdokimova, chief economist at Nordea Russia.

Disposable income statistics differ from measurements of wages in that they strip out taxes and spending on essentials, while including the effects of welfare payments and different sources of income like undeclared jobs or investment returns. They are seen by economists as a more accurate measurement of living standards.

Tremasov also pointed out that the growth in disposable incomes contrasts with a surprise slowdown in retail spending which was also recorded yesterday — as the retail industry recorded its slowest annual sales growth in more than two years at 0.7%.

“The sustained slowdown in the retail sector looks strange if you take the income statistics seriously,” he said.

ING’s chief economist Dmitry Dolgin said the income growth could only be explained by a massive increase in the number of people in employment or growth in wages. However, there was little suggestion either had occurred, and other analysts highlighted that even when wages jumped significantly in 2018 — around the time of the presidential election — this did not translate into such a marked increase in disposable incomes as was recorded yesterday.

The growth in GDP, which accelerated from 0.9% to 1.9% on an annual basis also left economists sceptical.

Dolgin said that around 0.2 percentage points can be attributed to “a pick-up in agricultural output on favourable weather and harvest conditions. [But] the rest of the growth structure remains non-transparent and requires further clarification.”

History Is Not on Putin’s Side, Says Former U.S. AmbassadorRussia Moves to Phase Out Plastic Bags in New Draft Law