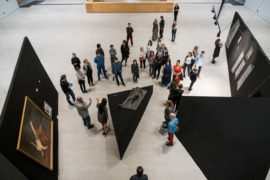 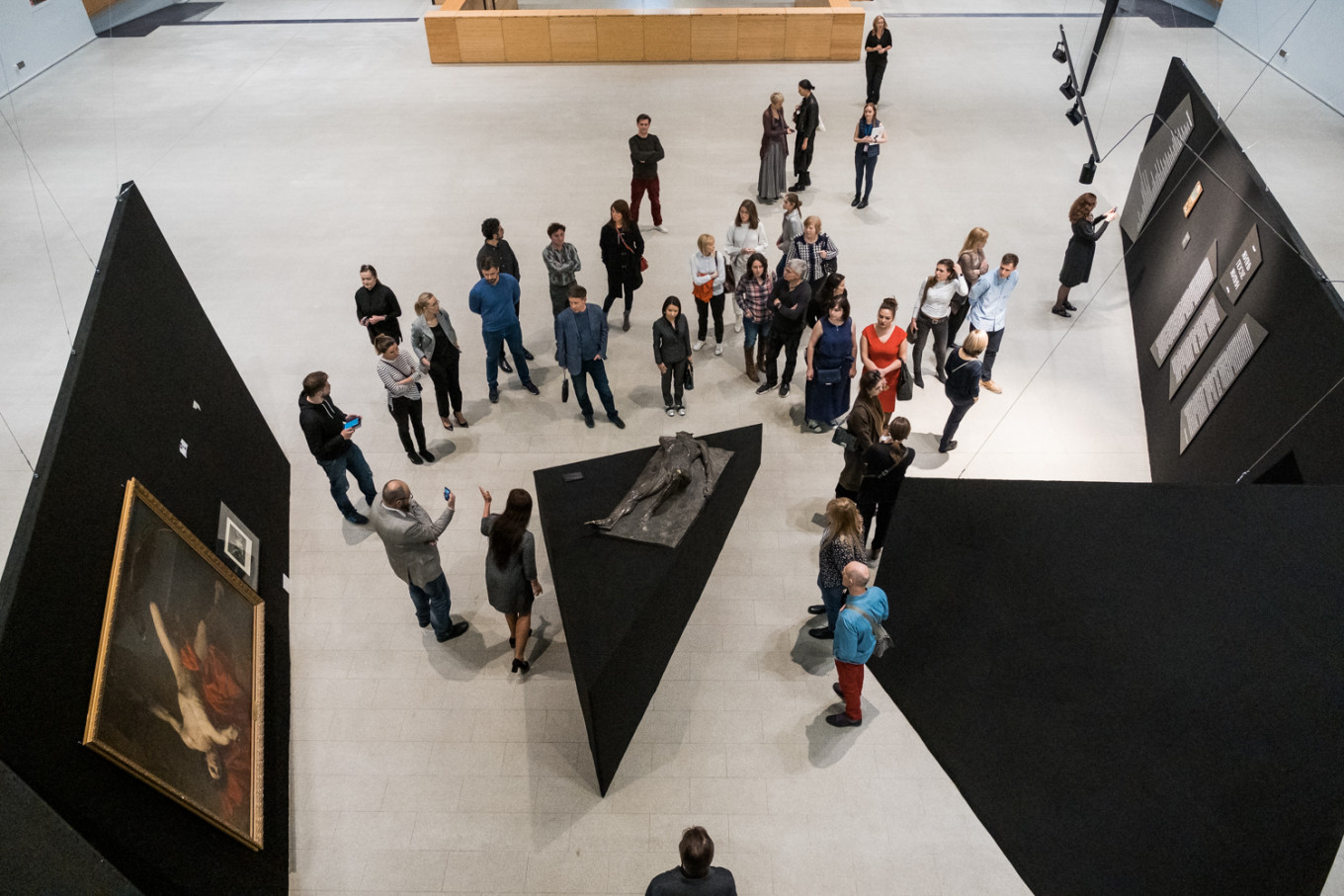 Melancholy, peace, nostalgia… these and other emotions are described by visitors as they make their way through darkened halls filled with art, accompanied by the lonely sound of a piano and the faint scent of sandalwood incense.

“Life After Life,” the new exhibition at the Manege, explores death, one of the most universal themes in art, through the eyes of St. Petersburg’s artists throughout history. The show, based on an idea by Manege Director Pavel Prigara and curated by Elisaveta Pavlycheva with  artist Vitaly Pushintsky as artistic consultant, consists of various art forms dating from 1725 to 2018, including paintings, sculptures, videos, and graphics.

“We did not just gather works that had to do with the theme of death,” explained the curator Elisaveta Pavlycheva at the opening of the exhibition. “We tried to arrange these works in groups in such a way that they would enter into a dialog with one another to tell a specific story or make a statement.”

The meaning, however, is left for the visitors to decide for themselves. The subjects of life, death and immortality are portrayed in different art forms throughout history. They are reflected in many different themes, from biblical stories, mystical paintings to realistic scenes. The emotions portrayed range widely, from fear and sorrow to peace.

“Life After Life” engages more than just visitors’ sight. The exhibition is designed as a kind of immersion into a world of the senses. The show is accompanied by the music of neoclassical pianist and composer Misha Mishchenko, and the hall is permeated by the scent of Florential, developed especially for the show by Comme des Garçons. The vast hall of the Manege has been partitioned by walls that create a labyrinth, allowing for many paths to experience the artworks. “There is not one right way to visit the exhibition,” Pavel Prigara said. “The whole idea is for each visitor to find their own path intuitively and find their own meaning in it.”

Sculptures and paintings of skulls are a recurrent theme throughout the years, and so is the portrayal of the death of historical figures as Vladimir Lenin, Emperor Alexander II and Peter the Great. His portrait in death, peacefully reposed, is one of the oldest works in the show.

The artists whose works are displayed make up a list of Russia’s finest and most beloved painters and sculptors. Visitors can see works by such renowned artists as Alexei Venetsianov, Karl Bryullov, Pyotr Klodt, Vasily Surikov, Viktor Vasnetsov, Vasily Polenov, Alexander Golovin, Ilya Repin, Kuzma Petrov-Vodkin, Ivan Bilibin, Nikolai Roerich, Mikhail Vrubel, and Marc Chagall. But there are contemporary artists on display as well, such as Uldus Bakhtiozina, Anatoly Belkin, Mikhail Shemiakin, and many others.

It is a show that allows visitors to see works by the country’s best artists, get a glimpse of the history, culture and religious views in Russia over the last two centuries, and contemplate mortality and immortality.

The exhibition runs from April 9 until May 22.