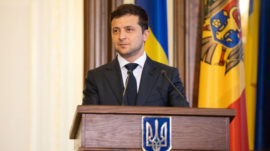 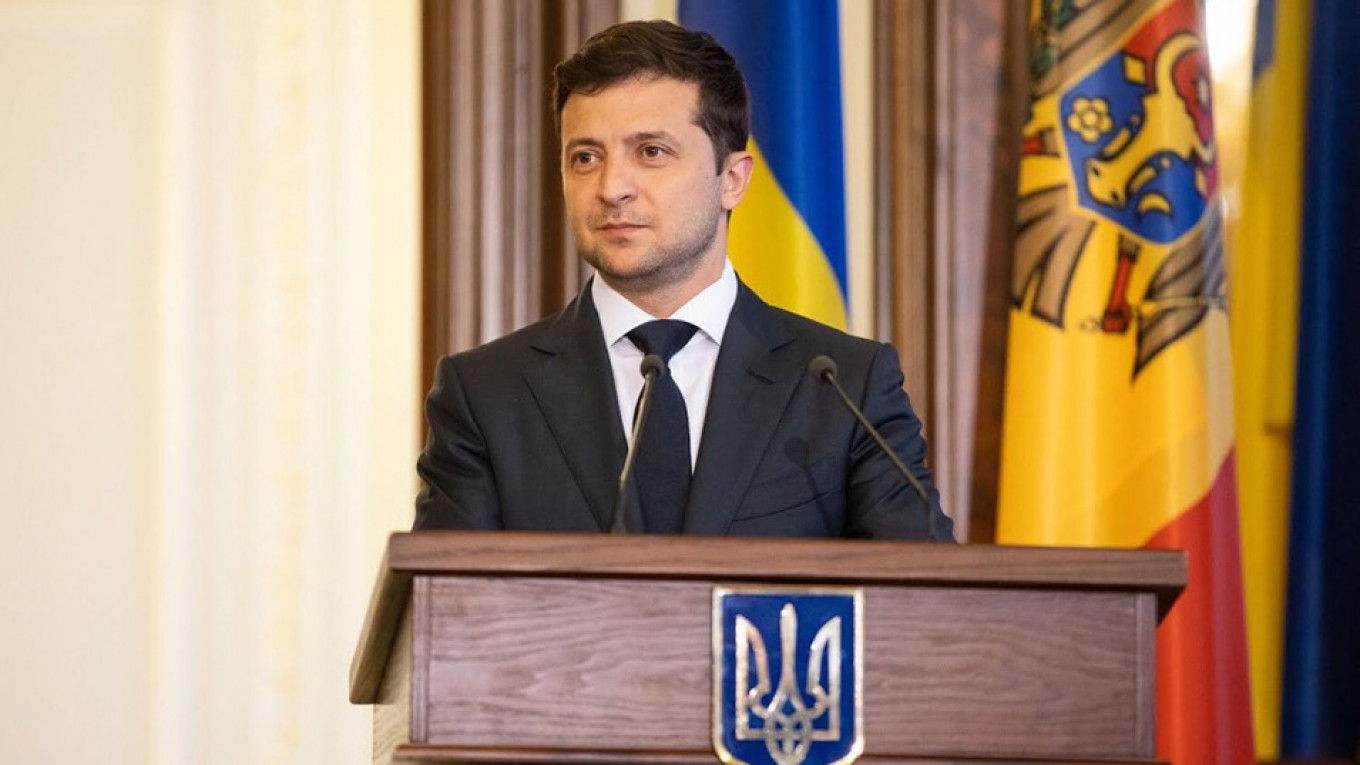 President Volodymyr Zelenskiy rose to lead his nation as a political novice and questions still surround his plans, especially regarding Ukraine‘s relations with Russia. As he closes in on solidifying his control at home, some answers are starting to emerge.

With less than a week to go until parliamentary elections and his upstart party firmly in the lead, Zelenskiy is immersed in his first negotiation with President Vladimir Putin. The talks are focused on the fate of Ukrainian sailors detained by Russia and a potential prisoner exchange between the neighbors locked in a deadly conflict for half a decade. Zelenskiy also proposed a new format for peace talks.

The engagement he’s waded into has flummoxed even the world’s craftiest politicians. An existential issue for Ukraine, how he deals with Putin could define Zelenskiy’s presidency and freeing the 24 sailors may give his party a boost at the polls. A swap won’t necessarily signal the start of a detente — his predecessor has negotiated several — as painful pressure points remain from Crimea to the eastern conflict region of Donbas and gas supplies.

“He wants to do this as fast as possible,” said Volodymyr Fesenko, head of the Penta research institute in Kiev. “Zelenskiy wants to speed up talks, he’s trying to push this process.”

Zelenskiy and Putin spoke by phone last week about the release of the sailors detained in late 2018. They were captured during a naval skirmish near the bridge spanning the Kerch strait that links Russia to Crimea, the peninsula annexed by Moscow in 2014. More than a hundred other Ukrainians have been held in Russia since the armed conflict between Kremlin-backed separatists and the Ukrainian government started in 2014.

The U.S. has thrown its support behind Zelenskiy’s drive and stressed his role in the negotiations.

“I sincerely hope Moscow agrees to this prisoner exchange,” Kurt Volker, the U.S. envoy to the Russia-Ukraine conflict, wrote on Twitter. “If successful, it will be the result of direct engagement between Presidents Zelenskiy and Putin.”

I sincerely hope Moscow agrees to this prisoner exchange. It would be an important step to build confidence and reunite prisoners with their families. If successful, it will be the result of direct engagement between Presidents Zelenskyy and Putin.

Stopping the war along the nation’s eastern border is a priority of the highest order for 65% of Ukrainians, according to a survey by the polling company Rating Group conducted this month. All other issues pale in comparison, with 39% of respondents naming the economy as one of the three most urgent tasks and corruption at 33%.

But navigating the relations with Ukraine’s Soviet-era master has been some of the most treacherous ground for Zelenskiy’s predecessors, some of whom came with decades of experience in politics and business.

Complicated talks over financing, natural gas supplies, territorial disputes, relations with NATO and the European Union and most recently the peace talks have been on the top of the agenda for generations of Ukrainian leaders from Leonid Kuchma to Yulia Tymoshenko and Viktor Yanukovych. Results have been mixed, at best, and it was partly the frustration with Petro Poroshenko’s inability to make more headway that convinced Ukrainians to replace him with an untested entertainer.

In a disappointment to the Zelenskiy camp, a court in Moscow on Wednesday extended the detention of the sailors as a preventive measure. Kremlin spokesman Dmitry Peskov told reporters that there were no talks under way about the exchange of the sailors.

Just the night before, Zelenskiy discussed with German Chancellor Angela Merkel the need to achieve progress in the release of Ukrainian political prisoners in Russia and other aspects of peace talks.

The Ukrainian president is “prepared to discuss this topic every day,” according to Vadym Prystaiko, his deputy chief of staff and nominee for foreign minister.

There’s a risk that Zelenskiy will be lured into a lopsided deal because of his eagerness to deliver a result, according to Oleksiy Melnyk, co-director of foreign policy and international security program at the Razumkov research center in Kiev.

“It is absolutely clear that Putin isn’t going to give the sailors away just for nothing,” Melnyk said. The negotiation is a “very dangerous political trap.”