The core catcher, one of the most important safety components of the power plant, is delivered to the construction site.

29 July 2019, Büyükeceli, Mersin Province, Turkey – The first large-sized cargo for the Unit 1 – the core catcher – has been delivered at the Akkuyu NPP construction site. This equipment, which shall be installed under the nuclear reactor pressure vessel, is a cone-shaped tank weighing 150 tons made of high-temperature steel. The core catcher is an important component of the 3+ generation nuclear reactors’ passive safety systems. 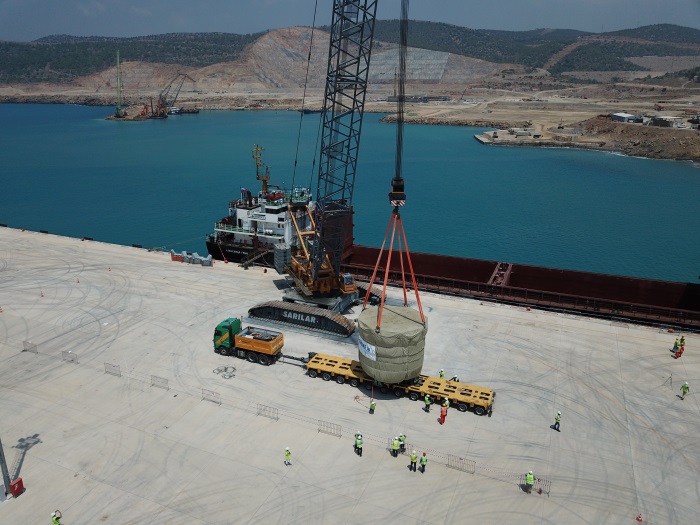 The Minister of Energy and Natural Resources of Turkey Fatih Dönmez, who recently held a working meeting at the Akkuyu NPP construction site with the General Director of the Russian State Atomic Energy Corporation Rosatom Alexei Likhachev, commented: «We have witnessed the arrival of the Core Catcher – an important security system equipment – to the site. The Core Catcher is an element designed for the third generation nuclear power plants, including the Akkuyu NPP, which allows to increase the level of its nuclear safety. The installation of this equipment will be completed by the end of this year».

“It is worth noticing that the first large-sized equipment arriving at the construction site is a nuclear safety system component. The safety and reliability of an NPP are laid down long before the start of its operation. The implementation of nuclear safety principals from the very first day of the project implementation, as well as the constant control over the construction works, are an essential part of the construction process. This approach is applied through the entire lifetime of the plant, which is 60 years, with possible extension, – Anastasiya Zoteeva, General Director of AKKUYU NUKLEER JSC, noted. –  The Akkuyu Project relies upon the experience of construction and operation of the plants with the same design type in Russia. It stipulates a combination of active and passive systems assuring NPP safety under any external conditions”.

The construction works at the Unit 1, for which the core catcher is intended, are performed according to the plan, the preparatory works for the catcher installation are in progress. All the construction phases are thoroughly monitored by independent inspection organizations and national regulatory authority,– Nuclear Regulatory Agency (NDK). 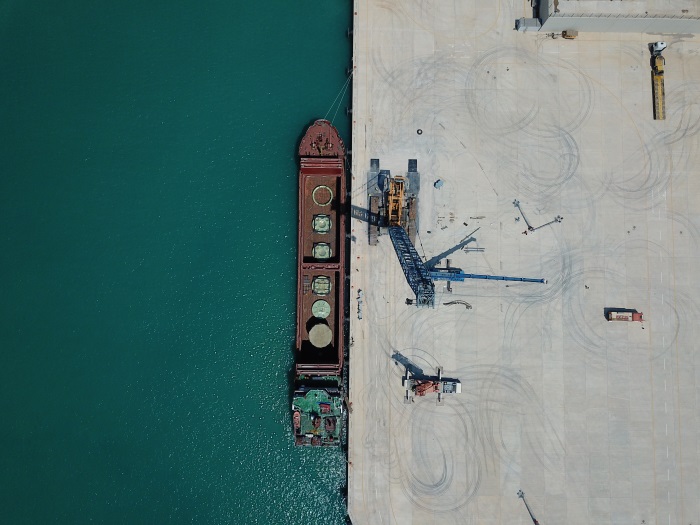 The core catcher an important component of the most modern 3+ generation nuclear reactors’ passive safety systems, which in case of need prevents the release of reactor core radioactive materials into the atmosphere. The core catcher for the first NPP in Turkey has been manufactured by the Russian enterprise JSC TYAZHMASH specializing in this kind of equipment. The first two core catching devices manufactured at JSC TYAZHMASH have already been assembled at the Tianwan NPP in China, two have been shipped for delivery to Rooppur NPP in Bangladesh, and Kudankulam NPP in India shall be equipped with four more.

Akkuyu NPP is the first-ever nuclear power plant to be built in the Republic of Turkey. The project is implemented in accordance with the Intergovernmental Agreement on cooperation for the construction and operation of a nuclear power plant at the Akkuyu site in Turkey, concluded between the Government of the Russian Federation and Government of the Republic of Turkey on May 12, 2010. The project stipulates the construction of four power units with Russian-design 3+ generation VVER reactors. The capacity of each NPP power unit will amount to 1200 MW. Currently the project is completely financed by the Russian party. The State Atomic Energy Corporation Rosatom is the majority shareholder of AKKUYU NUCLEAR company which has undertaken the obligations for design, construction, maintenance, operation and decommissioning of the NPP. Akkuyu NPP is the first project in the global nuclear industry being implemented according to the Build-Own-Operate model.