Culture | “For me, there was no better story”
RssMail

“For me, there was no better story” 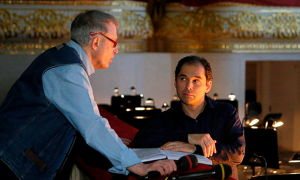 “There were no better story, better poetic images for me than the Snow Maiden, Lel or the Spring, the kingdom of the Berendeis with their wonderful Tsar, there were no better beliefs than the worship of Yarilo, the sun god,”admitted composer in one of his letters.

However, The Snow Maiden was not recognized for a long time. Critics condemned the composer for the lack of drama. Friends from the Balakirev circle censured academic style of the piece with traditional recitatives and arias in the Franco-Italian style. And the public blamed for frequent quotations from Russian folk music, taking Rimsky-Korsakov’s own melodies, composed in the folk style, for borrowings!

The Snow Maiden was generally acclaimed after the production presented by the Russian Private Opera (the Opera of Savva Mamontov in Moscow) in 1885, with scenic design by Viktor Vasnetsov. The Bolshoi Theatre presented a full version of the opera in 1893, with I. Altany as conductor. Since then, it was staged as a naïve fairy tale (1907, directed by V. Lossky) and a realistic drama (1954, directed by B. Pokrovsky) reflecting about the present time.

This production of The Snow Maiden is the seventh staging at the Bolshoi Theatre. 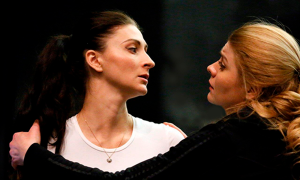 “We must construct a new myth of the modern reality,” said stage director Alexander Titel, “The play by Alexander Ostrovsky as well as Rimsky-Korsakov’s opera were compromised by enduring perception of Grandfather Frost (Santa Claus) and the Snow Maiden as children’s joys for the New Year’s Fest. Many generations have formed such a childish idea of these characters. Meanwhile, in works by Ostrovsky and Rimsky-Korsakov they are completely different… To renew the audience’s perception, to remove sweetness that has backed up over the years of the scenic history of this opera, and at the same time to tell about love and tenderness we need an extreme situation. We will revive tenderness and innocence in harsh conditions. So our The Snow Maiden will be quite unusual”.

A new aesthetic version of The Snow Maiden stage director Alexander Titel creates with his permanent co-author designer Vladimir Arefiev. Their creative duo gave birth to many opera performances at the Stanislavsky and Nemirovich-Danchenko Moscow Academic Music Theatre, among them are May Night by N. Rimsky-Korsakov, War and Peace and The Love for Three Oranges by S. Prokofiev, Cosi fan tutte by W.A. Mozart, La Traviata by G. Verdi, Medea by L. Cherubini. Chief conductor of the Bolshoi Theatre Tugan Sokhiev will be music director of the production.

The choreographer of the production is Larisa Alexandrova, she works both in drama and in contemporary dance, and her works in opera with director Alexander Titel includes Khovanshchina by Mussorgsky and War and Peace at the Stanislavsky and Nemirovich-Danchenko Moscow Academic Music Theatre.

The author of the light score is the main lighting designer of the Bolshoi Theatre Damir Ismagilov. Choirmaster is Valery Borisov. All generations of artists of the Bolshoi Opera troupe, artists of the Young Artists Opera Program, as well as a number of invited soloists are engaged in the production.