Culture | For Putin, Turkish Move Into Syria a Chance to Ramp up Middle East Role
RssMail

For Putin, Turkish Move Into Syria a Chance to Ramp up Middle East Role 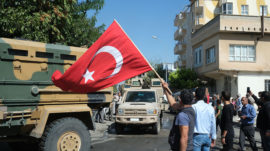 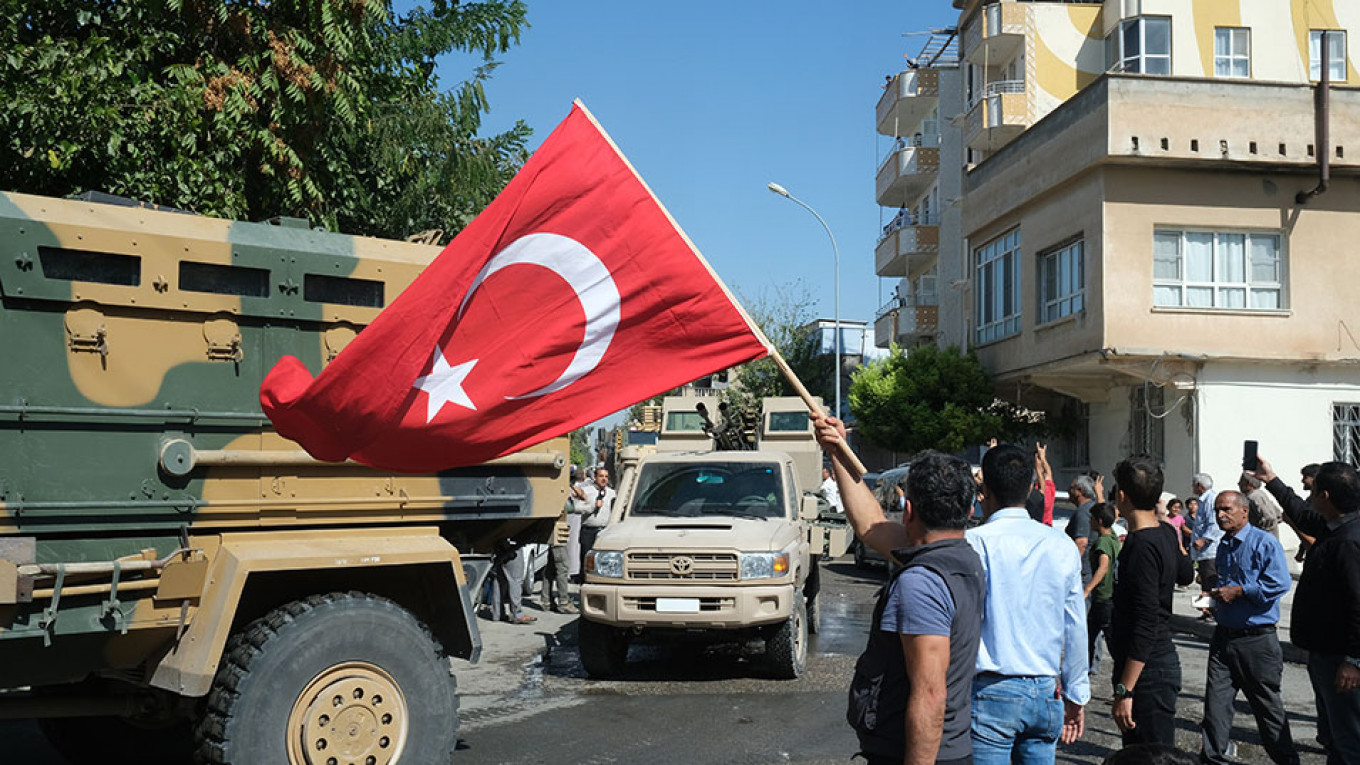 Turkey’s incursion into Syria is an opportunity for Russia to dial up its influence in the region as Washington appears to be pulling back, but the risks to Moscow’s diplomacy will rise the longer the operation goes on, people close to the Kremlin say.

In a phone call with Turkish President Recep Tayyip Erdogan before the operation against U.S.-allied Kurdish fighters, Russian leader Vladimir Putin, an ally of Syrian President Bashar al-Assad, made clear he hoped the incursion would be limited in time and scale, the sources said.

“The sooner this conflict situation is over, the better for everyone,” said Andrei Klimov, a senior pro-Putin lawmaker in Russia’s Senate.

“I really hope our Turkish partners do everything to avoid even a chance conflict on the ground with Syrian government forces and even more so with Russian soldiers.”

What Does Turkey’s Syria Offensive Mean For Russia?

For Russia, it’s a delicate balancing act. It has pledged to use its air power to help Assad retake all the territory he has lost in Syria’s eight-year-old war and has repeatedly stressed the importance of the country’s territorial integrity.

But it is also working with Turkey and Iran to push for a peaceful settlement it hopes will eventually reshape Syria’s constitution and show that Russia can make peace as well as war.

Critics say Moscow’s efforts are a sham, aimed at yielding a fake political settlement to re-legitimise Assad and attract funds from the European Union and the Gulf to rebuild Syria.

For Moscow, success would cap a 2015 intervention in Syria that gave Russia new clout in the Middle East and that it is keen to build on, particularly at a time when Washington appears to be distancing itself from the region.

President Donald Trump pulled U.S. troops out of the way of Turkey’s offensive earlier this week, drawing bipartisan criticism from members of Congress who credit the Kurds with fighting alongside Americans to defeat Islamic State.

Ankara brands the Syrian Kurdish YPG militia as terrorists because of their ties to militants who have waged an insurgency in Turkey.

A Turkish operation that drags on too long or gets too messy may upset the Kremlin’s diplomatic efforts.

“We consider it important that all sides show restraint and carefully weigh their practical steps so as not to damage the measures taken to achieve a political settlement,” said Ushakov.

He pointed to the first scheduled meeting of a Moscow-backed Syrian constitutional committee on Oct. 29 as something that should not be disrupted and said it would be unacceptable for Moscow if civilians suffered in the Turkish offensive.

Russian Foreign Minister Sergei Lavrov made clear on Thursday that Moscow is already positioning itself for a role as intermediary in resolving the latest twist in Syria’s long, drawn-out conflict.

That could involve brokering talks between Ankara and Damascus, which wants Turkish forces out, and between Damascus and the Kurds, who want a measure of autonomy inside Syria that Assad has so far shown no sign of giving.

Lavrov told reporters Moscow would try both, noting apparent enthusiasm for Russia’s services from both the Syrian and Kurdish sides.

“Let us see what we can do,” Lavrov said.

Mathieu Boulegue, a research fellow at Chatham House in London, said: “Russia is probably the only player in the room among the grown-ups who can talk with everyone in the room at the same time. Whether it’s Israel and Iran, or with Kurdish forces and Turkey, or Assad and everyone else.”

For Putin, this would be a significant geopolitical win.

“If he manages to fix this it would be considered a major political victory,” said Andrey Kortunov, head of the Russian International Affairs Council, a think tank close to the Russian Foreign Ministry.

“Putin could argue that the Americans failed to sort this out but we managed it, which implies our approach to the conflict is more efficient than our geopolitical opponents.”

If Turkey limits its operation to a 30-mile security zone inside Syria and conducts a quick operation, Russia is likely to tolerate it, said Vladimir Frolov, a senior former Russian diplomat.

Given Russia’s deployment of advanced air defense systems in Syria and its air base there, it has the technical ability to halt any Turkish advance if it wants, he said.

“If Erdogan wanted to go further into Syria and all but partition it … Moscow will try to block this by forward deploying Russian observation posts with Russian air cover,” predicted Frolov.

“Russia controls the skies in Syria and Turkey flies its planes now at Moscow’s pleasure.”