Culture | For The Kremlin, Ukrainian Election a Choice Between Lesser of Three Evils
RssMail

For The Kremlin, Ukrainian Election a Choice Between Lesser of Three Evils 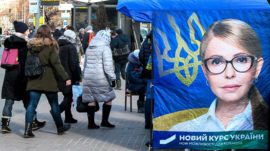 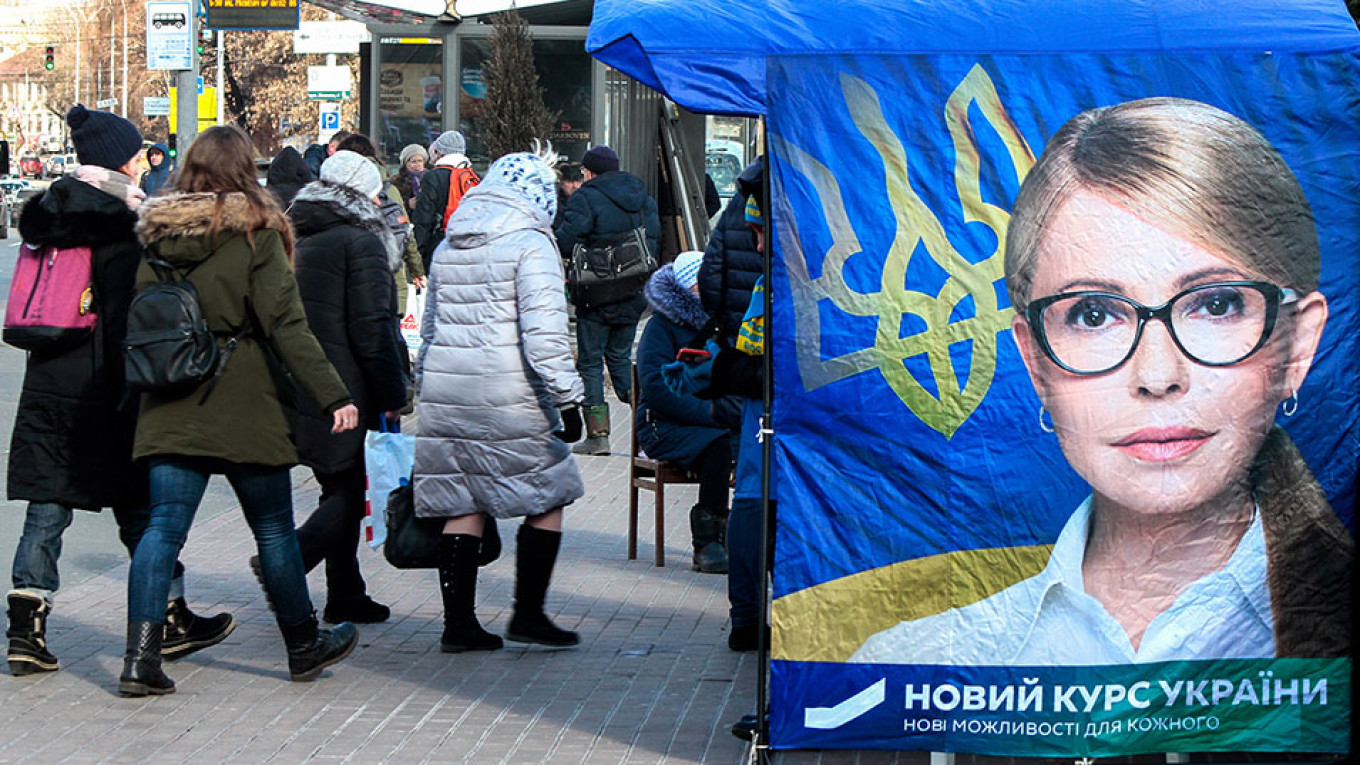 Before Russia annexed Crimea and backed separatists in east Ukraine, Moscow had a Ukrainian president who did much of what it wanted. Now, as Ukraine readies to elect a new leader, none of the main candidates look that enticing to Russia.

Viktor Yanukovich, the last Moscow-friendly Ukrainian president, was toppled by protests in 2014 and fled to Russia, and Petro Poroshenko, his successor, has put fierce opposition to Moscow at the heart of his re-election campaign.

Challenger Yulia Tymoshenko, third in the polls behind Poroshenko, calls Russia an “aggressor country.” And Volodymyr Zelenskiy, a TV comedian leading the polls, says the two countries are at war and wants Ukraine to join the EU.

Meanwhile Yuriy Boyko, a former ally of ousted Russia-friendly president Yanukovich, is trailing in fourth. While he has courted voters with promises to reverse unpopular heating tariff increases, he is unlikely to win.

Part of Russia‘s Ukraine problem is rooted in arithmetic.

Many voters in annexed Crimea and separatist-held eastern Ukraine, an area with a combined population of around 6 million people, according to data published by the separatists, are unlikely to take part in the election as they need to undergo a special registration process on Ukraine-controlled territory.

A further 3 million Ukrainians who live and work in Russia will not be able to vote either.

Moscow’s 2014 actions mean it has lost almost all influence in the parts of Ukraine it does not control, giving it few options to shape events. Kiev says Russia is using cyber efforts to try to disrupt the election to undermine its legitimacy, a charge that Moscow denies.

“Poroshenko is obviously impossible for us to deal with,” said one source familiar with Kremlin thinking, who said a Poroshenko win would entrench a political stalemate between Moscow and Kiev.

Although Poroshenko was Moscow’s worst case scenario, other candidates were a write-off for Russia too, the source said.

A second source close to the Kremlin agreed that a Poroshenko win was Moscow’s least favoured outcome, but said other candidates, notably Tymoshenko, at least offered a faint hope that the two countries could start talking again.

The source noted Tymoshenko had experience of dealing with Russia in gas price negotiations when she was Ukrainian prime minister and might be more pragmatic.

Despite his poll lead, Zelenskiy, the comedian whose fresh political face appears to be seducing many Ukrainians, is seen as something of an unknown quantity by Russia.

That is in part due to his business links to Ukrainian billionaire Ihor Kolomoisky who has helped finance militia groups to fight against pro-Russian separatists.

Other aspects of Zelenskiy, from a Kremlin perspective, may be more appealing however. A statement from Zelenskiy that he thought direct talks between Russia and Kiev were inevitable to stop the war was widely picked up by Kremlin-backed media.

The two sources familiar with Kremlin thinking said a Poroshenko win would doom any prospect of a deal over eastern Ukraine, while Moscow would welcome an agreement if it protected the interests of Russian speakers there while bringing Russiafinancial and sanctions relief.

Zelenskiy and Tymoshenko might at least be open to the possibility of talks, said Mark Galeotti, a Russia expert and fellow at the European University Institute in Florence.

Moscow was nurturing the hope it could return east Ukraine to Kiev, on its own terms, in return for some kind of soft recognition of Crimea, he said. Although the Ukrainian electoral line-up was not ideal for Moscow, the Kremlin would be happy with the prospect of a Zelenskiy win for that reason and therefore not be tempted to meddle in the election.

“If Poroshenko starts to make a serious revival, then this may change, but I think they are well aware of the risks of a backlash to electoral meddling,” said Galeotti. “They have little reason to upset the apple cart right now.”

“I think the Russians would be happier with Tymoshenko, but occupiers can’t be choosers.”

The political atmosphere in Ukraine and many Ukrainians’ feelings about Russia mean that whoever wins will find their room for manoeuvre limited when it comes to dealing with Moscow.

Talk of talking with Russia is politically toxic in many circles.

“How can anyone talk about making agreements with Russia when our territory is occupied,” said Mustafa Djemilev, a Crimean Tatar lawmaker who backs Poroshenko. “It would simply be capitulation.”

He said he regarded some of the more than 40 presidential candidates as pro-Russian and warned of violent street protests if any future Ukrainian president made concessions to Moscow.

Egor Sobolev, a lawmaker from the Self Reliance political party, which describes itself as centrist, said Ukrainian politicians who had previously advocated for Russia‘s interests had not changed their views.

But he said they understood that voicing those views was self-defeating at a time when Kiev was still embroiled in a conflict with separatists that the United Nations estimates has killed around 13,000 people.

“The only thing that has changed is how voters think,” he said. “Seventy percent of Ukrainians now believe Russia is a strategic enemy and not a friend as most people thought five years ago.”