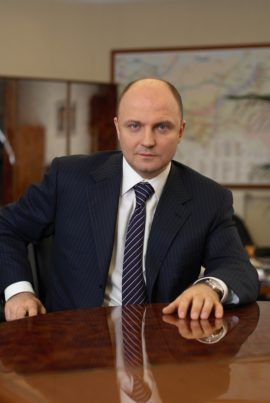 Let us proceed from reality. Considering the current state of the art in engineering and technology, a complete phase-out of hydrocarbon fuel seems more like a matter of imagination in the foreseeable future. A shift to zero-carbon technologies implies a large-scale electrification (in some scenarios, 100-per cent electrification) with the use of renewable energy sources (RES). The development of RES is not possible without large power storage capacities, nor is it possible without using sizable areas both on land and at sea (in the case of offshore windmill farms), which necessitates substantial investment, increases the dependence on weather conditions, and disrupts the existing ecosystem. This is why, taking into account the engineering and economic reasons I have just outlined, it is hard to even imagine at this juncture how to maintain an uninterrupted power supply based exclusively on RES without the use of hydrocarbons.

Besides, according to the latest UN forecast, the world population will increase by 2 billion people in the next 30 years. In this context, it has to be noted that currently one in five people in the world does not have access to electric power, and around 3 billion people still use firewood and other biomaterials for cooking and heating. In the long term, decent living conditions for these people can only be provided on the basis of fossil energy sources, and natural gas is the cleanest of these sources.

The civilization is evolving, and more and more energy is being used in the world. The increase in global population, the growth of the world economy, the creation of new production facilities and the expansion of existing ones, along with the continuous growth of vehicle fleets, are the reasons behind the ever-increasing demand for energy. And a stable energy supply is required.

In the current circumstances, this target is to be achieved, inter alia, with due consideration of the climate agenda for the reduction of greenhouse gas emissions. In a number of countries, the promotion of renewable energy has become the most popular tool to meet this target. Due to a wide range of state support measures, the total investment in the renewable energy sector around the world has exceeded USD 4 trillion in the last 15 years, according to the Bloomberg agency. Within the same period, the installed capacities of windmill farms and solar power plants have grown 17 (!) times and amounted to over 1,000 GW. At the same time, despite an investment of such scale, there is still a global rise in greenhouse gas emissions.

It is obvious that the development of the renewable energy sector cannot alone solve the task of controlling and reducing emissions, even if we speak about the energy sector only. Other approaches are required. Despite the repeated statements about the policy of phasing out the “dirtiest” energy sources, the countries that reduce power generation from renewable sources often compensate for the energy shortage by coal-fired power generation. This means that they produce energy from the “dirtiest” type of fossil fuel, i.e. coal. Nuclear energy is no longer considered an option for “supporting” renewable energy either, although it produces zero emissions.

The extended use of natural gas can, and should, become one of the main ways to meet the climate targets, as natural gas is the only energy carrier able of providing both energy security and sustainable development on a global scale.

Uninterrupted energy supply and energy security directly depend on the availability of sufficient energy storage capacities and backup power, and the best possible and the most economically feasible methods of storing energy and providing supplies during peak consumption are the use of UGS facilities and gas-fired power generation.

It is obvious that the extended use of natural gas is the most rational option in terms of developing an integrated approach to addressing the two challenges, i.e. the provision of a reliable energy supply and the reduction of harmful emissions.