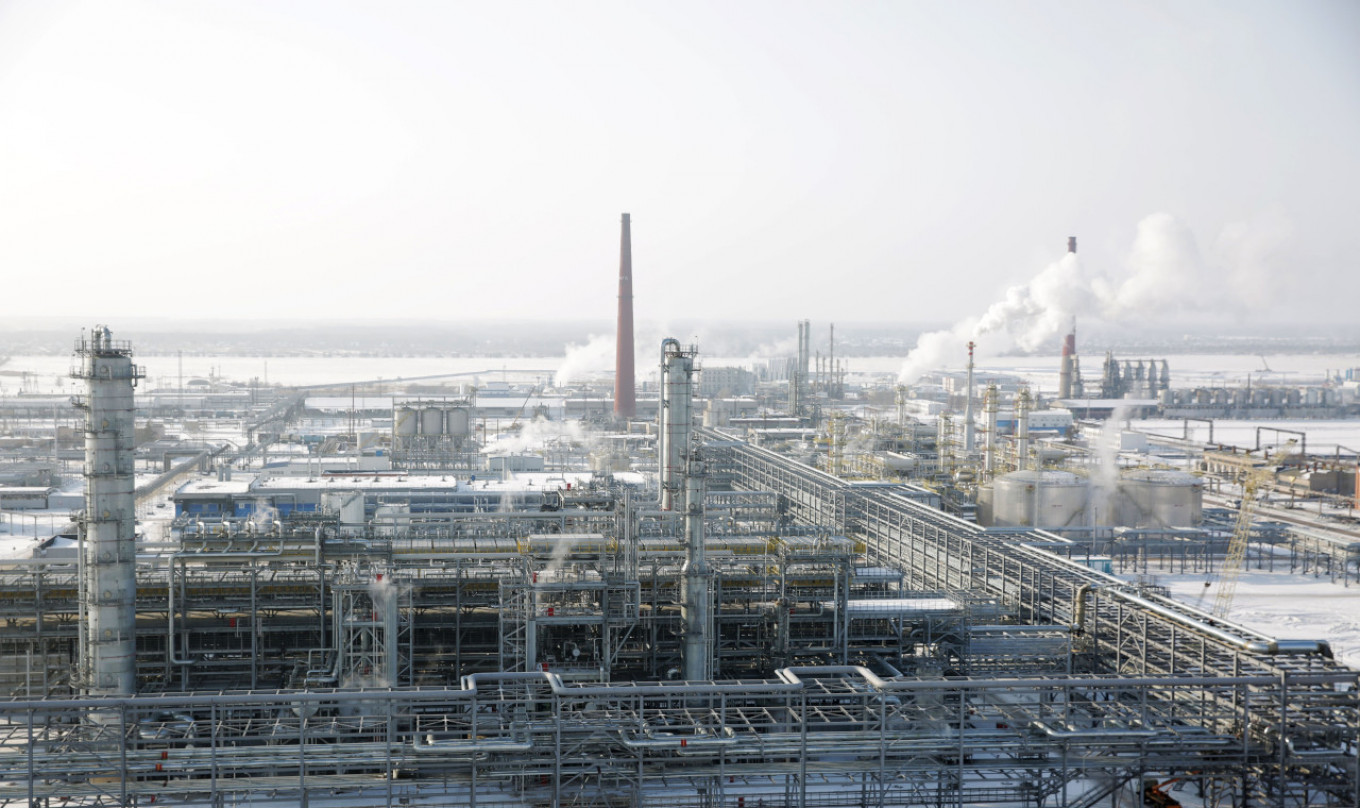 Russian state energy company Gazprom is planning to construct a giant petrochemical plant in Bovanenkovo, the company’s hub on the Yamal Peninsula. It will be able to produce about 3 million tons of plastics products polyethylene and polypropylene per year, several sources in the company told Vedomosti business daily.

If built, the plant will be the northernmost of its kind in the world.

Bovanenkovo is Gazprom’s main Arctic hub for natural gas production. The field holds as much as 4.9 trillion cubic meters of reserves and annually produces up to 115 billion cubic meters. It is located at 70 degrees north on desolate tundra lands.

Nearby there are several more major gas fields, including the Kharasaveyskoye and Kruzenshternskoye. The first of them is to come into production in year 2023. Gazprom believes that in a few years it will be able to produce as much as 180 billion cubic meters of natural gas in the remote peninsula.

The new petrochemical plant will take advantage of the cheap and plentiful natural gas. It will also have a construction cost of up to $15 billion, Vedomosti reported.

Talks with foreign partners are reportedly in progress and Saudi-based SABIC and Azerbaijan SOCAR are among possible investors.

Polyethylene and polypropylene are widely used for labeling and packaging. They are commonly produced with the use of natural gas.

The natural gas of Yamal is primarily aimed at exports and Bovanenkovo is connected with two major pipelines that bring the gas towards consumers in the European Union. However, as alternative energy sources are gradually replacing hydrocarbons, Gazprom is forced to look towards other markets and ways to use its resources. The petrochemical plant in Yamal might be the first step in that direction. And it will hardly be the last. Several more projects of the kinds are reportedly on the agenda of the company.

According to Vedomosti, subsidiary company Gazprom Neft is in the process of planning plants for the production of both ethanol and polyethylene and polypropylene. Gazprom Neft operates the Arctic oil fields of Prirazlomnoye and Novy Port.