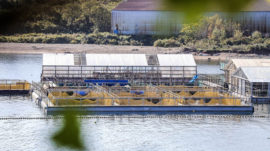 Animal rights activists have staged a picket in Moscow demanding the release of more than 100 orcas and belugas held in so-called “whale jails” in Far East Russia.

Activists have raised the alarm about the mistreatment of 11 killer whales and 90 belugas that they say are kept in cold and cramped pens in Srednyaya Bay, Primorye region. Prosecutors and investigators have promised to look into the alleged mistreatment of the mammals 9,000 kilometers east of Moscow that rights groups and residents say are bound for export to China. 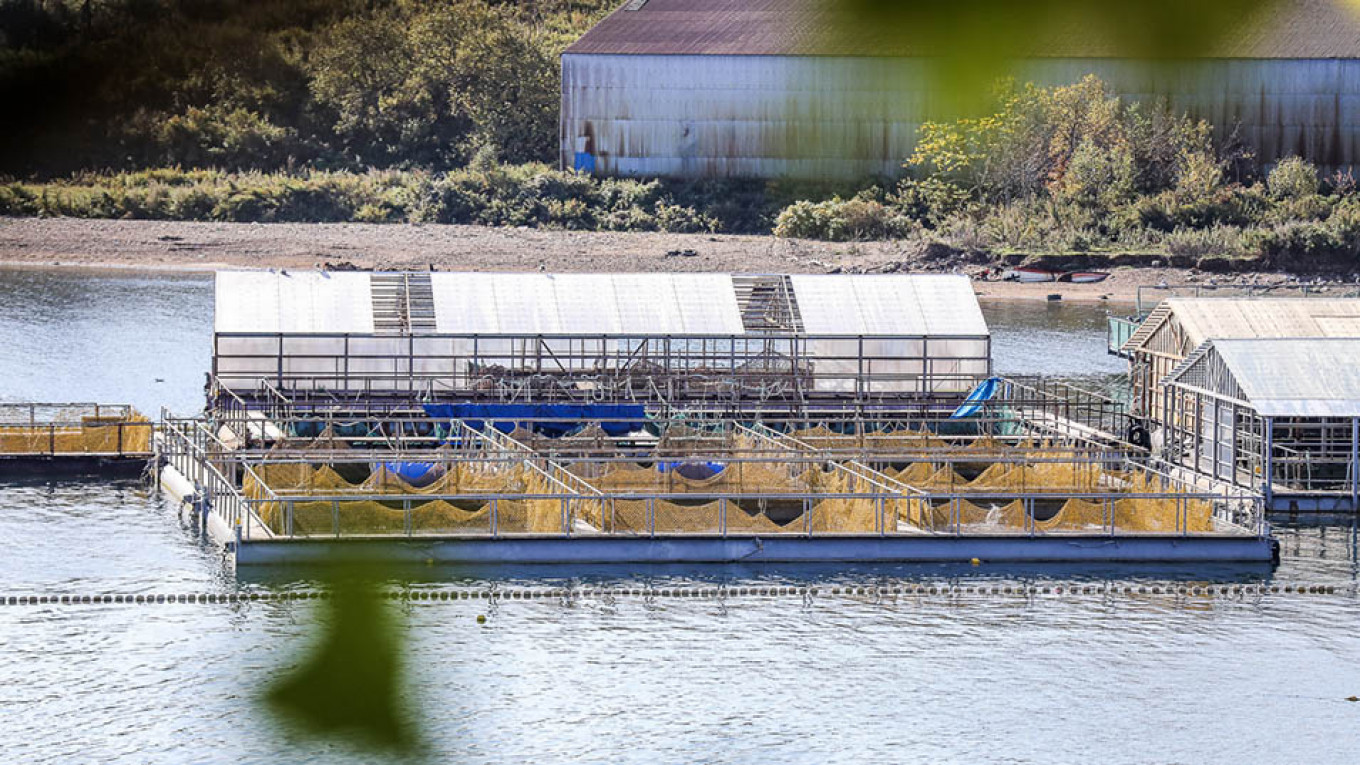 The captive animals are believed to be held in cramped pens in Primorye region. newsvl.ru

On Tuesday, Greenpeace activists gathered on Tverskoy boulevard in central Moscow to demand that the Primorye administration free the whales and ban their illegal capture in Russia.

Dressed in orange jumpsuits, they held banners reading “the orcas are freezing for us, we’ll freeze for the orcas.” 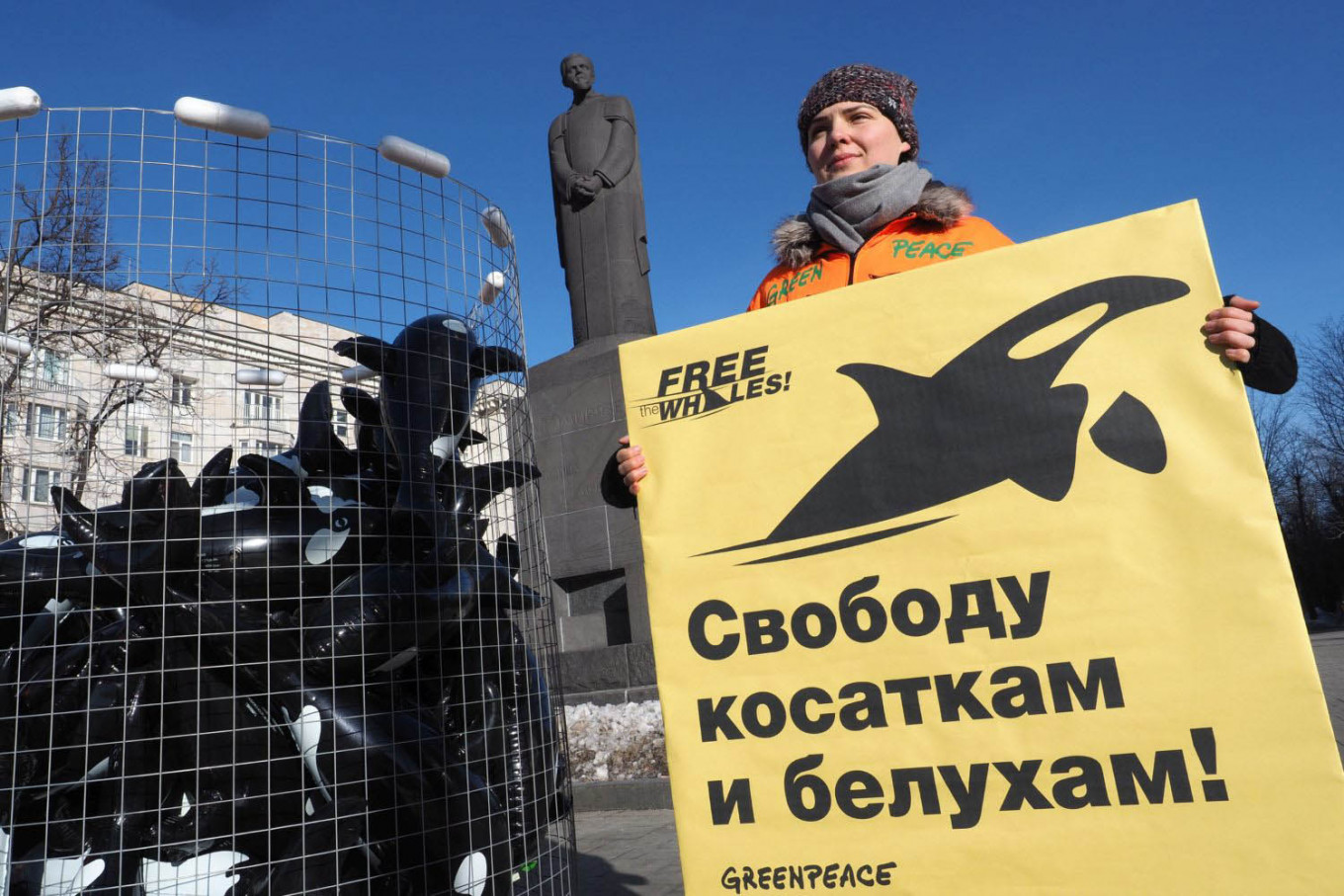 The rights group says it offered to buy heat guns and other equipment at its own expense to help the animals survive the Russian winter.

“You and I live in Russia, where winter is still winter,” he was quoted as saying.

The International Marine Mammal Project says Russia is the only country where killer whales and belugas have been caught for captivity.

Four connected companies keep the animals in one location at the marine containment facility in Srednyaya Bay, according to The Associated Press. The news agency reported that several of the owners and managers have been fined for illegally capturing the whales, which is allowed in Russia only for scientific or cultural purposes. 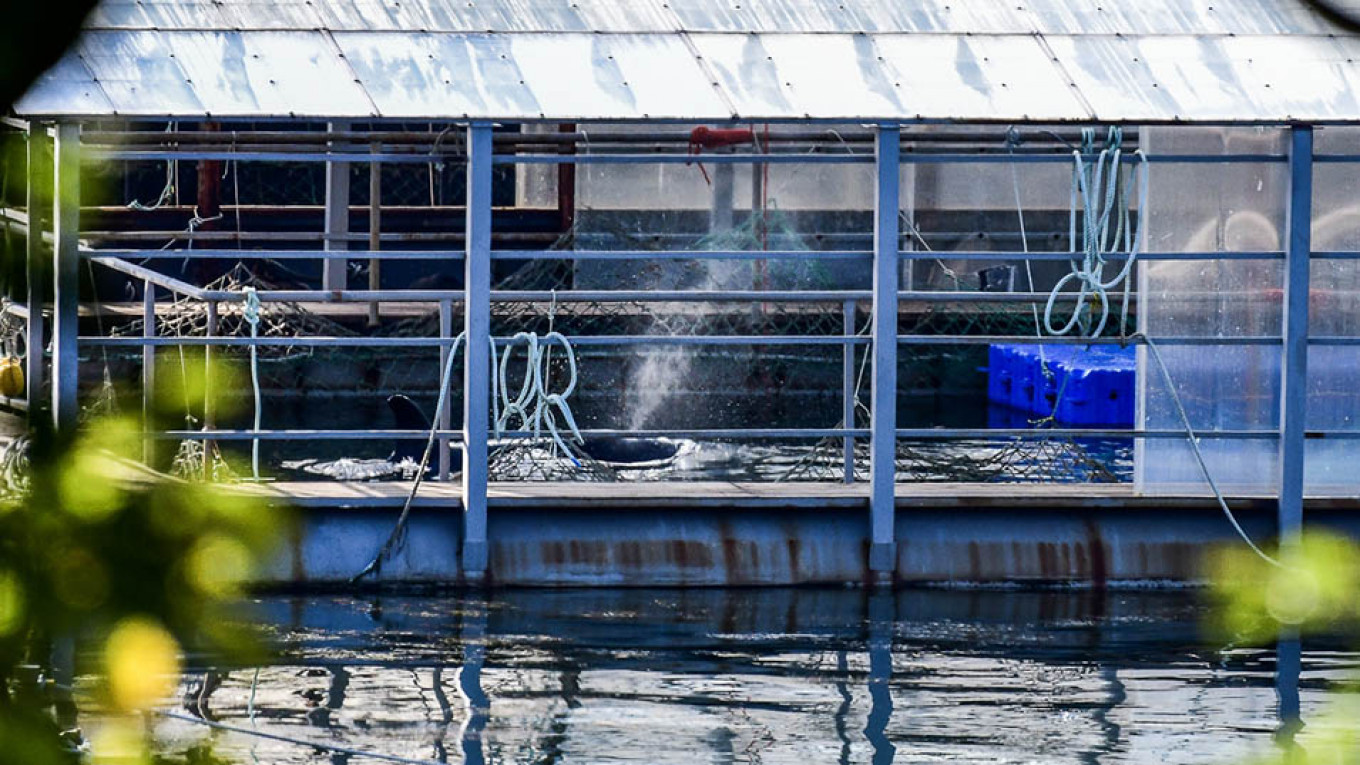