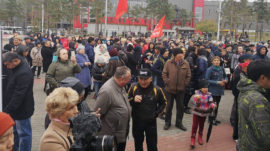 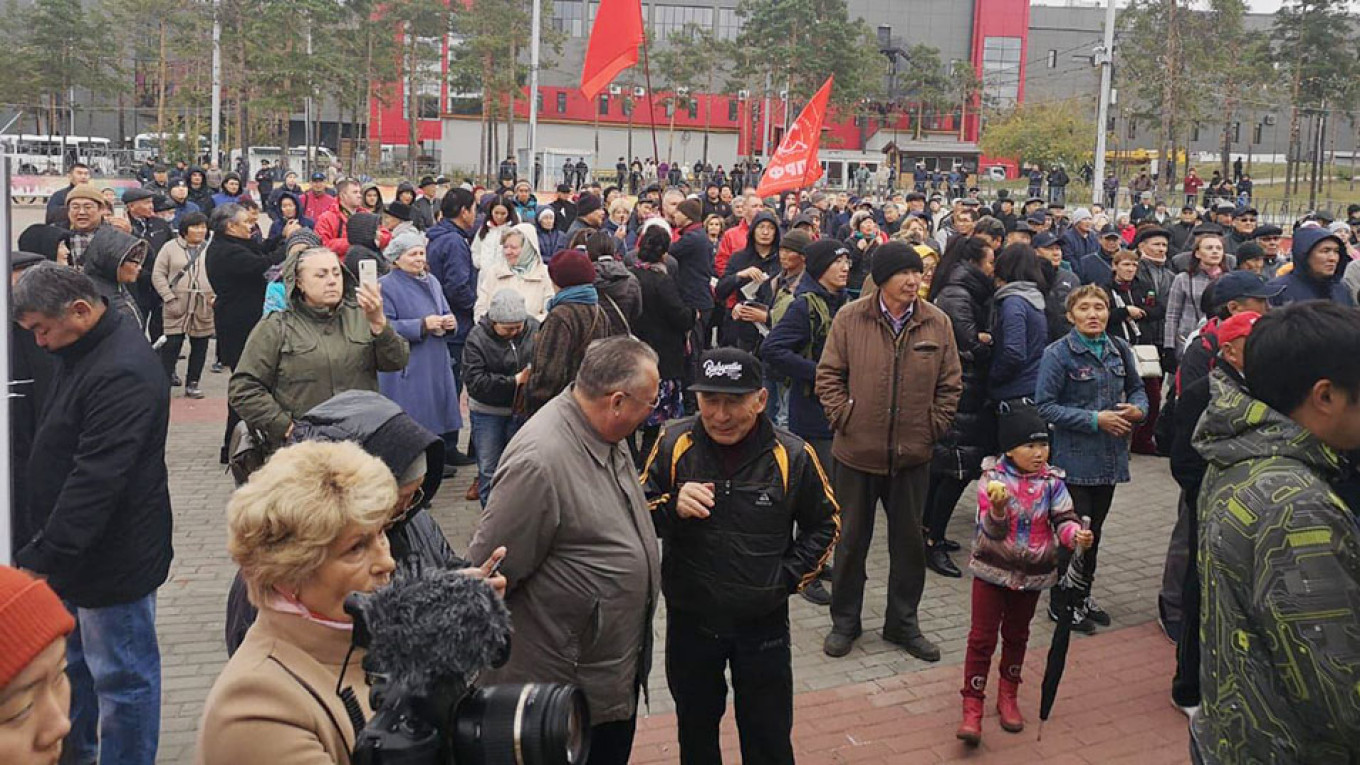 At least 600 people gathered to protest police brutality in the Far East Russian republic of Buryatia on Sunday following the detention of an anti-Putin shaman’s supporters and a disputed local vote.

Demonstrations erupted in the city of Ulan-Ude this month to demand the release of the shaman’s detained supporters as well as a rerun of a mayoral vote where a pro-Kremlin candidate was elected. The shaman, Alexander Gabyshev, was later detained and charged with extremism nearly 3,000 kilometers into his journey to “exorcise” President Vladimir Putin.

“No one dares insult and torment our people. We won’t allow anyone to bully the weak, rob the honest or beat the honest and brave,” the protesters said in a resolution against police brutality published by the local branch of Russia’s Communist Party.

The protesters pointed to an incident earlier this month when security officials allegedly threw a smoke grenade into a bus of more than a dozen demonstrators, dragged them out by their legs and detained them as an event that “stirred the whole country.”

Meanwhile, Gabyshev’s followers said Monday they plan to continue their trek from Russia’s third-largest city of Novosibirsk to Moscow starting in mid-October. In a YouTube address, Gabyshev’s followers described the journey as a “touristic and athletic [journey] without calls for anything.”

Gabyshev himself said he opposes the new march, according to the Siberian affiliate of the U.S.-funded Radio Free Europe/Radio Liberty news agency.

“If you disobey, you take full responsibility. After that, as they say, may God help you. If you’re right, let him lead you there,” the 50-year-old reportedly said in a voice message.