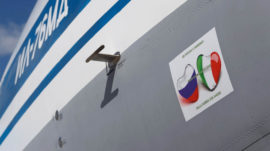 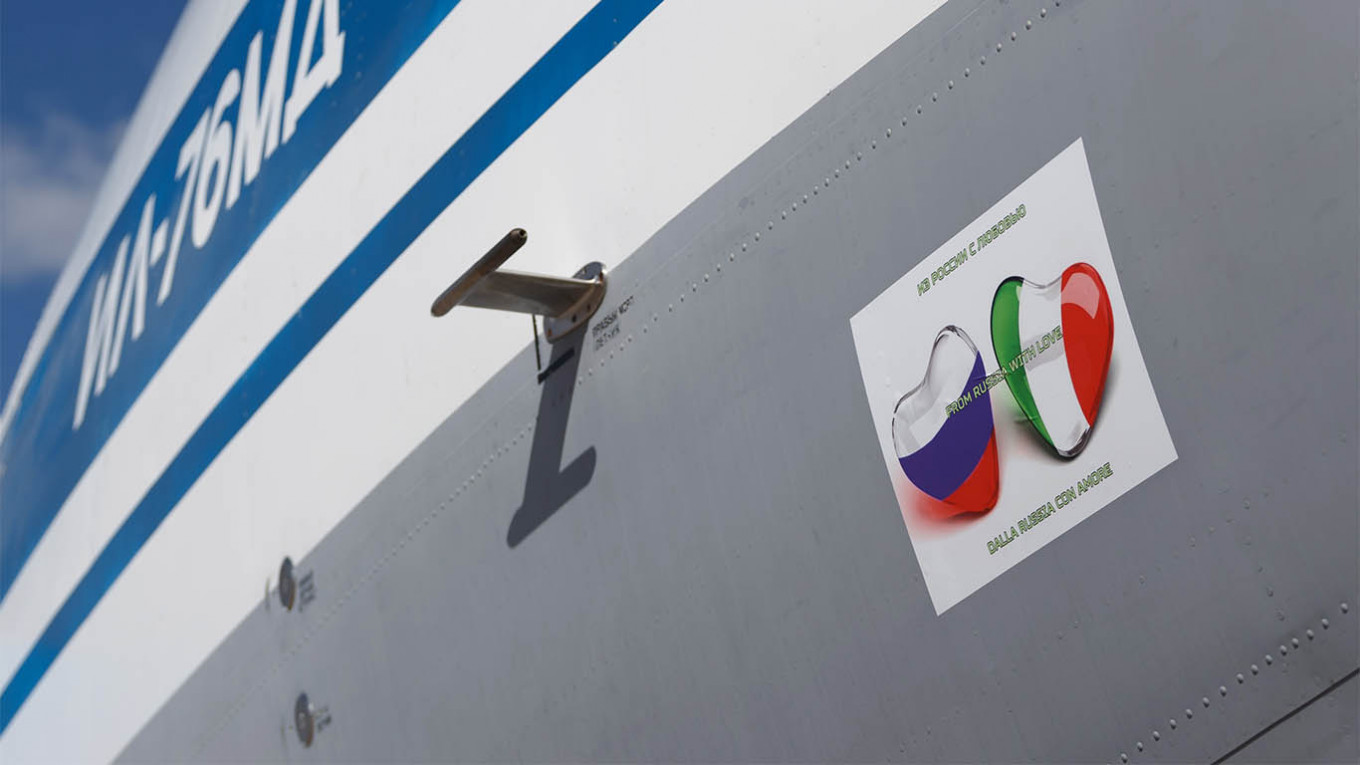 The truth is in the eye of the beholder.

Italians who have received extensive coverage in Russian state media for playing the Russian anthem or waving the Russian flag in gratitude to Moscow’s coronavirus aid have either family or financial connections to Russia, BBC Russia reported Tuesday.

Critics have argued that the package of decontamination units and military medical staff sent to virus-hit Italy and dubbed “From Russia With Love” was an attempt at a publicity coup for President Vladimir Putin. Italy has been one of the world’s hardest-hit countries by Covid-19, with more than 101,000 infections and more than 11,500 deaths.

A widely covered video showing the Russian national anthem blaring from an Italian balcony was in fact shared by the mother of a pro-Kremlin media outlet staffer who lives in Italy with an Italian husband, BBC Russia reported.

Another popular video of an Italian man replacing the European Union flag with the Russian tricolor in fact depicted a business owner who has Russian partners, the outlet reported. The authors of two other widely covered videos and images of the Russian flag and anthem in Italy turned out to have either lived in Russia or traveled there numerous times, according to BBC Russia.

“All these fans of Russia aren’t just ordinary Italians, they have close business and financial ties with Moscow,” said Ilya Shepelin, host of the “Fake News” show on the independent Dozhd news channel.

“If they didn’t have such ties, maybe these Italians’ enthusiasm wouldn’t be so emotional,” Shepelin, who is also a columnist for The Moscow Times, added.

“We’re not dealing with a pure fake, but with manipulation. A hybrid lie or hybrid truth, depending on how you look at it,” he told BBC Russia.