An International Atomic Energy Agency (IAEA) team of experts said the operator of Russia’s Leningrad Nuclear Power Plant has strengthened operational safety in response to the findings of an IAEA review in 2017. The team also encouraged the operator to pursue continuous improvement.

The Operational Safety Review Team (OSART) concluded a five-day follow-up mission on 24 May to Unit 4 of Leningrad NPP. The three-member team comprised one expert from South Africa and two officials from the IAEA.

The team observed improvements in the following areas in response to  findings from the 2017 mission: сontrol of movable items in some sensitive areas in the plant; improvement in the use of human performance tools; improvement of the plant chemistry surveillance and control programme. 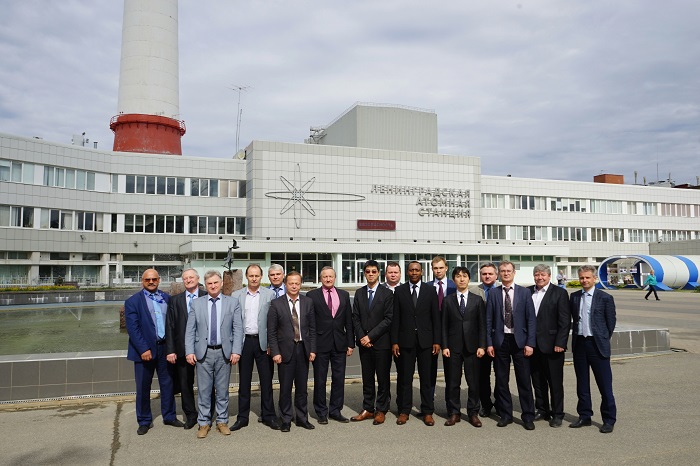 The team noted that while significant progress has been made in other areas, more time is required to demonstrate the improvements are fully effective and sustained. These areas include: the use of forward-looking and proactive performance indicators in the plant; improvement in the radiation contamination control programme.

“We have systematically applied the OSART methodology since 2014 and, together with the insights and advice provided by the 2017 mission, it has proven to be very beneficial to our efforts to continuously strengthen operational safety performance,” said Vladimir Pereguda, Station Director of Leningrad NPP. “The OSART mission has helped us to move our operational safety performance to a new level, and we will continue our effort in this journey to nuclear excellence.”

The team provided a draft report of the mission to the plant’s management. The plant management and the Federal Service for Environmental, Industrial and Nuclear Supervision (Rostechnadzor), which is responsible for nuclear safety oversight in Russia, will have the opportunity to make factual comments on the draft. These will be reviewed by the IAEA and the final report will be submitted to the Government of the Russian Federation within three months.

General information about OSART missions can be found on the IAEA Website. An OSART mission is designed as a review of programmes and activities essential to operational safety. It is not a regulatory inspection, nor is it a design review or a substitute for an exhaustive assessment of the plant’s overall safety status. OSART missions aim to improve operational safety by objectively assessing safety performance using the IAEA’s safety standards and proposing recommendations and suggestions for improvement where appropriate. The follow-up missions are standard components of the OSART programme and are typically conducted within two years of the initial mission.

Connected to the grid in 1981, Unit 4 is one of four light water-cooled graphite-moderated reactors (RBMK-1000) located at the site 100 km west of St Petersburg. The plant operator is Rosenergoatom.

Russia Launches Its Most Powerful Telecom SatelliteMoscow Cries Foul as U.S. Bans Use of Russian Rockets