In Moscow, Japanese Expats Still Hold Out Hope for a Historic Peace Deal Above all, ending the decades-long territorial dispute will be good for business, some say. 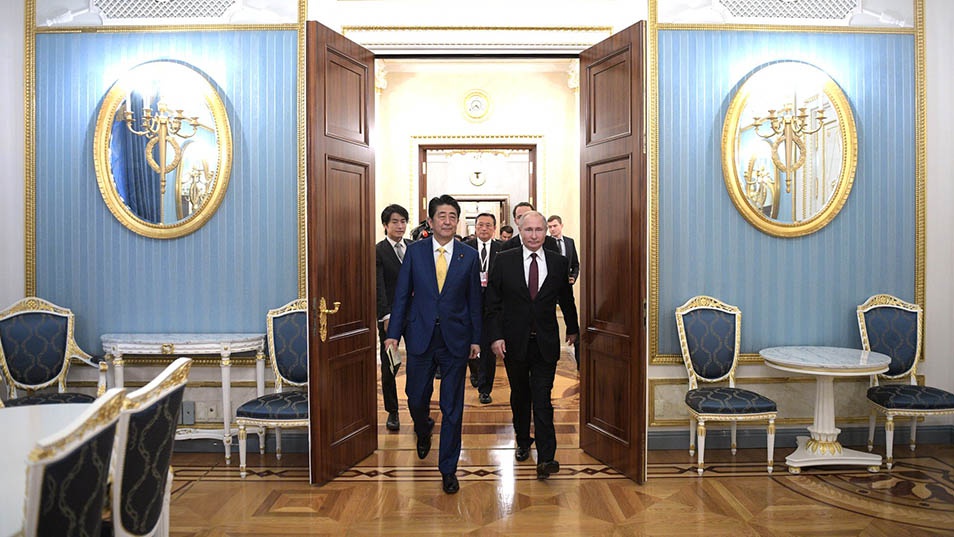 As Shinzo Abe and Vladimir Putin met this week in Moscow, Japanese expats in Moscow were watching closely.

“My Russian colleagues and I hope a peace treaty will be reached,” said Hiroshi Makino, the 29-year-old founder of a Russo-Japanese start-up accelerator in St. Petersburg. “It would help business between our two countries.”

On the face of it, Japan and Russia’s leaders appear to agree. In recent months, Abe and Putin have revitalized efforts to bridge the gap in relations since the end of World War II, when the Soviet Union seized the islands known as the Kurils in Russia.

Yet now that it has come down to business, neither side seems willing to compromise. Speaking at his annual press conference on Jan. 16, Foreign Minister Sergei Lavrov told reporters that, “Japan is the only country in the world that cannot fully recognize the outcome of World War II.”

Japan, too, has adopted a hard stance. In his New Year’s address, Abe said Russian residents on the disputed islands will have “to accept and understand that the sovereignty of their islands will change.”

At a recent karaoke night at Nagoya, a restaurant decorated in traditional Japanese style with lanterns and geisha murals, Hirose Ko, a businessman, expressed understanding for Abe’s position and said the historical grievances still feel raw to some Japanese.

“The Japanese aren’t so angry about the territory,” he told The Moscow Times. “They are more upset that the Soviets seized the islands the day after the second atom bomb was dropped on Nagasaki.”

That negative image of Russia persists even among younger Japanese, added Kouji Kawai, a twenty-two-year-old student traveling in Russia. “People think that in Russia there are scary people and it is a scary country.”

He said that among his friends and relatives the islands were considered symbolic and there Japanese politicians are under pressure to get them back.

For Putin, too, the talks come at a precarious time. His approval ratings are at a low and according to a November poll by the Levada Center, 74 percent of Russians oppose handing any territory to Japan. With no hint of a deal in sight, there have already been several small protests against the talks in Moscow.

Why North Korea Can Unite Russia and Japan (Op-ed)

Given the circumstances, Ko, the businessman, had little confidence that the leaders would find common ground: “It is unrealistic to expect that Russia will return the islands.”

Mostly, however, the mood at Nagoya was one of give-and-take.

Kyle Hyde, a twenty-six-year-old Japanese-U.S. anthropology student at the Higher School of Economics, said the dispute was chiefly unfolding at the political level.

“Of course I want the islands back [for Japan],” Hyde said, sipping on a Asahi beer. “But Russian people live on Sakhalin, and what right do I have to tell them to leave?”

As Ko predicted, Tuesday’s talks ended without resolution and are set to continue in February, talks which Putin has already described as requiring “painstaking work to create the conditions for us to arrive at a mutually-acceptable solution.”

At Nagoya, where Japanese expats and local Japan enthusiasts sat in rows of table practicing each other’s languages, they won’t let that ruin the mood.