Culture | Ivanovo: A City in Search of a New Identity
RssMail

Ivanovo: A City in Search of a New Identity 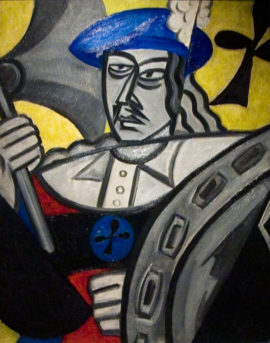 Ivanovo, like many cities in Central Russia, is finding it hard to redefine itself to attract tourists. It used to be “the capital of textiles” and then “the city of brides,” — who worked in the textile factories — but today it’s just a stopover on the popular Golden Ring route. Some guidebooks on Russia for foreign tourists don’t even mention the city at all.

Glories of the past

Before the revolution the city was called Ivanovo-Voznesensk, and the first factories appeared here in the 17th century. Merchants, industrialists and workers were the three pillars of Ivanovo community.

In 1929 the city became the center of the “Ivanovo industrial region,” which encompassed not just today’s Ivanovo region, but Vladimir, Kostroma, Yaroslavl and even part of Nizhny Novgorod region. This coincided with major construction efforts in the city center that involved some of the brightest minds of Soviet architecture of the time, including Ilya Golosov and Viktor Vesnin.

By 1944 the Ivanovo industrial region was disbanded and the area lost its importance for manufacturing. In the Soviet era the city was positioned as the textile capital of the U.S.S.R. and “the city of brides,” thanks to a popular song.

When the Soviet Union dissolved, Ivanovo stopped getting raw materials for textile production from Central Asian countries and other former Soviet republics. In 1990s and early 2000s it was considered one of the most depressed regions of Russia. No longer a textile capital, Ivanovo became a city of salespeople, as engineers, professors, and entrepreneurs got involved in trade to survive.

Past legacy and future plans

Today many consider Ivanovo’s architectural heritage — pre-revolutionary textile factories and constructivist buildings — to be its primary attraction. Some of the industrial buildings were renovated, although the largest one, Bolshaya Ivanovskaya Manufacturing plant right in the center of the city, looks rather desolate.

The First Avant-Garde Factory Festival is trying to explore Ivanovo’s industrial past and its unique Soviet constructivist architecture to attract tourists and to liven up its cultural scene. It’s only been held twice so far, in 2018 and 2019, but it can already lay a claim to becoming the city’s image-making event, like the Diaghilev Festival in Perm or Platonov Festival in Voronezh.

Maria Milovzorova, Art Director of the First Avant-Garde Factory Festival, is optimistic. She told The Moscow Times that festivals and “events have become the tools of development and promotion and self-awareness in the city.”

One of the main events of the festival this year is the exhibition “Two Types of Avantgarde? Rhymes.” This is a collaboration between the Ivanovo Art Museum and AZ Museum in Moscow. The exhibition combines the avant-garde masterpieces of the 1910-1920s from the Ivanovo Art Museum collection (Ilya Mashkov, Olga Rozanova, Aleksandra Ekster, David Shterenberg) and the best works of non-conformist art of the second half of the 20th century from the AZ Museum collection (Anatoly Zverev, Dmitry Krasnopevtsev, Igor Nemukhin, Oscar Rabin, Lidiya Masterkova).

The question mark in the exhibition’s title is designed to provoke a discussion about whether “the second avant-garde” of the 1960s and 70s really exists. The exhibition compares the artworks of two epochs at the level of themes, with each hall devoted to one subject:  bouquets, cards, herring, “color constructions,” etc.

In this way, the exhibition curators tried to show the common ground of artists of the early 20th century and those who worked during the “Thaw” period. There are also some 21st century artworks by media artist Platon Infante, which poses the question whether avant-garde lives on today. There is no question, however, that all these bold, radical experiments are masterpieces.

The show runs until Nov. 20. For more information, see the AZ Museum site.