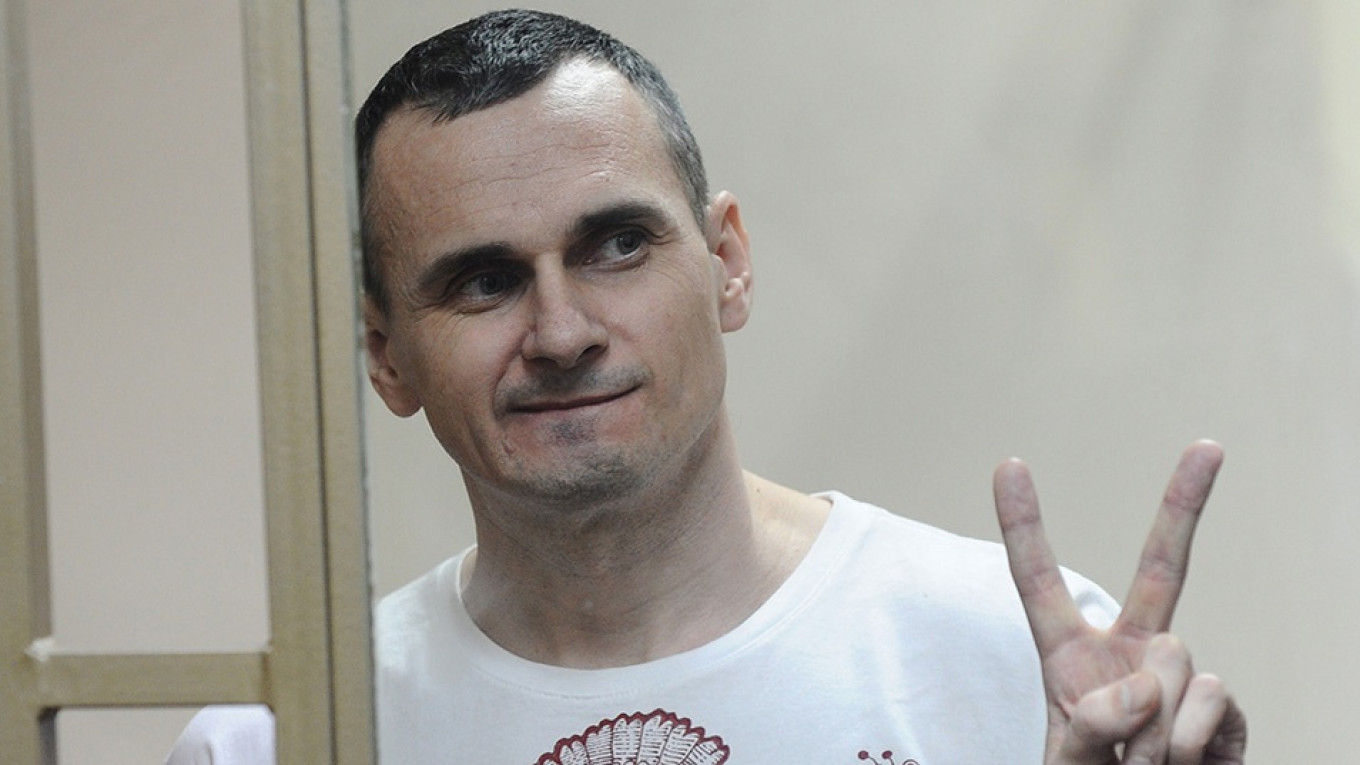 Ukrainian filmmaker Oleg Sentsov has been moved from a jail in northern Russia to Moscow ahead of a rumored prisoner exchange with Kiev, Russian news agencies reported Thursday, citing unnamed sources.

Sentsov, 43, is serving a 20-year sentence at a penal colony north of the Arctic Circle on charges of terrorism, which the filmmaker has said are politically motivated. A senior Ukrainian official said last month that Ukraine and Russia had agreed on a prisoner swap, but gave no exact date for the exchange and said preparatory procedures could take several months.

Sentsov has been placed in Moscow’s famous Butyrka prison, according to Interfax’s unnamed source. Other reports said he had been placed in the Lefortovo pre-trial detention center.

He was allegedly moved to Moscow a day after Kirill Vyshinsky, the chief Kiev editor of the state-run RIA Novosti news agency, was released from custody on bail in Ukraine.

Neither Sentsov’s lawyer nor prison officials have confirmed the news.

Commenting on the reports of Sentsov’s transfer, Viktor Medvedchuk, a close Kremlin ally, said talks on a prisoner swap between Ukraine and Russia were still underway, but that no date had been set for an exchange, RIA reported.

Medvedchuk, 64, the main face of Ukraine’s Russia-friendly opposition, also said that no final decision had been made on whether such an exchange would include Sentsov.

Ukrainian President Volodymyr Zelenskiy said last month that Kiev could release Vyshinsky if Moscow released Sentsov, a native of Crimea who opposed the peninsula’s annexation by Russia in 2014.

Sentsov staged a 145-day hunger strike in 2018 demanding Russia’s release of dozens of Ukrainians whom he considers political prisoners.