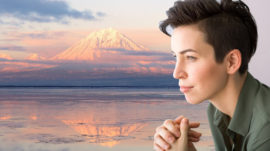 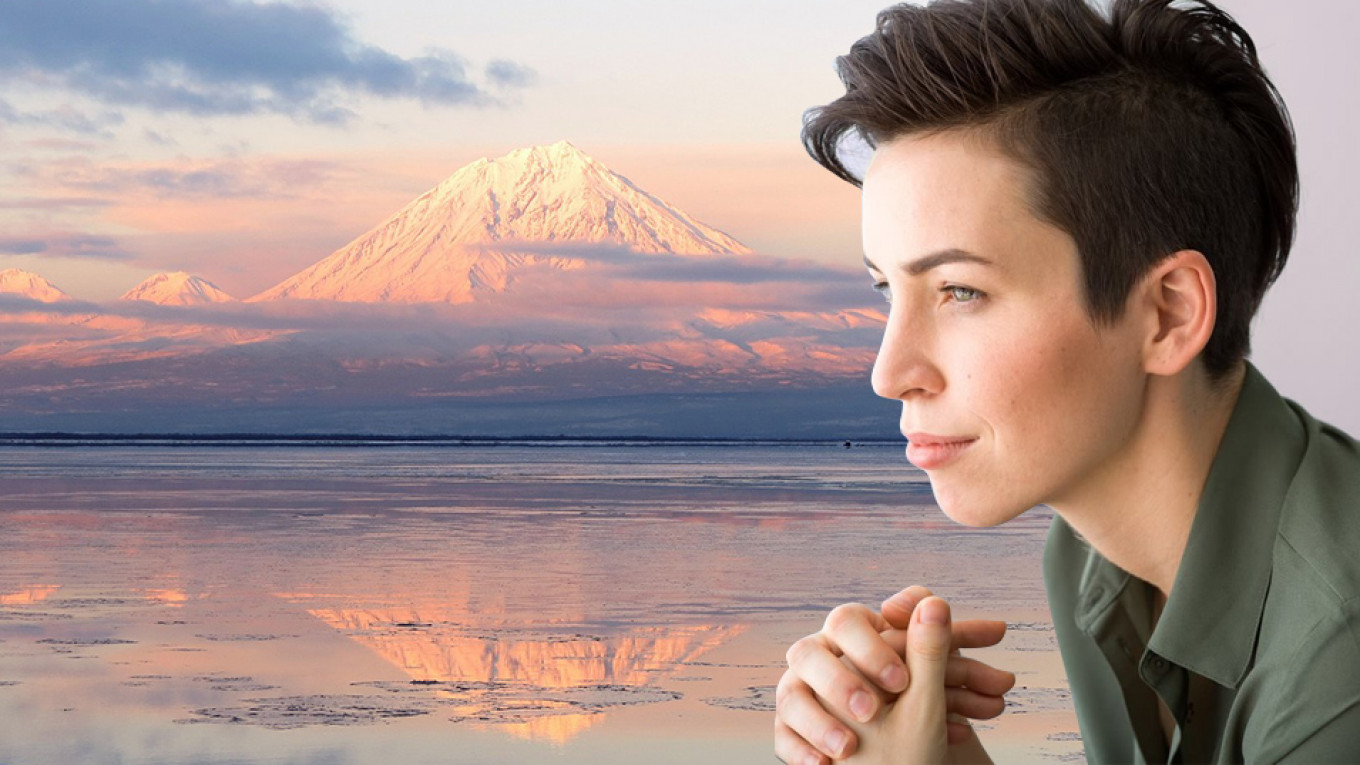 Set on the Kamchatka Peninsula, “Disappearing Earth” by Julia Phillips explores questions of gender and race ignited by the mysterious disappearance of two ethnically Slavic young girls, Alyona and Sophia. The novel follows different but interrelated female characters wrestling with these questions in their daily lives. A New Jersey native and graduate of Barnard College, Phillips traveled to the volcanoes and tundras of the Russian Far East where she conducted research for her book. She draws on her experiences in Kamchatka from 2011 and 2015 to write about both Slavic and indigenous Even communities, with a particular focus on the tensions between them.

The Moscow Times’ Anna Kasradze spoke with Julia over Skype about her debut novel published in May 2019.

Q: How did the idea for the book emerge? Why Kamchatka?

A: I originally went to Kamchatka in 2011 because I was looking for a place in Russia I thought would be a good setting for a novel. I was a Russophile in high school and in college I spent some time in Moscow. I wanted to write books, but I didn’t know exactly what they would be about—I thought if I did them in Russia, I could combine all my interests.

I chose Kamchatka because it was fascinating, beautiful, and historically and geographically significant. When I went to Kamchatka, I realized I had gone to search for some story, but really the story I wanted to write was one I’d brought with me. I’m very obsessed at home with stories about missing girls. I love a story of power and violence and gender and racial and cultural and class dynamics. Those were all things I brought with me to the peninsula and things I ended up using to shape the book.

Q: Who were the readers you had in mind while writing?

A: American readers. My book is set in Kamchatka and focuses on Kamchatkan characters. It doesn’t have an American writer character observing what’s going on, but it is shaped by my American or foreign perception of what is happening. The way I try to tell these stories follows an American or anglophone tradition, and the people I expected to share it with were other folks interested in these places and used to reading in these traditions.

Q: When you were writing the book, were you reading any other novels set in Kamchatka?

A: No, I read a lot of nonfiction about Kamchatka, especially geographic and ecological literature. I read a lot of fiction set outside cities in Russia and met Russian writers and artists on the peninsula. Unfortunately, my fluency never reached the level of being able to read their novels about their home.

It’s not for me to say what a reader interprets or feels from the book, but when I was working on it, a feeling I had was that these stories are not particular to Kamchatka. The stories of violence or loss or community joining together or hope are stories that can be set anywhere and reflect my obsession with the day to day of women’s lives around the globe.

Q: There are so many different perspectives of life in Kamchatka portrayed in the book. How did you find them?

A: I presented myself as a creative writer. I was lucky to be there for so long in a community with such a robust sense of communal care. I kept expecting to be an anonymous face in the crowd, but that was never the feeling. People looked out for me, invited me into their homes, took me on trips, and spent a lot of time sharing their lives with me. That was such an enormous gift. So much of the research came not from formal interviews (although those were helpful too) but from conversations with friends.

Q: Did you feel any journalistic responsibility or set boundaries on what could be fictionalized?

A: I didn’t have explicit boundaries, but I wanted things like towns, distances, dates, ethnicities, and religions to be factual. The story starts in Petropavlovsk-Kamchatsky, which is a real city with real streets. I included a map to be grounded in a real place and real cultural context even as we have fictional characters and fictional events.

Q: Despite the media’s fixation with the girls’ disappearance, most of the book does not focus on their story. Why?

A: I didn’t want to focus on the perspective of the girls when they’re in the house, because I didn’t want to repeat a narrative of intense trauma. I wanted to examine women’s pains we don’t see or talk about as often. The abduction narrative is the most extreme and public example of a range of violence against women.

Q: How do you see that abduction narrative being used politically in the novel?

A: Why is JonBenét Ramsey still on the cover of magazines when she died in 1996? She is very young and beautiful and blonde and has been held onto as a perfect victim. Her treatment is much more extreme than that of the girls in this book, but in both cases, we cling to these stories as entertainment and also as warnings.

In being reflective of the dynamics already in place in society, perfect victim narratives also reinforce racism and sexism. It’s the patriarchy saying, “See little girls, if you don’t watch out, this is what you get.” The stories that we tell both come out of our cultural context and contribute to creating it. We’re perpetually shoring up or dismantling our cultural conditions in the way that we tell stories. An eagerness to dig into the horrifying details of a crime is sensationalistic in a way that is harmful. And I say that as someone who loves to read serial killer Wikipedia entries.

Q: Will you go back to Kamchatka or keep writing about it?

A: I hope I’ll be able to go back to Kamchatka with a Russian edition of the book and see how the people who invested so much in bringing this project to life feel about it. I have so many friends there now, people I love and miss. But it’s hard for me to imagine continuing to write about Kamchatka, because I spent 10 years on this project. I was almost romantically in love with Kamchatka and the writing process was a passage through that obsession… I’m hoping that the next book will be somewhere more geographically and financially accessible.

Q: What are the last books you’ve read and loved?

Several months after the disappearance of the sisters, Zoya, the wife of a police detective, is at home caring for her newborn.

The sky over Petropavlovsk was gray-pink. Kolya had half an hour before his shift started at six. Though Zoya was months into maternity leave, she maintained the habit of waking with him, making his breakfast, and seeing him off. It was as if they were both getting ready for work—as if she, too, would soon walk out into the city.

Kolya was dressed and leaving. “Good luck today,” she said. After their apartment doors shut behind him, her head cleared, her heart emptied. Sasha, freshly fed, would not wake again for two more hours. This was Zoya’s time now.

Zoya was not headed for the balcony just yet—she could credit herself with that much patience. Instead she washed her husband’s breakfast dishes. Then she set the electric kettle, filled her teacup, and sat down with her phone, scrolling through pictures of other people’s pets and weddings and vacations. One of her coworkers had posted about a route for ecotourists through icy central Kamchatka.

Zoya put the phone down. She had not left her neighborhood since Sasha’s birth. Across the table, the kitchen wallpaper showed overlapping palm leaves.

She shook out another cigarette and slid open the door.

The men below were finished with their site walk-through. They had come from Uzbekistan, Kyrgyzstan, Tajikistan, to gather in the doorframe across her street. Their building was a concrete husk built level by level by their gloved hands. They had ripped up the sidewalk around the structure and erected scaffolding. At the edge of the lot, they had made a shack from scrap wood with a roof of corrugated metal. Zoya wanted to see inside. Their five-man crew ducked in there every few hours: when they all arrived, to break for tea, for lunch, to rest, and when the day was done. On the evenings her husband worked late, Zoya could catch them holding the shack’s door open and filing out in street clothes. The last man would close the door behind him. The shack, the building, and she would all be left waiting for them to come back tomorrow.

She took another drag on her cigarette. The men broke away from each other. Their generator coughed, whirred.

The air on her arms was fresh and cold. The streets below were zebra-striped with melting snow. Four kilometers downhill, the city center spread out, its buildings dark, parking lots empty, ship repair yard motionless. Early last fall, before Zoya’s leave started, she stood here watching the flashing blue lights of emergency vehicles. She’d imagined Kolya finding the Golosovskaya sisters on those far cliffs. He would be celebrated on television and get promoted to senior lieutenant, maybe captain. At work, her colleagues would gather around her for all the details. Then the blue lights turned off, the snow fell, the searches stopped, and Sasha was born.

These days, Zoya turned her thoughts to nearer fantasies. The men below lugged buckets of mixed concrete. They used a crane last month to stack slabs for floors, walls, and ceilings. Now they were tending to details—pouring staircases, ripping out support frames. They bent their necks in concentration as they moved. Looking down at them, Zoya bent her neck the same way.

The sun shone white above the distant water. Tossing the butt over the balcony railing, Zoya went back inside, where she washed her hands and smelled them. The smoke hung on her skin—so what? It flavored her. She brushed her teeth, applied perfume, and stroked on makeup as carefully as she used to on those mornings before she left for class or work. Foundation, concealer, bronzer, brow pencil. She ran texturizer through her hair and braided it into a yellow fishtail. Above the collar of her robe, she rose beautiful as a newlywed.

Until November, Zoya would have gotten dressed, driven to the park office, greeted her colleagues in ecological education, and started the day. An inspector might stop by, bragging of poachers apprehended. A movie producer might call from Germany for a permit to film in protected territory. The park director might announce a team visit to a far base, so all of them, research and protection and education and tourism, would have to shut off their computers and hurry to their cars and drive to the airfield, where they’d board a helicopter bound for the Valley of the Geysers or Kronotskoye Lake.

Now, instead, Zoya took her flawless face into the kitchen to wipe the counters clean. She reorganized the row of shoes in the foyer. When Sasha woke up crying, surprised all over again at the world in front of her eyes, Zoya nursed her. “How’d you sleep?” Zoya asked. “Any nightmares?” Sasha’s tiny mouth worked against Zoya to tug milk forward. The leaves printed on the kitchen walls were frozen tropical.

From “Disappearing Earth” by Julia Phillips

Copyright © 2019 by Julia K.B. Phillips, Inc. Used by permission. All rights reserved. Published in the United States by Alfred A. Knopf, a division of Penguin Random House LLC, New York.