Kazakh Teens Enslaved in Russia as Sisters, Leave as Mothers 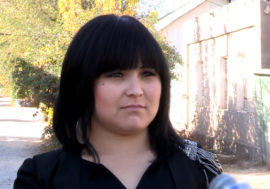 The story of 30-year-old Fatima Musabayeva, a Kazakh survivor of modern-day slavery, appears to have a happy ending.

Eight years after escaping years of exploitation, Fatima lives in her own freshly remodelled apartment, raises a son and runs a small business.

She went a long way to get where she is now.

In 2007, she and her sister Aliya travelled 2,000 miles from their home in Shymkent, a quiet city in southern Kazakhstan, to Moscow, hoping for jobs in a grocery shop.

They ended up enslaved by the shop owners — falling prey to a trade estimated by the United Nations to affect 40 million people globally, trapped in forced labor and forced marriages. 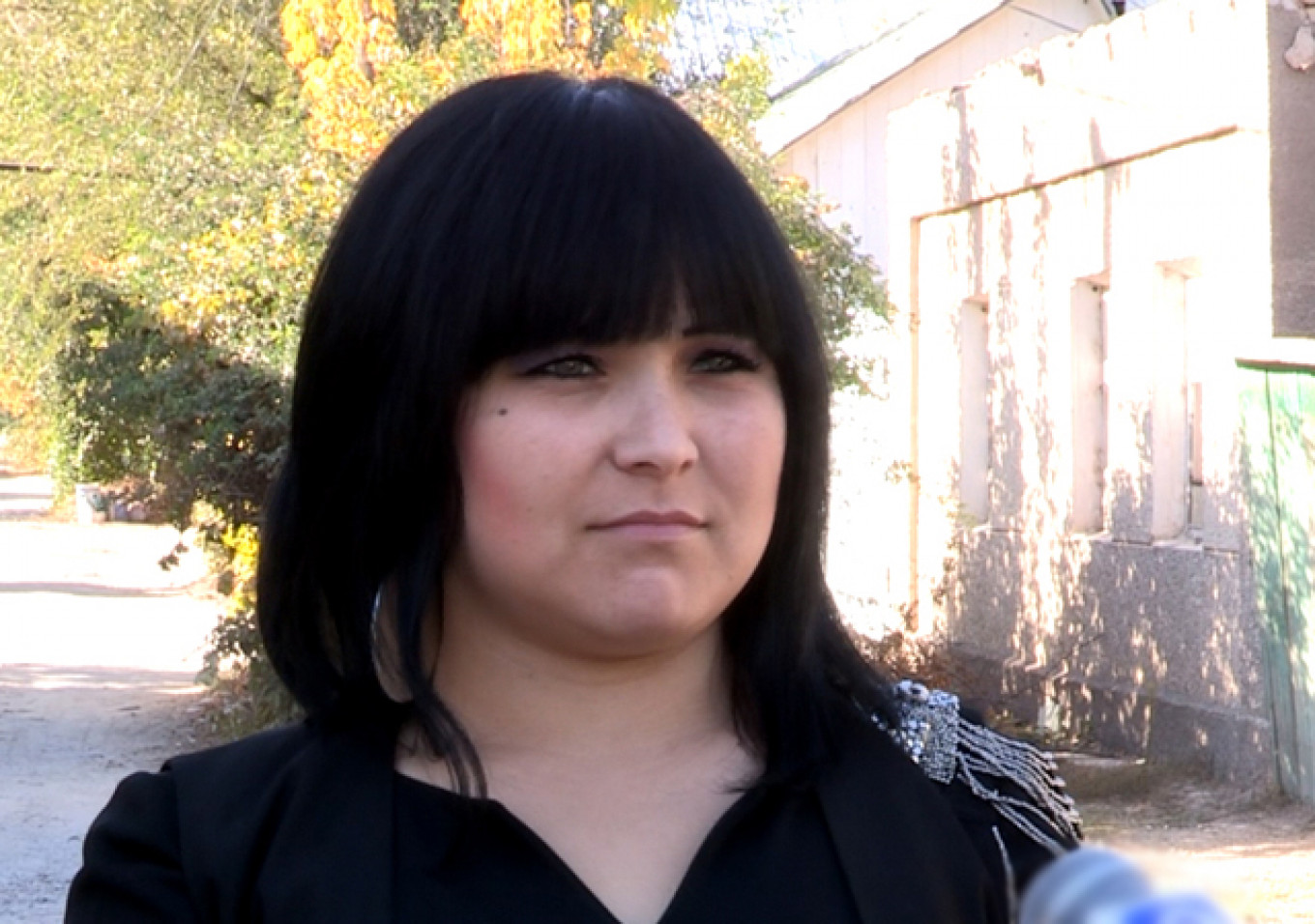 When the sisters, with several other victims, escaped in the early 2010s, the scandal made headlines and shocked Russia. It remains the country’s most high-profile case of modern slavery.

Dogged by discrimination, stigma, and trauma, and in need of healthcare and housing, many survivors worldwide struggle to cope in the aftermath of slavery. For those who are further along the road to recovery, pursuing justice is paramount.

Having rebuilt their lives, Aliya and Fatima are now part of a lawsuit in the European Court of Human Rights after all legal routes in Russia and Kazakhstan failed to punish their former employers for enslaving and torturing them.

Yet forgetting the ordeal is as hard as winning justice.

“The wound has started to patch up,” Aliya told the Thomson Reuters Foundation. “But it is far from completely healing.”

The story began when Fatima, 18, and Aliya, 17, were to become homeless after their father died and they faced eviction.

“That’s when a friend of mine told me her brother was working at a shop in Moscow, and suggested we all go work there,” Fatima said.

“The friend said that … we’ll be able to buy a car and a house. We were young, clueless and broke. So we went.”

She was to work as a cashier, while Aliya would babysit the employer’s kids. They arrived to the jobs as promised.

But there was no pay, no freedom and dire living conditions.

Fatima and Aliya would work every day, sleep on the floor in the basement with a dozen other workers and eat rotten food. Every misstep would lead to punishment, beatings or rape.

She was caught, assaulted and raped. Nine months later, she gave birth to her son, Rinat, who was taken from her.

Fatima ran away in 2010. She got to Shymkent and immediately sought help for her sister and son.

“I went to the police, but they shrugged me off and said it’s not their jurisdiction,” she said.

“So, I went to our local TV station, and they sent me to this organization, Sana Sezim, that helps people like me.”

When Fatima contacted Sana Sezim — a women’s rights group that helps trafficking victims — she had nowhere to live, but her main concern was finding Rinat and bringing Aliya back, said Raushan Khudaishukurova, program coordinator with the charity.

“Her courage amazed me from the start,” she said. “She was ready to do whatever it takes. Interrogations, identification line-ups, interviews in front of cameras — anything.”

Within a week of filing an official complaint to the local police, Fatima’s former employers released Rinat. 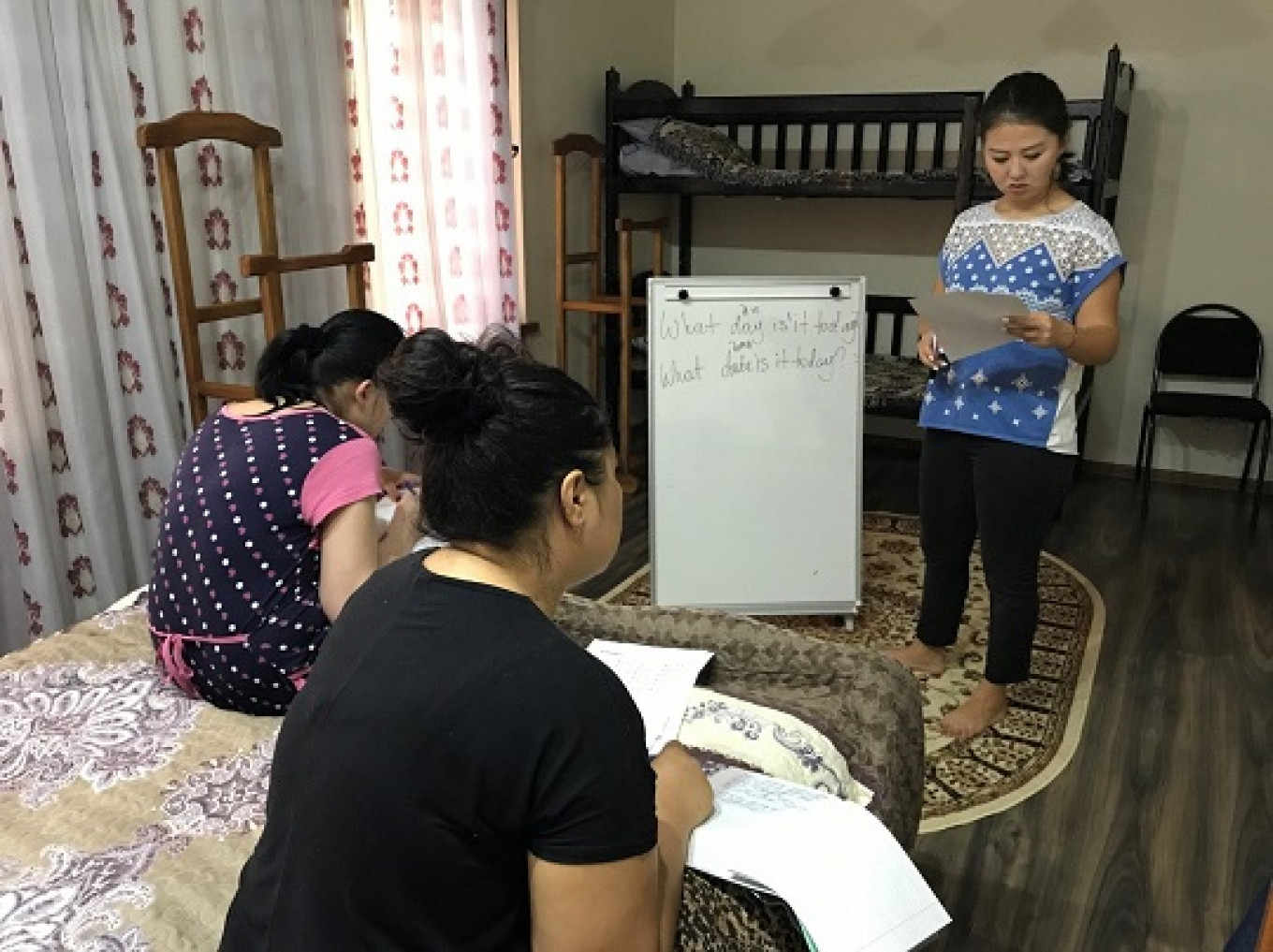 It took her another three years to rescue Aliya — after threats, surveillance and temporary protection from the police.

“For months, while my little sister was still there, I couldn’t sleep at night,” Fatima said.

She recalled travelling back and forth between Moscow and Shymkent, trying to figure out how to rescue Aliya.

“I was very protective of her [in childhood]; [I] even fought boys in school who bullied her,” she added.

They gave her a place to live, plus food and clothes, helped her get back into college, nurse her malnourished son to health and apply for social housing.

Fatima was also struggling with trauma, typical for victims of slavery. So for two years, psychologist Shakhnoza Khasanova, vice president of Sana Sezim, counselled Fatima through her fears and stress, bolstering her self-esteem.

“Fatima’s exceptional determination, her willpower, helped her get her sister back, build a relationship with her son and restore her psychological health,” Khasanova said.

Feminism In Russia: On The Streets and Behind The Scenes

Today both Fatima and Aliya work, raise children, strive to run a comfortable home and find time for fun, too.

Aliya staffs a school canteen and works part-time at a gas station. In 2013, soon after returning to Kazakhstan, she gave birth to a daughter, Medina, another child of rape.

The four of them currently share a one-bedroom apartment.

Fatima mostly works from home, selling clothes and accessories online, and dreams of opening a boutique.

The sisters join friends at karaoke bars and restaurants. Mostly, though, they “hang” at home, Fatima said. While she concocts feasts, the children watch TV or play with her phone.

Cooking is her passion. “In Kazakhstan, if a woman doesn’t know how to cook, she wouldn’t marry well,” Fatima said.

But she is no rush to wed.

“I had a boyfriend, but he wasn’t working, and at some point I decided — ‘why do I need him, really? I’m only wasting money on him. I’d rather spend it on myself.'”

Forgetting the six-year ordeal is impossible.

Friends and neighbours know about their enslavement — some saw TV interviews, others were told by the sisters. But there has been neither shame nor stigma, they said, just support.

Yet both realize their children will one day ask questions.

“One of the reasons I don’t think I will ever forget about it [her enslavement] is Rinat,” Fatima says. “Not that he reminds me of it. It’s just that one day he will start asking about his father. And I have no idea what to tell him.”

Aliya has no such doubts.

“I live for her and only her these days,” she said, watching Medina play. “I will never tell her what happened.”

An investigation in Russia was shut down and a probe in Kazakhstan suspended. According to Fatima — friends still with other girls who also got away — and lawyers at Sana Sezim, the abusive employers continue to run their business.

Some victims escaped as recently as 2017, they say.

“It is just not normal — that they’re still out there, doing business as usual, holding people captive,” Fatima said.

So in 2016, the sisters — along with two victims from Uzbekistan — filed a lawsuit to the European Court of Human Rights, saying their rights had been violated.

Late last year, the court confirmed the case would proceed.

“I have little hope that it’ll change anything,” Fatima said. “But it is really important for me to go all the way.”