On a dreary Sunday afternoon in northeast Moscow, over 800 people came out to support three young sisters who have been charged with the murder of their father.

Among an audience of varied genders and ages, some came to support the sisters, others for the bands scheduled to perform. The audience brought in 176,600 rubles ($2,650) to the sisters’ defense fund through donations and T-shirt sales, while organizers encouraged newcomers to write letters of support that would be delivered to the sisters.

“I’m here because of the bands,” said early arriver Timur Kutuzov, holding a Pussy Riot T-shirt just purchased from the merch stand. “But not just that,” he added quickly. “The charge the sisters face isn’t right. What they did was in self-defense.”

In June, Krestina, Angelina and Maria Khachaturyan were charged with murdering their father, Mikhail Khachaturyan. The girls maintained they acted in self-defense after years of physical and sexual abuse — abuse that the court acknowledges took place. While the Russian public has been divided — some see the killing as self-defense, others see it as murder nonetheless — Russian and foreign human rights groups have been outraged. The charge of premediated murder against the girls, who were between 17 and 19 at the time of the killing, carries a sentence of up to 20 years in prison.

The sisters await trial under house arrest and are restricted from talking to the media while activists in Moscow and around the world have been calling for the court to either drop charges altogether and set them free, or to charge them with self-defense – which might lead to rehabilitation or a lighter sentence. Meanwhile, protests have taken place by supporters across Russia and around the world from New York to Berlin, Vancouver to Yerevan, London to Buenos Aires.

In Moscow, where five weekend protests for free city council elections were violently put down by law enforcement and thousands were detained or arrested, city officials were wary of authorizing any other events, even those supporting a different cause. The authorities have turned down petitions for a march in support of the sisters four times.

“All Moscow is occupied with political protests,” said Oxana Vasyakina, an organizer of “Concert to support the Khachaturyan sisters.”

“Now our goal is not to let the public forget about the case,” said Emilia Grigoryan, one of the activists who continues to apply for a march or rally. “We want to remind people time and time again that these three girls lived through hell. While we go on with our daily lives, the sisters continue to live in uncertainty.” 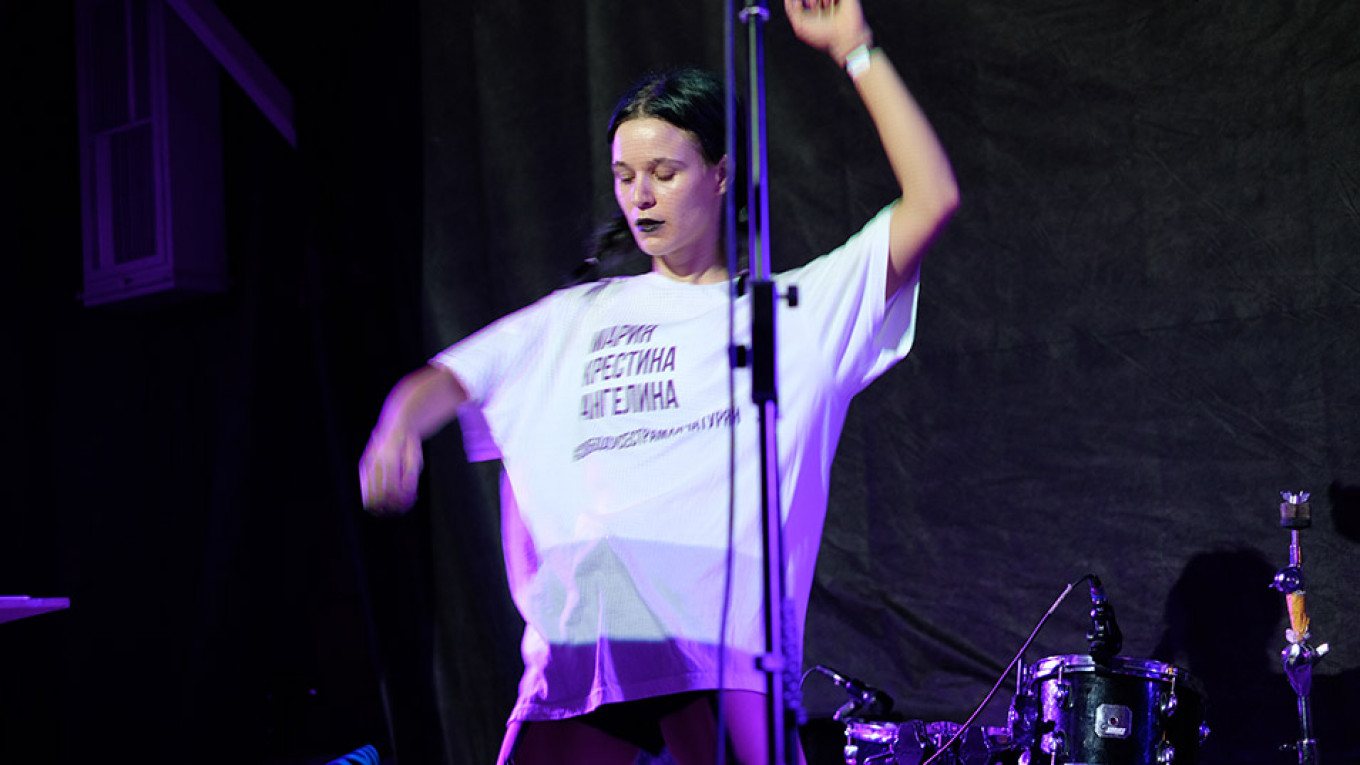 All artists publicly spoke in support of the sisters. Alya Cheshirova

On Saturday, Aug. 17, a picket was meant to take place in Sokolniki Park – a venue far from central Moscow frequently used for authorized rallies and events – but on Friday, organizers received word that this event would not be allowed. Other applications for pickets and marches that weekend were similarly turned down. The latest attempt was submitted on Tuesday, Aug. 20.

“At first, we were unreasonably denied permission to rally in the places we chose,” said Grigoryan, who has submitted applications since June. “[But now] the authorities are behaving even more aggressively. They aren’t even trying to justify their refusal. They just state it as fact.”

Grigoryan believes that the authorities fear the sisters’ case will gain too much attention. “It scares City Hall,” she said. “It is easier for them not to allow any rally – in contradiction of the Constitution – and instead to pretend that everyone is happy with the way things are.”

In the end, only a fundraising concert would take place that weekend. Vasyakina and her team put together a lineup of Moscow underground and feminist favorites, from the trio Mirrored Lips — who put their usual hits like “Russian Cocaine” aside for a new setlist in support of the sisters — to Pussy Riot, who performed a powerful presentation of member Masha Alekhina’s book “Riot Days” about surviving prison and protesting Kremlin policies.

Alekhina told The Moscow Times that for the case of the Khachaturyan sisters, the most important thing was solidarity. “I can’t change the law, but what we can do is to take action, with music or art, or conversation, to speak up about this,” she said.

A spokesperson for opposition leader Alexei Navalny, Ruslan Shaveddinov, also attended the event, pointing to a bigger problem with Russian law. “I don’t often come to concerts like this, but this is more than a concert,” Shaveddinov said. “It’s more than Khachaturyan sisters, it’s all women in Russia. That’s why I’m here: the laws in Russia are bad for women.” 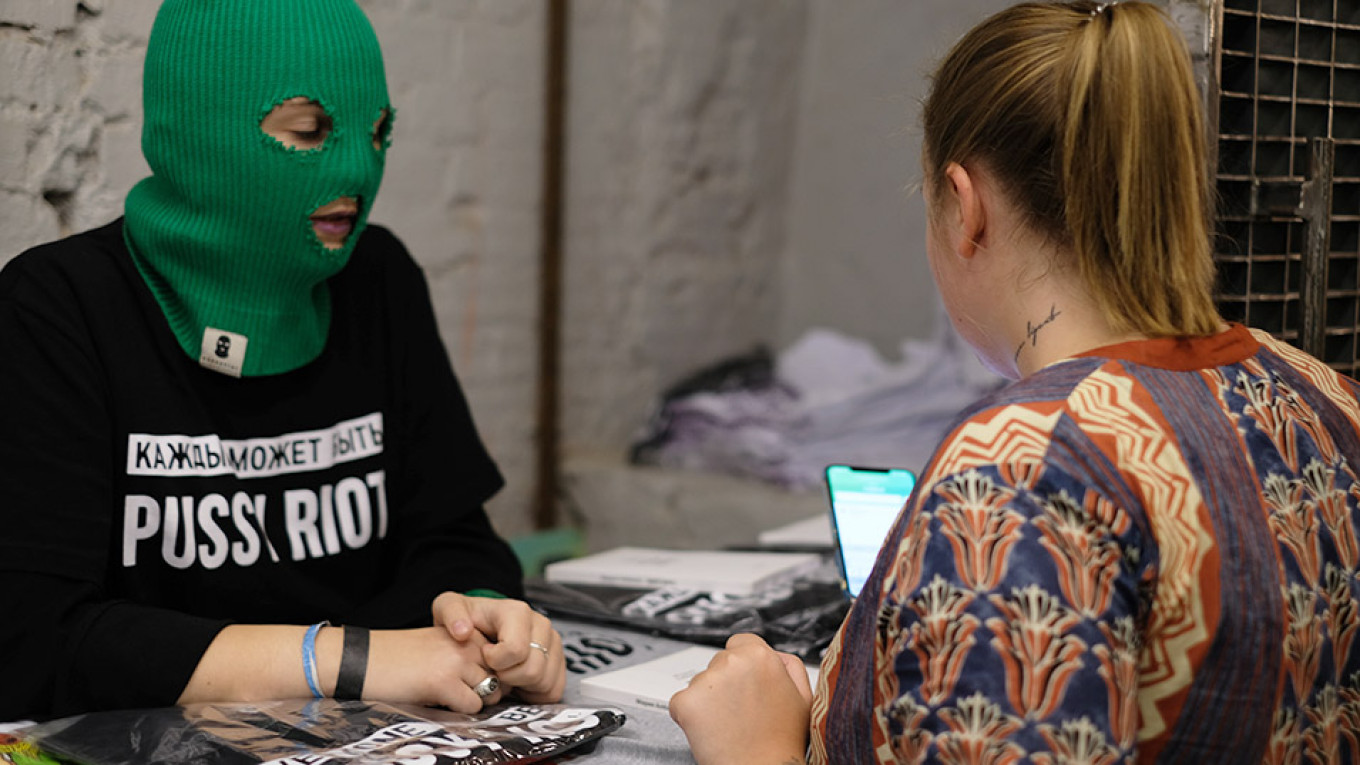 Pussy Riot was a headliner at the concert. Alya Cheshirova

Human rights activists concur. In 2017, prison sentences for first-time abusers whose beatings resulted in “minor harm” were scrapped. Since this decriminalization of domestic violence, reports of abuse have skyrocketed. A top Russian human rights official has publicly said the law was a mistake, and the introduction of new laws for re-criminalization of domestic violence is under discussion.

“Interest in the topic of domestic violence is growing,” Vasyakina said. “This is a good thing.” Women’s rights activist Alyona Popova has launched a new platform “ТыНеОдна” (“You Are Not Alone”) that connects women with each other, lawyers, and activists as well as provides a variety of support to show Russian women they aren’t alone in the fight against domestic violence.

But none of these efforts can help the Khachaturyan sisters now. The only hope, Sunday’s organizers believe, is to stay active online and hold marches and rallies when the dates of the sisters’ court cases are known. For now, applications for more marches for this and next week have been filed. It is not known if they will be successful.

As the concert ended, the hundreds who attended left, many chanting anti-Putin slogans and rally cries for a free Russia.

“The main thing is for more people to take action and not be indifferent, and I’m happy to see more people getting involved,” Alekhina says.

Grigoryan agreed. “The more people talk about the Khachaturyan sisters, the longer the media writes about it, the more often we take to the streets in different cities and countries, the more chance we have to be heard,” she said.

“Anyone could be in their place. And if the state does not protect us, we protect each other.”