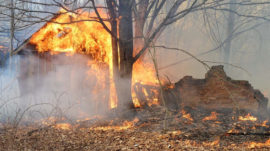 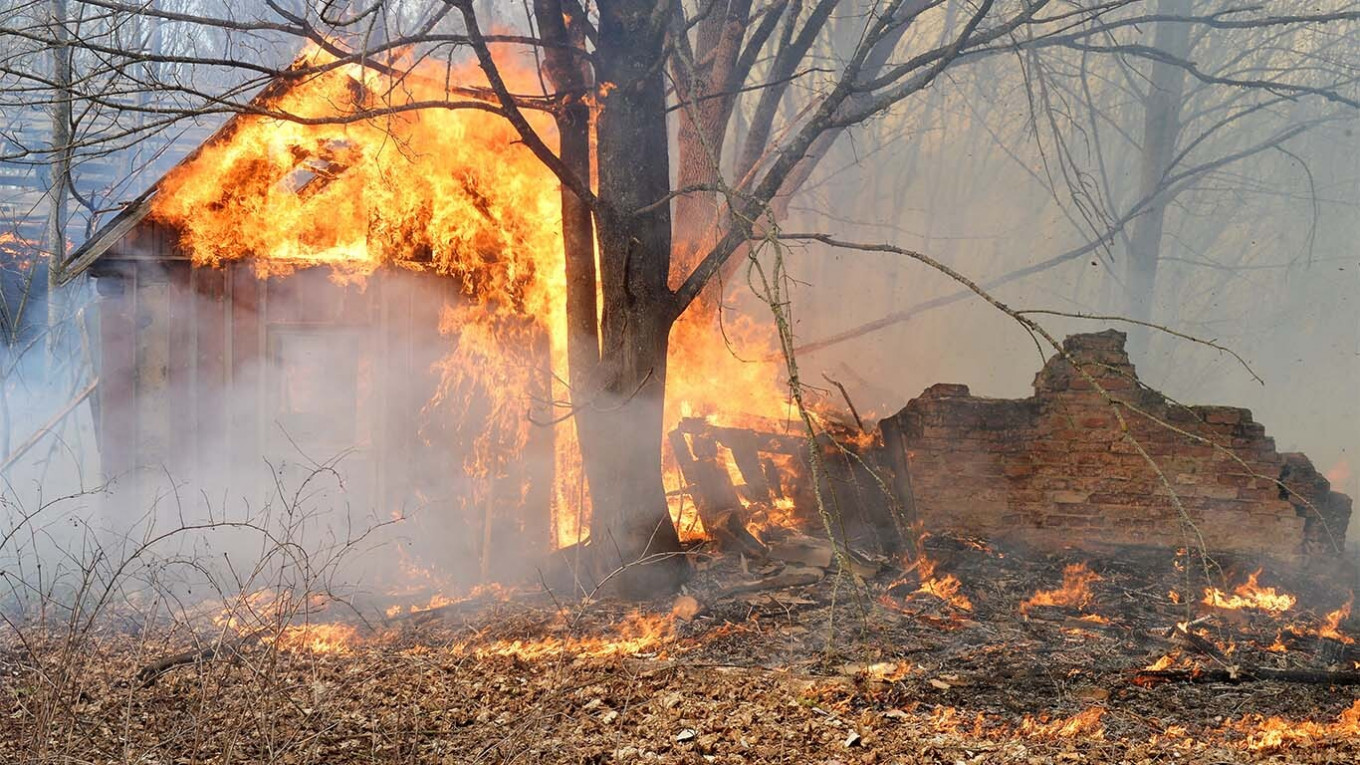 Hundreds of firefighters on Monday battled a forest blaze in Ukraine’s Chernobyl exclusion zone while officials insisted there was no risk to the ruined reactor and nearby storage facilities for nuclear waste.

“There is no threat to the Chernobyl nuclear power plant and the storage facilities,” Volodymyr Demchuk, a senior official from Ukraine’s emergency service, said in a video statement late Monday.

The fire broke out 10 days ago at the scene of the world’s worst nuclear accident in 1986.

Kiev has mobilized helicopters and more than 400 firefighters, with planes dropping tonnes of water on the fire.

Demchuk said firefighters are now focused on stopping the spread.

While forest fires are common in the exclusion zone, Greenpeace Russia said Monday that this is the worst since the 1986 nuclear explosion.

The environmental campaign group said that analysis of satellite images showed the fire at its closest point was just 1.5 kilometers (less than a mile) from the protective dome over the ruined reactor.

Sergiy Zibtsev, head of the Regional Eastern European Fire Monitoring Center, told AFP that the fire is “super-huge” and “unpredictable.”

The Ukrainian emergency service has not provided recent figures on the size of the fire.

Yaroslav Yemelianenko, head of the Chernobyl tour guide association, said the fire had reached the ghost town of Pripyat, a city near Chernobyl whose population of around 50,000 was evacuated after the explosion.

Pripyat has become popular with tourists from all over the world.

“The situation is critical,” Yemelianenko wrote on his Facebook page.

Ukraine’s deputy interior minister Anton Gerashchenko, however, said there is no danger for the nuclear waste storage facilities.

The fire broke out on April 4 in a forested area near the Chernobyl power plant.

Police said the blaze was started by a man burning dry grass near the exclusion zone around the ruined reactor.

Government agencies have insisted the fire has not caused a spike in radiation levels.

The head of the state ecological service, Yegor Firsov, wrote on Facebook a day after the fire broke out that levels at the center of the fire were higher than normal. He later withdrew the claim.

Chernobyl polluted a large swathe of Europe when its fourth reactor exploded in April 1986.

People are not allowed to live within 30 kilometers (18 miles) of the power station.

The three other reactors at Chernobyl continued to generate electricity until the power station finally closed in 2000. A giant protective dome was put in place over the fourth reactor in 2016.