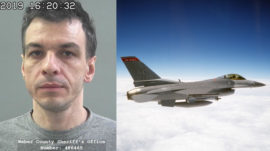 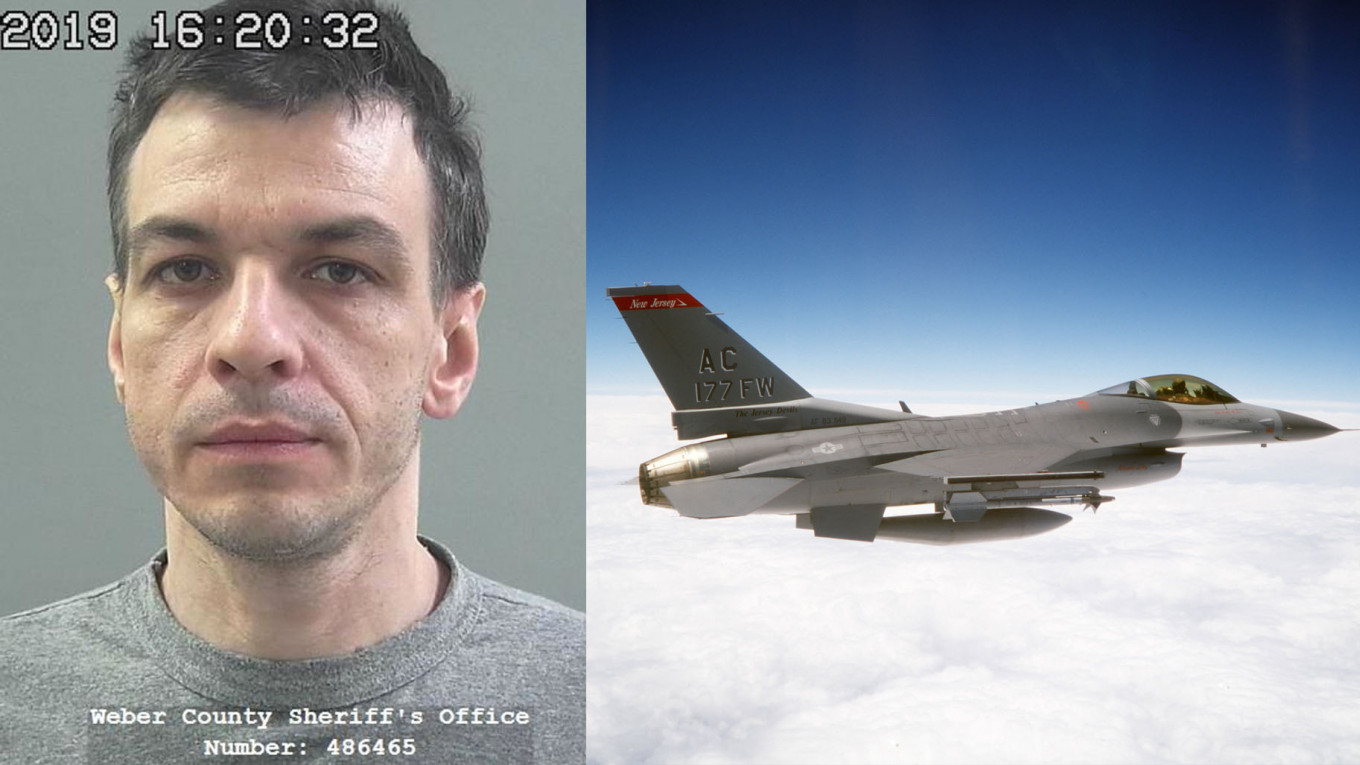 The Kremlin protested on Wednesday over the extradition from ex-Soviet Georgia to the United States of a Russian man accused of smuggling F-16 fighter jet manuals into Russia in breach of U.S. arms export law.

Oleg Tishchenko, a software developer, was earlier this year extradited to the United States from Georgia, where he was reported to have been arrested on a U.S. warrant while attending a dance festival.

Russian diplomats say he is now being held in a Utah jail ahead of his trial later this year.

Tishchenko, 42, says he bought the F-16 fighter jet manuals on eBay in order to help develop an ultra-realistic flight simulator. He has been charged with five offenses, including smuggling, conspiring against the United States, and violating the U.S. Arms Export Control Act, Russian diplomats say.

He was also interested in obtaining manuals for other more advanced U.S. military aircraft such as the F-35 multi-role stealth fighter, according to an affidavit in support of the U.S. extradition request.

The case is likely to worsen already poor U.S.-Russia relations which both Washington and Moscow have spoken of wanting to improve despite sharp differences over everything from Venezuela to Ukraine.

The Russian Embassy in Washington said on Wednesday it was possible that Tishchenko had been set up by U.S. authorities.

“There are signs in this case of a provocation by the U.S. intelligence services,” it said in a statement.

Asked about the case on Wednesday, Kremlin spokesman Dmitry Peskov told reporters Moscow was worried about the U.S. practice of having Russian nationals extradited from third countries like Georgia.

Russia itself does not extradite its own citizens, a practice that is banned under the Russian constitution.

“He’s a Russian citizen,” Peskov said of Tishchenko. “We are really worried and unhappy about the Americans carrying out such cross-border provocative actions towards Russian citizens. We are conveying our concerns and dissatisfaction to American colleagues at different levels.”

Washington itself is unhappy about a number of U.S. citizens being detained in Russia. U.S. Secretary of State Mike Pompeo raised the issue on Tuesday during talks with Russian Foreign Minister Sergei Lavrov.

The case of Paul Whelan, a former U.S. marine accused of espionage, and that of Michael Calvey, a U.S. investor accused of embezzlement, are of particular interest to U.S. authorities. Both men deny wrongdoing. Whelan is in pre-trial detention while Calvey has been freed on bail and placed under house arrest.

On This Day: Mikhail BulgakovIn Russia’s Arctic, Oil Majors and Reindeer Herders Are Coming Together