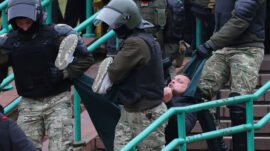 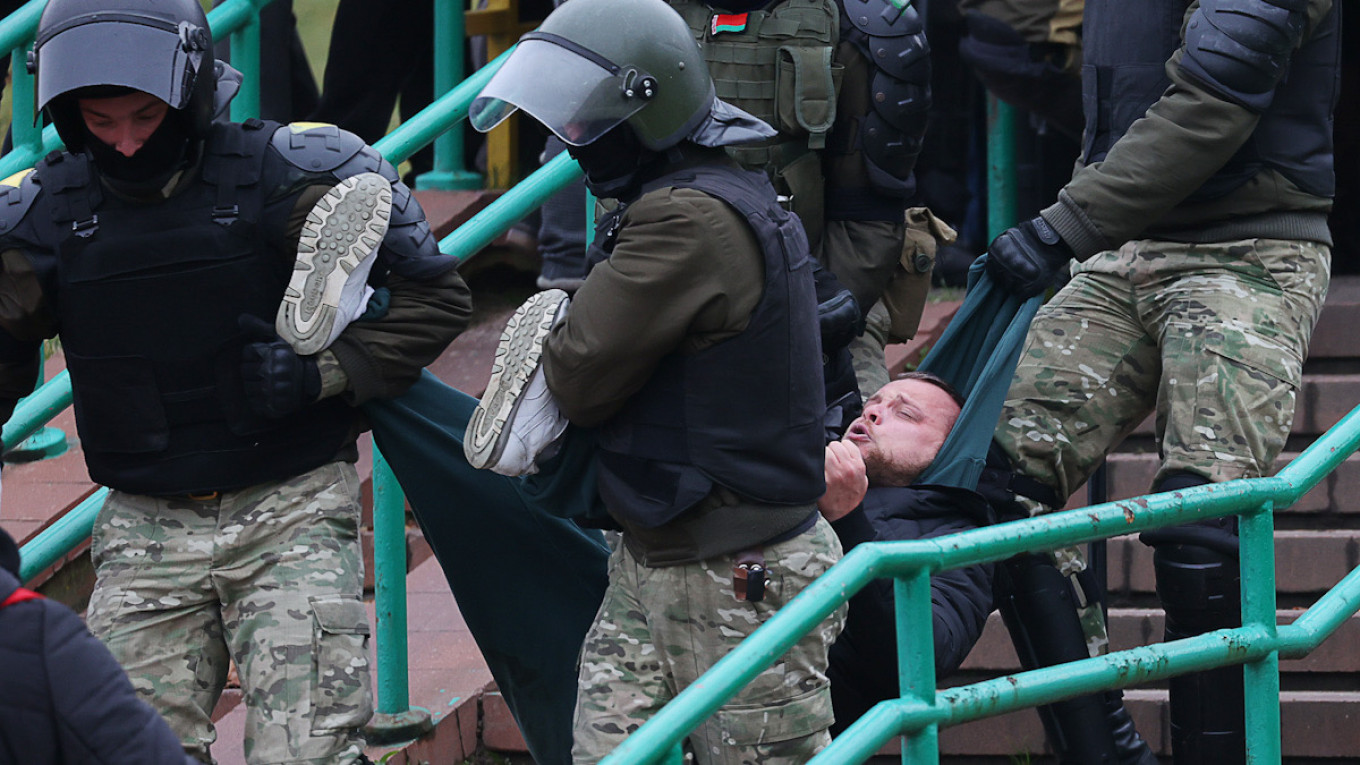 Peskov spoke after thousands of Belarusians took to the streets Sunday to protest the death of arts teacher and former soldier Roman Bondarenko in police custody last week. Bondarenko, 31, never recovered from a coma after men believed to be plainclothes officers, a claim denied by the authorities, beat him and took him to a police station Wednesday.

“It goes without saying that brutality, unprovoked by some actions of the protesters, is undesirable and impermissible,” Peskov was quoted as saying to reporters by the state-run TASS news agency.

“But it is impossible to turn a blind eye to the instances of provocations against the law enforcement officers, which do take place, too,” Peskov added.

Witnesses said Bondarenko was beaten and arrested following a dispute over red-and-white ribbons that represent the Belarusian opposition on display in a Minsk courtyard that has become a regular meeting spot for the protest movement.

The European Union warned that it could impose further sanctions on Belarusian targets following Bondarenko’s death, which Minsk vowed to reciprocate. Brussels blamed Belarusian authorities for violence against the population and of creating an environment condoning “lawless, violent acts.”

Tuesday marks the 101st day of near-daily rallies against Belarusian President Alexander Lukashenko, whose re-election is disputed by protesters and the exiled opposition leader Svetlana Tikhanovskaya who claims to have won the Aug. 9 vote. Police have detained thousands of protesters, who have reported torture and abuse in custody.