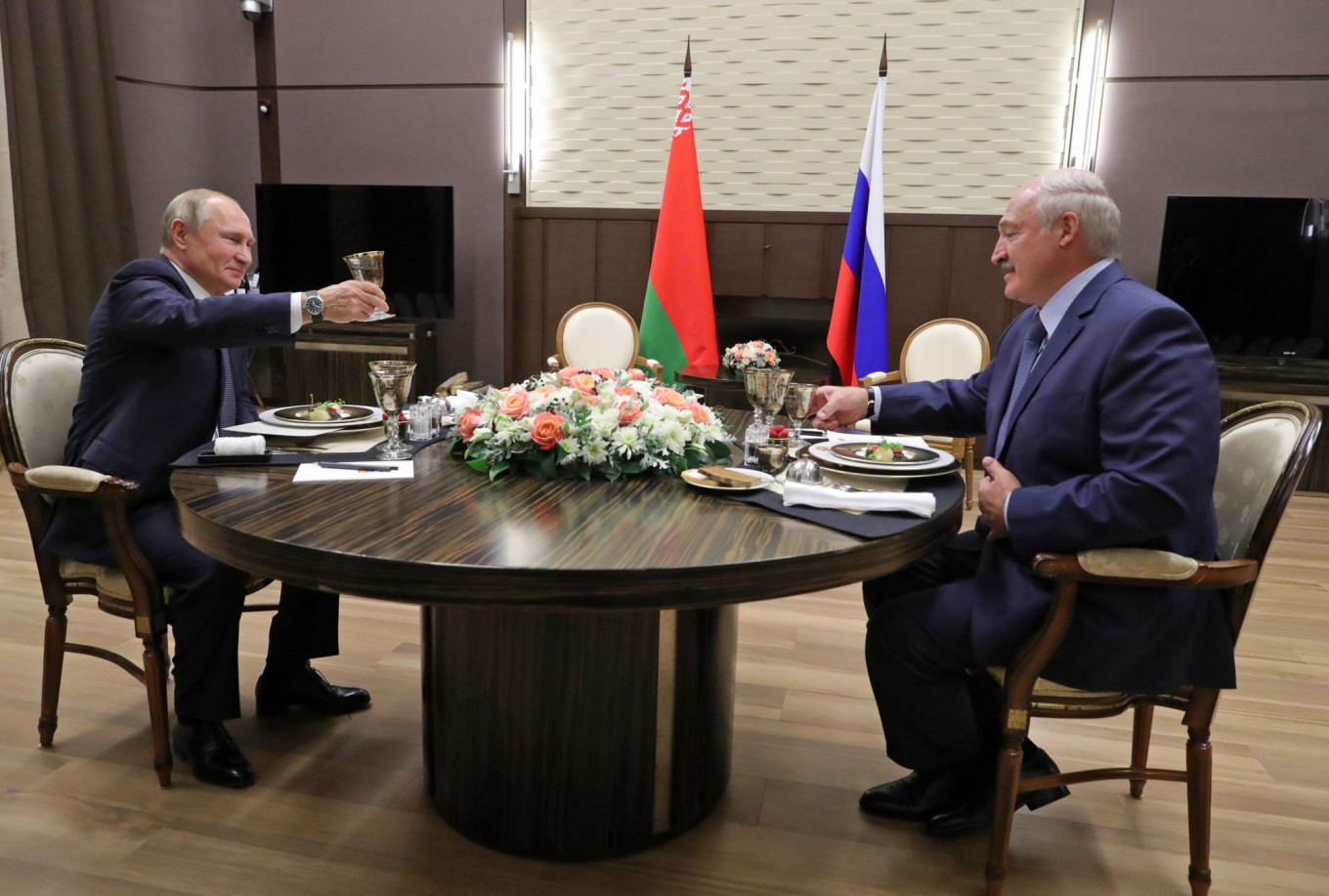 Talks between the Russian and Belarusian Presidents in Sochi Saturday over plans for closer integration of the two countries appeared to end in a stalemate.

Vladimir Putin and his Belarusian counterpart Alexander Lukashenko were locked in negotiations for more than five hours at the Black Sea resort Saturday, the Kremlin confirmed — although the pair managed only to strike an agreement to meet for further talks in two weeks in St. Petersburg.

The pair were discussing plans to advance the integration pact between Russia and Belarus. Dozens of activists took to the streets in Belarus’ capital Minsk yesterday to highlight their opposition to a new deal, which they fear could see Belarus, with its population of nine million compared to Russia’s 145 million, swallowed up.

Sunday marks the 20th anniversary of the creation of the so-called Union State between Russia and Belarus, which envisaged a free travel area without border checks, akin to Europe’s Schengen Zone, customs-free trade between the two, a joint currency, military cooperation and a host of new joint political bodies and institutions. Only some of these goals have been reached, with the free travel area between Russia and Belarus the most visible achievement.

Ahead of the 20th anniversary, the two sides have tried to reinvigorate the Union State and move forward with plans for closer integration between the two countries.

However, Putin and Lukashenko departed Sochi without the much-trailed deal, leaving without even delivering a customary joint press conference.

The main sticking point — as it has been in previous attempts at integration — was over energy prices. Belarus objects to paying higher prices for Russian gas than Russian households and businesses, arguing it puts Belarussian firms at a competitive disadvantage.

“We do not ask, as some say, for cheap gas and cheap oil,” Belarus’ Lukashenko said ahead of the meeting.

“We are ready to buy gas at $200 dollars [per thousand cubic meters]. But the main thing is to have equal conditions. If our enterprises pay $200, then competing enterprises [in Russia] should pay the same price. Otherwise, we simply won’t find a basis for our relationship,” Lukashenko told Belarusian media, the BBC’s Russian service reported.

Putin has not commented on the negotiations, although economy minister Maxim Oreshkin who was also in Sochi for the talks said “serious progress” had been made, “even on the issue of oil gas.”

“The positions of the parties were very seriously brought close together,” he said.

The pair will meet in St. Petersburg on Dec. 20 for the next round of talks.