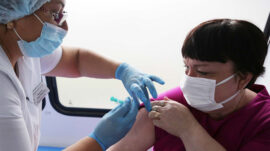 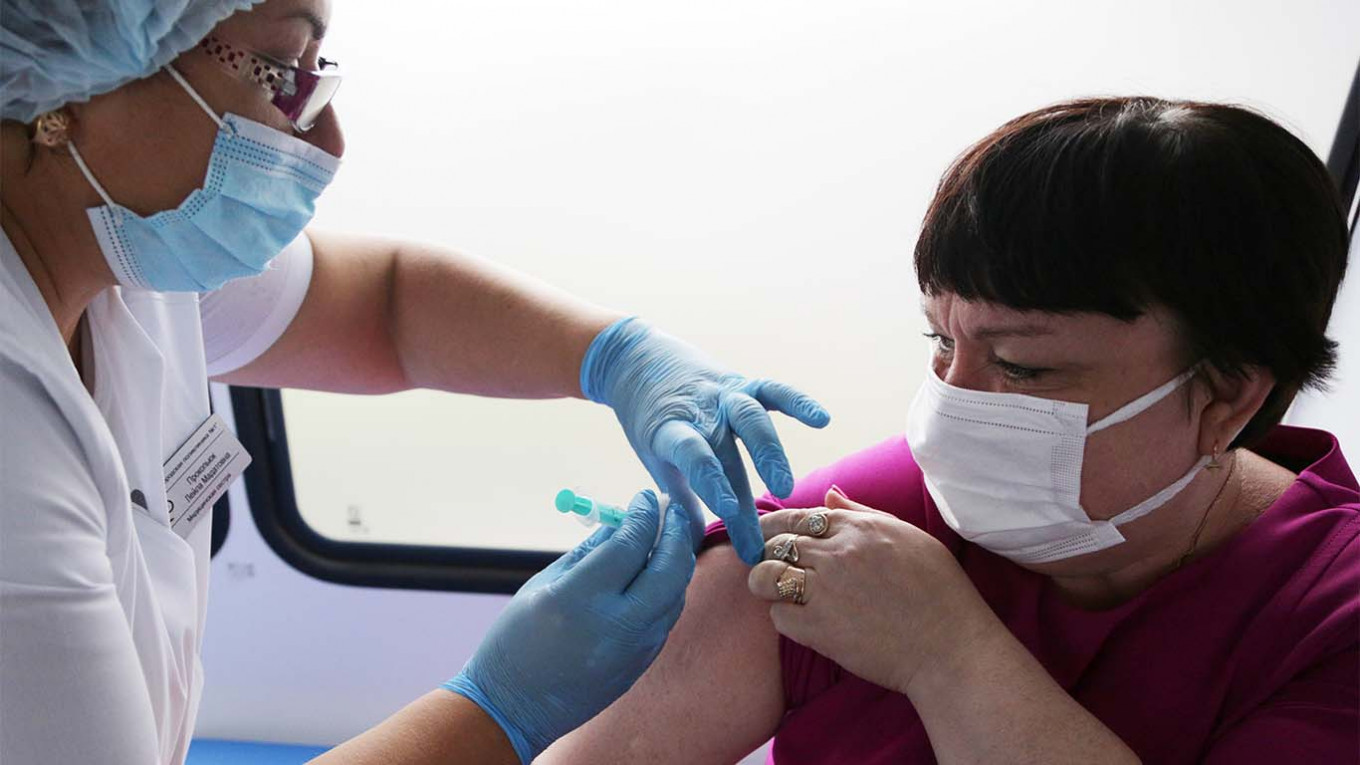 A group of prominent scientists and doctors has questioned the results of Russia’s research into a Covid-19 vaccine.

The group said there are a number of unexplained apparent duplications in Russia’s data — published in scientific journal The Lancet on Friday — concerning the antibody response of volunteers who took part in early stage trials of Russia’s Sputnik V vaccine.

“There are very strange patterns in the data,” Enrico Bucci, a biology professor at Temple University in the U.S. who has published an open letter highlighting the concerns told The Moscow Times.

“By strange patterns I mean there are duplicate values for different [groups of] patients … which cannot be,” Bucci said, in reference to results concerning the production of antibodies by groups of patients who had been tested with different formulations of the vaccine.

Russia tested six different vaccine formulations on a total of 76 patients — four groups of nine and two groups of 20.

“Among the [different] groups of nine patients, testing completely different things, you see exactly the same numbers. It’s highly improbable to observe such a huge number of duplications,” Bucci said.

“It’s like if you throw a dice and you get exactly the same sequence of numbers several times — it’s highly improbable,” he added.

“The data looks like it’s been photoshopped … it’s too similar and too unlikely from a statistical point of view,” Andrea Cossarizza, professor of pathology and immunology at the University of Modena and one of the signatories to the letter told The Moscow Times. He was referring to charts published along with the article in The Lancet.

Cossarizza went on to explain that it would be “very strange” for the same numbers to appear in all the possible experiments in different populations of people who received a vaccine.

Bucci said that published research into other vaccines currently being tested did not show such duplications.

“We looked into it and we didn’t discover anything strange with China’s vaccine, the U.S. vaccine or others like the Oxford vaccine. We didn’t find anything strange … which is the usual situation.”

To date, the letter has been signed by 19 scientists working at leading universities in Italy, France, Germany, U.S. and Japan, and Bucci said more have requested that their names be added.

Denis Logunov, who is in charge of developing Russia’s Sputnik V vaccine at the Gamaleya research center told Meduza there were no errors in the information presented in The Lancet article, of which he is the lead author. He said he would not respond directly to the scientists behind the open letter but would engage with The Lancet’s editorial board if they requested clarifications.

In a statement, The Lancet said it “encourages scientific debate on papers we have published … We have shared the letter directly with the authors and encouraged them to engage in the scientific discussion.”

Other Russian scientists were discussing the issue on Facebook on Tuesday.

“I share the main concern of the authors of the letter — the data for certain control groups looks too similar, and there is a high probability that such data didn’t arise by chance,” Russian cell biologist Victor Tatarskii told The Moscow Times, adding, however, that the possibility of coincidence should not be excluded due the low number of participants.

Russia’s findings on its Phase I/II vaccine trials were published in The Lancet last week in the first opportunity for international peers to inspect the research into Russia’s vaccination, which has already received government approval.

But the scientists criticized the Russian authors and the journal for not publishing the full raw data alongside the study. Other published research into coronavirus vaccines has included original data which allows scientists around the world to scrutinize the results.

Cossarizza said the results seem like such a clear error it is surprising they were not flagged before publication. “It could be a mistake,” he said, but added that in numerous other cases where an error of a similar scale has been published in a scientific paper, manipulation was at play.

The Lancet came under fire at the end of May after it published a study suggesting that using malaria drug hydroxychloroquine to treat people with Covid-19 could be dangerous. The Lancet retracted the paper in June, after 120 researchers signed a letter voicing concerns about the quality of the data and its analysis.

However, Bucci fears the journal “has not learned the lesson,” as it has been publishing research without the original data “with increasing frequency during the pandemic.”

The letter is designed as a call for The Lancet and the Russian authors of the study to publish the original data or explain the “highly unlikely” duplications in the results.

“This is a request for clarification. It’s not an allegation of anything,” Bucci said.