Migrants Waiting For Coronavirus Flights Kicked Out of Moscow Airport 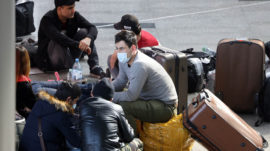 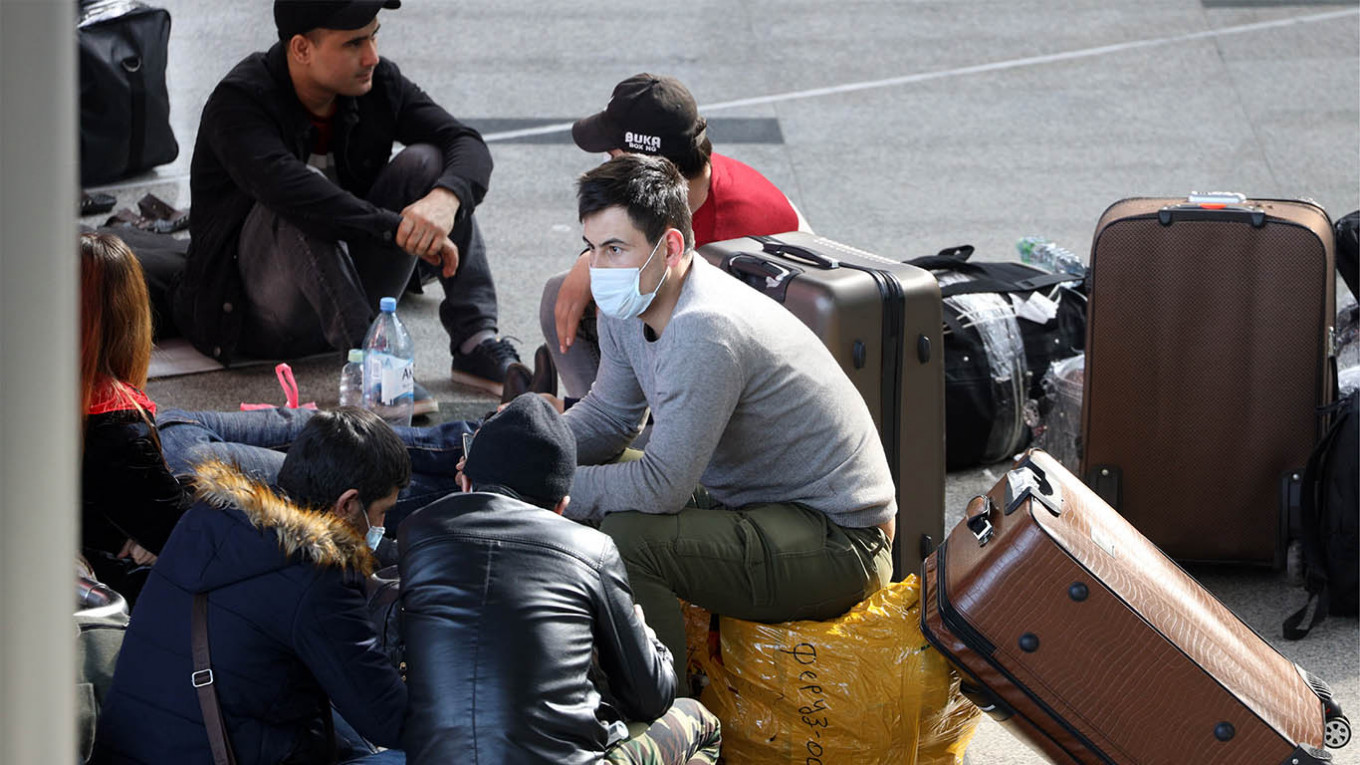 As many as 300 Central Asian migrants hoping to return home from Russia because of the coronavirus pandemic were kicked out of Moscow’s Domodedovo Airport overnight, according to reports on social media Tuesday.

Migrant workers from Central Asia have been stranded in unsanitary conditions at Moscow’s four international airports for weeks after airlines canceled flights and jacked up prices due to the spreading virus. Among them were 200 migrants from Tajikistan were reported to have been stuck in Domodedovo for two weeks after the post-Soviet nation’s airline that had promised to take them home suspended flights.

One of the Tajik migrants told journalist Galiya Ibragimova that men in uniforms had instructed the Tajiks and other nationals, who in total numbered almost 300, to gather in one place and prepare for their flight home, Ibrgimova wrote on Facebook.

“When we all gathered, we were simply kicked out on the street at night in the cold,” Ibragimova quoted a migrant named Farukh as saying.

A video shared by Farukh showed a group of men with luggage gathered outside the entrance to Domodedovo.

“We plow like horses in Russia and rarely get a day off. Now, no one needs us and we’ve been thrown out like unneeded baggage,” he wrote.

Russia closed its borders Monday and grounded international flights last week in a bid to curb the number of coronavirus cases. The country reported its seventh successive record daily surge in coronavirus cases Tuesday to a total of 2,337 infections.

Meanwhile, 300 Kyrgyz migrants stuck at Novosibirsk airport in Siberia have declared a hunger strike, demanding that their government flies them home.

Dozens of Russian nationals stranded at JFK Airport in New York, the epicenter of the coronavirus outbreak in the United States, have also appealed for the Russian government to organize flights home.